Cryptocurrency and blockchain tech have had a love-hate relationship over the last several years. Bear markets are extremely gut-wrenching on the way down, and bull markets are exhilarating on the way up. This market, compared to the stock market in terms of beta, would be something more like a volcano erupting or sinkhole swallowing you alive. The argument is and will always be about what real-world purposes this technology can be used for. Gradually, this question is becoming answered as business incorporates it into cost-saving efficiencies and firms such as Morgan Creek offer easy ways to invest in it. 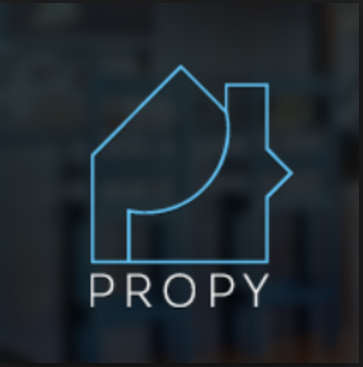 One such company is Propy, which I bought during its ICO over a year ago. I’ve written a few articles in the past about Propy, and I believe their progress is quantifiable. Although the ebbs and flows have left me up 6 times and down 50%, this project is something that is catching on. A press release on MarketWatch, recently announced that Propy and Vermont signed into law bill S. 269 (act 205), which makes Propy a significant partner to the Vermont government. One significant portion of the bill is that it creates studies for expanding research and lays the groundwork for new corporations. The bill allows the regulation and creation of personal information protection companies. Additionally, blockchain-based limited liability companies are gaining legal status as well under this new legislation.

Propy has piloted a few transactions in Vermont already: including a commercial real estate deed transferred on the blockchain, sales of houses via the Propy registry platform, and several transactions of houses in a few states. Projects like these are definitely worth speculating on, as Propy has a real-world purpose with a real-world asset. 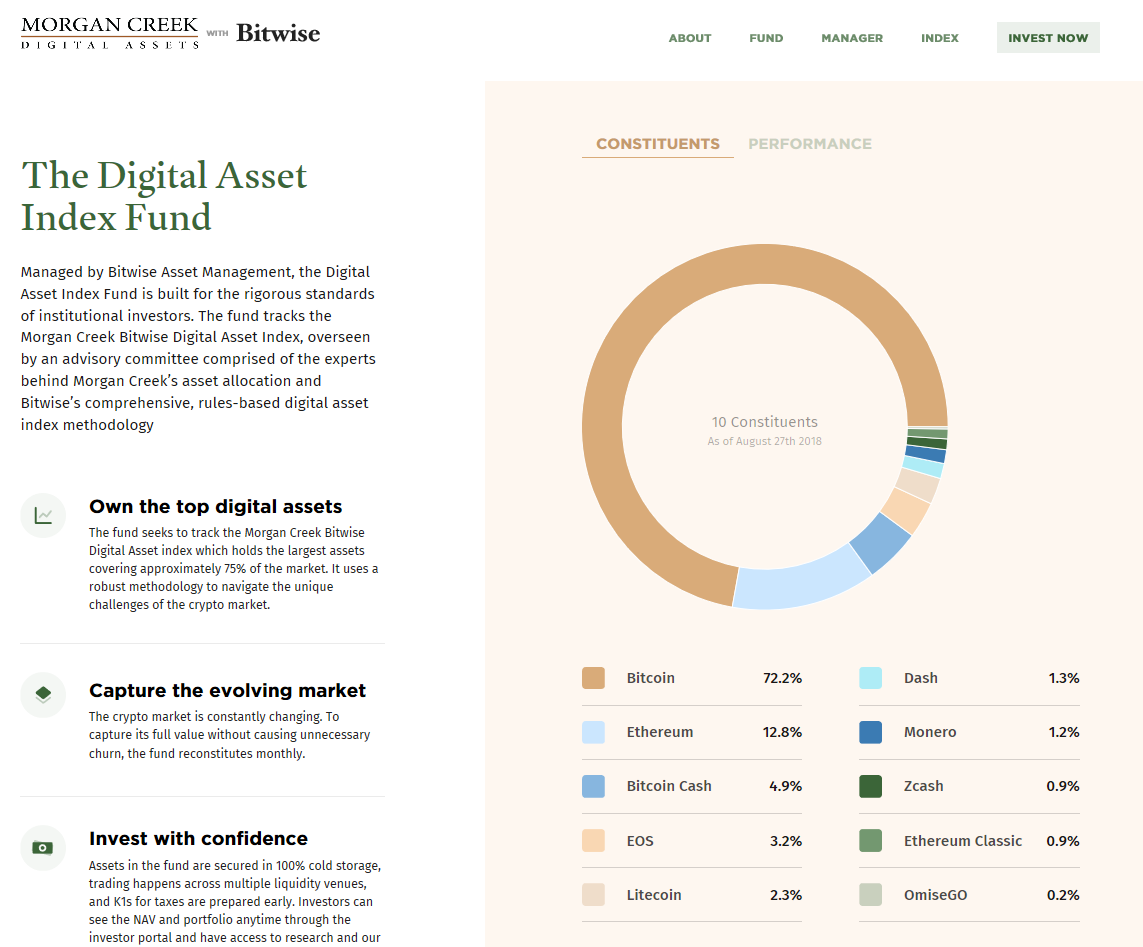 This is a significant development, as it will give accredited investors the opportunity to invest in cryptocurrencies. The fund will only provide exposure to mined coins, which are coins that are not centrally-owned. A core mission of the fund is to stay away from a coin that is 30% owned by a central authority. The index will include Bitcoin, Ethereum, Bitcoin Cash, EOS, Ethereum Classic, Dash, OmiseGo, Zcash, and Monero. The fund will be recalculated monthly to accurately portray net asset value. 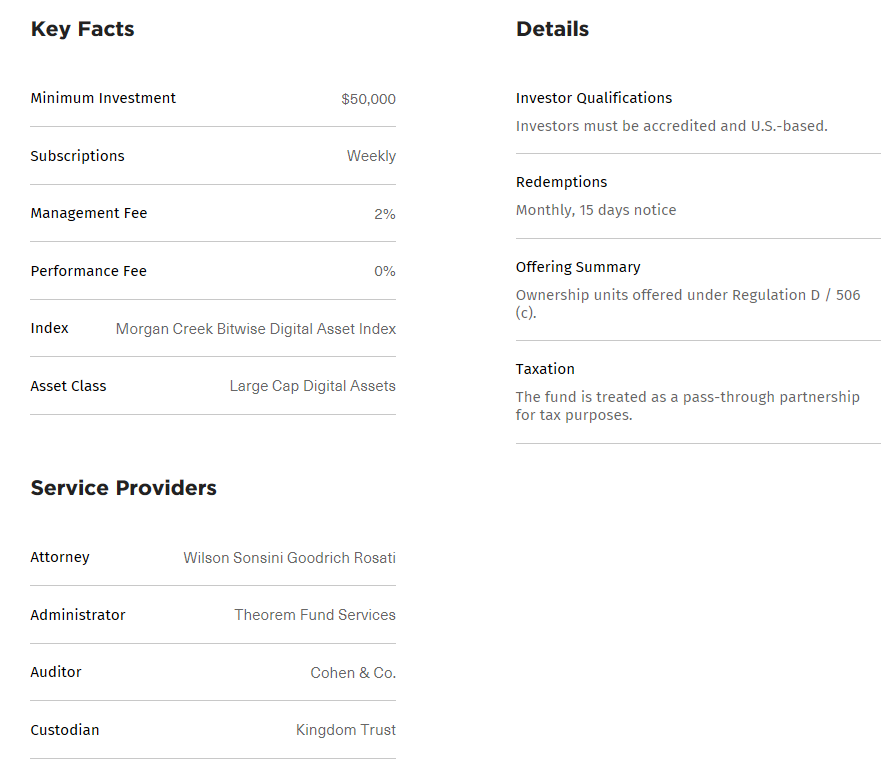 Mark Yusko has made the case for the technological boom in blockchain tech with this move. Old analog assets will be replaced with these new digital units of account. Technology goes through periods of innovation, and this will be no different. The time between the uptrend and the downtrend requires a lot of patience. It’s tough to ignore the noise in the short-term, as it clouds judgment, but if you stay true to your convictions, the reward will be worth it. 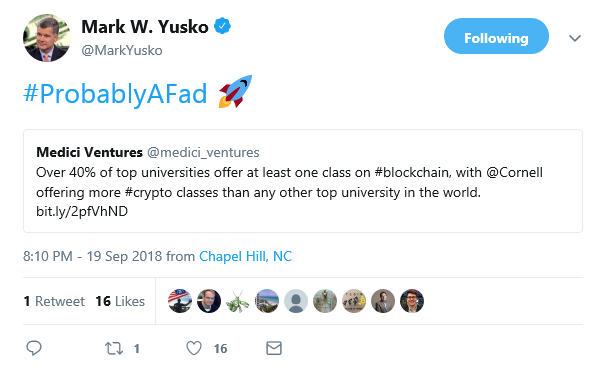 Additionally, Yahoo Finance added several cryptocurrencies to its platform. Some of the currencies are Bitcoin, Litecoin, Ethereum, OmiseGo, EOS, Zcash, Cardano, Stellar, Bitcoin Cash, Tron, Ethereum Classic, and Monero. The developments are slow but consistent, and the trend is definitely not a fad. 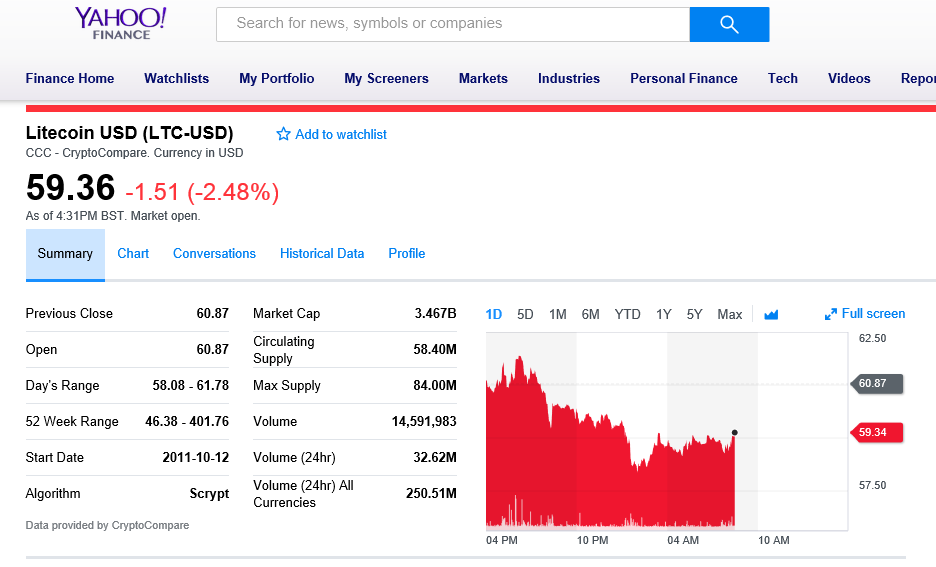