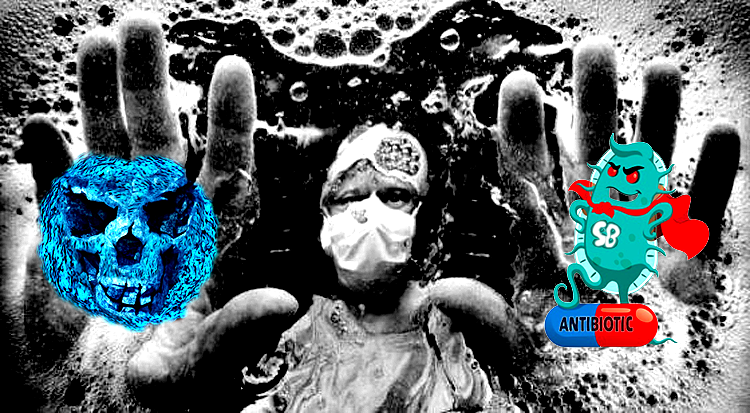 “When I woke up just after dawn on Sept. 28, 1928, I certainly did not plan to revolutionize all medicine by discovering the world’s first antibiotic, or bacteria killer… It is not difficult to make microbes resistant to penicillin in the laboratory by exposing them to concentrations not sufficient to kill them, and the same thing has occasionally happened in the body. The time may come when penicillin can be bought by anyone in the shops. Then there is the danger that the ignorant man may easily under dose himself, and by exposing his microbes to non-lethal quantities of the drug make them resistant.” – Andrew Fleming, 1945

An article published last week raises the alarm on a mutating fungus that joins a growing superbug epidemic that is no longer restricted to virus or bacteria strains.

Mysterious Infection Spanning the Globe in a Climate of Secrecy… “A man at Mount Sinai Hospital died after 90 days of hospitalization, but the superbug did not. Tests showed it was everywhere in his room, so invasive that the hospital needed special cleaning equipment and had to rip out ceiling and floor tiles to eradicate it… The germ, a fungus called Candida auris is quietly spreading across the globe… leading the federal Centers for Disease Control and Prevention to add it to a list of germs deemed ‘urgent threats.’” – NYT, Apr. 6

Antimicrobial resistance personally affected my family beginning in 2014 and will forever haunt my dad, who was stricken with methicillin-resistant Staphylococcus aureus (MRSA), as well as a fungal infection that tagged along for the ride. My dad is a retired military veteran and former USPS letter carrier with a six-foot-tall physique and muscular legs that any body builder would envy. He encountered several health struggles as he aged, but none as devastating as a superbug.

Arteriosclerosis took its toll with a mild heart attack, and stents were a successful remedy. However, at the age of 80, a hardening of the arteries morphed into a blood clot issue following bypass surgery on each thigh over a six-month period. There is always risk with any bypass procedure that a small piece of plaque breaks away and travels to an extremity, the lungs, or your brain. In his case, it was his feet. We believed the danger had passed while he was well into a recovery phase, but a few months later, one of his toes turned blue.

The first of many heart-breaking moments was during a discussion with his surgeon at the hospital. I was sitting on the arm of a reclining chair that my dad was sitting in. With my arm around him and mom giving comfort, he faced the reality of amputation. Unfortunately, when faced with that particular circumstance, the extent of amputation cannot be determined until the surgeon has opened you up and checked the plumbing. Based on the exploratory and best outcome for the transition to a prosthetic leg, the surgeon performed an above-the-knee amputation on the fly.

My dad faced the same circumstances six months later with his other foot, which resulted in a below-the-knee amputation to facilitate the use of a knee joint for double-amputee prosthetics. The doctors placed a stent around his knee to keep it straight for a week. It was during that time that antimicrobial resistance became an issue. The stent rubbed on a small area just below his knee and pierced the skin, in which MRSA and a fungus took bloom. His room at the hospital morphed into a semi-quarantine zone where a full-body apron and hand gloves were the required attire.

He survived it all, as well as having made amazing progress in learning how to walk with two prosthetic legs. When he was ready to go solo outside of physical therapy sessions, the MRSA infection returned to where the stump of a leg rests on top the prosthetic, and that battle included a sepsis blood infection. One year later, the leg with a below-the-knee amputation became an above-the-knee. He is doing well now, resigned to using an electric power chair, and he’s been infection-free for nearly a year.

Antimicrobial resistance is not only an extreme challenge for the patient, but also risks financial destruction if an individual or family lacks the resources to survive the medical needs. What I learned from my experience is to avoid hospital environments as much as possible, educate yourself on the superbug threat without being a germaphobe, and take common sense measures in your daily life to mitigate the risk of any type of infection. A good start is to use old-fashioned hand soap instead of antibacterial cleansers, keep your tummy flora healthy with probiotics, and maintain a supply of a proven natural remedy, such as Oregano Oil of at least 85% carvacrol strength, instead of relying on pharmaceuticals, antibiotics, antiviral, and antifungal allopathic choices.

Five Reasons Why You Should Probably Stop Using Antibacterial Soap… “As the FDA recently noted, antibacterial products are no more effective than soap and water, and could be dangerous.” – Smithsonian, Jan. 2014

Antibacterial Soap? You Can Skip It, Use Plain Soap and Water – FDA, Sep. 2016

Evidence Based: Oregano Oil Benefits for Infections… “Carvacrol, a monoterpenic phenol, has emerged for its wide spectrum activity extended to food spoilage or pathogenic fungi, yeast and bacteria as well as human, animal and plant pathogenic microorganisms including drug-resistant and biofilm forming microorganisms.” – Dr. Axe, Sep. 2018

The usefulness of oregano and its derivatives in poultry nutrition – Cambridge University, Sep. 2018 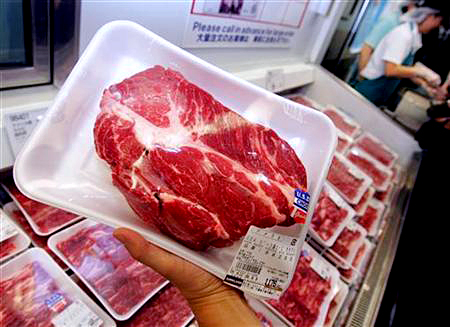 If you or those you care about ever face an antimicrobial resistance situation that is life threatening, consider the phage therapy as a last resort.

How Sewage Saved My Husband’s Life from a Superbug… “Tom Patterson was dying from a superbug infection and all antibiotics had failed. Find out how his wife, Dr. Steffanie Strathdee, saved his life from the terrible antibiotic-resistant infection by utilizing bacteriophages, viruses found in sewage.” – Steffanie Strathdee w/TEDx Talks. Oct. 2017 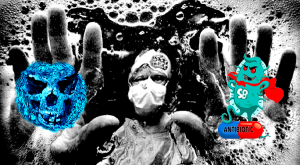