Writing specifically about financial topics may become monotonous for some readers, so today I am going to add a twist to a road that ultimately threatens your financial well-being, despite how distant from your everyday life it may appear to be. Hopefully, a belly laugh as we approach the end of a cold February will temporarily relieve you of any anxiety felt due to a realization that Big Brother and socialist politicos are finding glory in obliterating liberties and pecking away at your finances while they keep their own. Unfortunately, money does make the world go around more often than we admit, even if you live the off-grid, rural homesteader life that may barter to fill any empty pantry shelf or repay a neighbor’s past favor on occasion. At least for the homesteader, the following scenario likely applies a lot less often. When kids experience a verbal whipping for imitating an adult habit or behavior such as spending money on frivolous activity, a favorite idiom utilized by the guilty parent of why the juvenile should set aside as much capital as possible when young, rather then spend it, typically falls under the idiom of “do as I say, not as I do.”

This road is one of a freshman congressional representative, self-described socialist, and self-ordained nanny state boss. Alexandria Ocasio-Cortez (AOC) experienced the “look in the mirror” spotlight last week when she moved into a luxury apartment building after bullhorning her poor bartender Bronx card following a humble upbringing prior to her election to Congress. As it turns out, the apartment complex lacks affordable housing units, which was a platform she championed during the election campaign. The Washington Examiner lambasted her girl-cave with the headline “Poor people not allowed in AOC’s luxury apartment complex.” Ruh-roh!  The journo magnifying glass also revealed that payments to her boyfriend raised some eyebrows and are now the focus of a Federal Election Commission complaint. Always be careful of those who flaunt their own integrity while questioning the integrity of everyone else.

There are just so many paths along this road to get lost on and criticize. Let us cut to the chase and experience a brief taste just beyond the girl cave life with one machination that populates AOC’s “Green New Deal.”  Cow farts and hamburgers are now politically incorrect unless you are part of her utopian think tank that’s full of hot air. The radical plan calls for every single building in the United States to be upgraded or replaced. The legislative nightmare is so bad that even liberal union leaders predict that the socialist overhaul would lead to catastrophic job losses across all industries. Beyond that, it is amazing to hear AOC claim that one of the keys to saving the planet is eating fewer hamburgers. 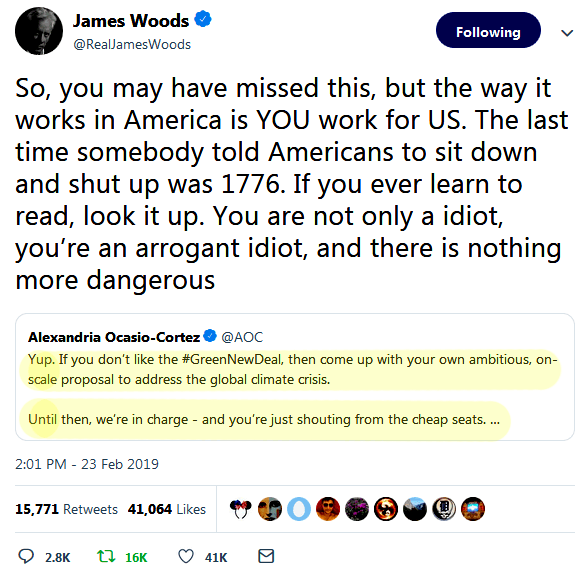 One week following the cow fart rant, AOC’s power circle appears to overflow with hypocrisy. A series of photographs went viral on Tuesday showing AOC and her chief of staff having dinner together. Chakrabarti ordered a hamburger and woofed it down right in front of her. The close-up shot shows that it was definitely an animal meat and likely a product from cows. 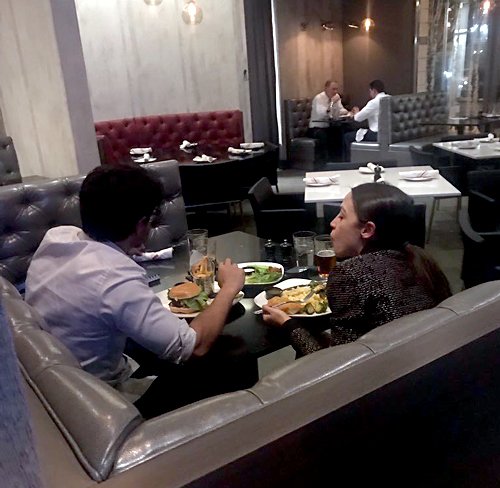 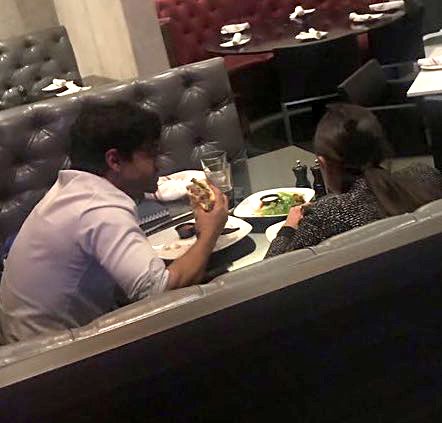 When the images flooded Twitter, AOC responded with a victim card by lashing out at the photographer as being a creep, and subsequent Twitter followers participating in the social media flood were stalkers. 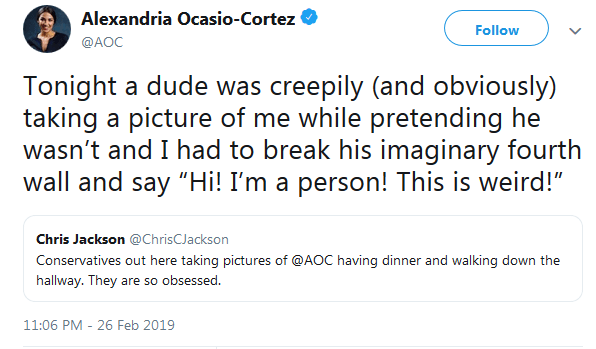 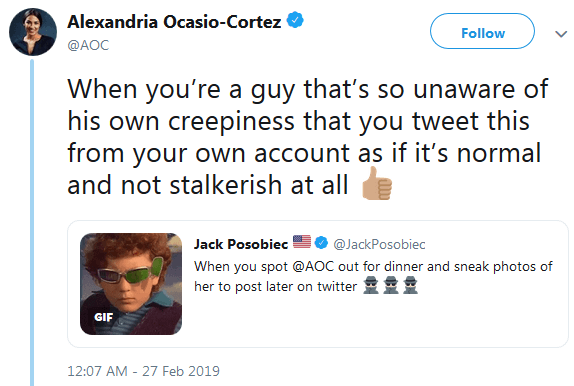 To be exposed as a hypocrite while venturing down public pedestrian spheres of intellectual intercourse must be enlightening. AOC may have embellished the initial attention she received during the election campaign, but reality may be waking her up to how important the Constitution, liberty, and privacy actually are. I suppose the invasive activity encouraged by Maxine Waters to harass POTUS administration officials and supporters no matter where you find them does not apply to DSA and DNC card carriers.

Did you know that some flatulent cows caused a methane explosion at a German dairy farm that nearly took off the entire roof? I can only offer humble advice to help tackle the cow fart emergency. There are natural alternatives to assist with solving problems, rather than hitting it with a hammer just because you see a nail.

Falling Down – The Customer is Always Right (1993) 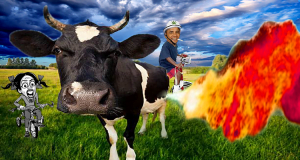