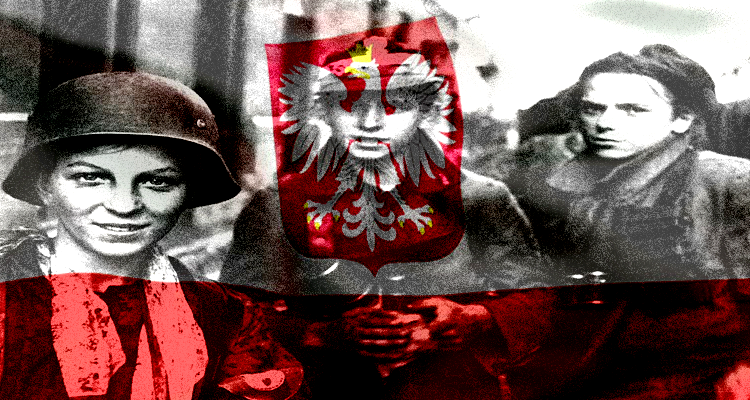 As a final rehearsal for Russia’s annual V-Day parade takes place in Red Square and other countries approach their anniversary date marking the end of World War II, a debate over war reparations is brewing under the surface on multiple fronts. As an American of Polish heritage, I have chosen to focus on Poland’s role in WWII and request for justice today.

Poland and Poles in the Second World War – Ministry of Foreign Affairs, Republic of Poland

Soviet monuments in Poland should be left to rot… “There were 1.5 million Poles deported to Siberia. They were forcibly taken from their homes in eastern Poland to gulags. Most died of starvation and disease under forced labor… My grandfather was one of the few who survived. To him and his contemporaries, the hostile Soviet invaders’ motivation was not liberation but conquest… It should be clearly stated that the Soviets and Nazis agreed to jointly invade and carve up Poland. When Hitler went back on the deal, they fought each other for control of Poland. The Soviets won, and history was rewritten by the winners. They did this with decades of deceit, propagated through the Polish school system, denying not just the Katyn massacre, but also the bravery of those like my grandfather who fought at Monte Cassino, the 1st Armored Polish Division, which won critical battles in the D-Day landings, and the 303 Squadron pilots who made all the difference in the Battle of Britain. The puppet government of postwar Poland was installed by Stalin in a brazen breach of the agreement reached at Yalta.”– The Guardian, Jul. 2018

The Nazis occupied a large part of Poland until their defeat and surrender to the world on May 7, 1945. Poland was the only European country that never capitulated to the Nazi military machine.

When Warsaw fell to the Nazis, the Polish Resistance (AK) went underground because confronting the Nazi military directly was a suicide mission due to the number of troops and machinery the Nazis had. The AK encompassed all members in Poland’s society and included adults, children, doctors, nurses, lawyers, entrepreneurs, bankers, artists, musicians, priests, nuns, rabbis, professors, students, and the boy scouts pictured in the headline image of this article. They were indistinguishable in appearance, and some even wore ragged Nazi uniforms, but all brandished a red and white armband that identified them as Sons and Daughters of Poland.

The AK was scattered across Poland at the onset of the war and eventually unified into a well-organized military unit that pledged allegiance to the Polish government-in-exile in London. Their initial plan was to execute a systemic uprising once the Allied armies neared the borders of Poland. Beginning in the fall of 1942, Nazi reprisals against the AK and general population intensified after the AK began blowing up railway lines and launched attacks on military targets. Public executions of thousands of suspected AK members were carried out with regularity in and around the Warsaw Ghetto, and the AK retaliated with frequent assassinations of Nazi military officers.

The Nazis expected the population of Warsaw to become docile and hide in terror following public executions. Instead, the Poles grew enraged by the evil they witnessed and skirmishes between the AK and Nazis multiplied around Warsaw and across the country. Hatred toward the SS and Nazi military deepened with a desire for vengeance as rumors of mass murder at concentration camps became fact. The Nazis initially tolerated crowds that gathered during a mass execution, but they eventually banned all public social activities. If you hesitated or paused along your travels on the street, you risked arrest or were shot on sight. If you never visited a concentration camp, I suggest you travel to Europe and visit Dachau and/or Auschwitz. The Nazis murdered approximately 5.4 million Poles during WWII. 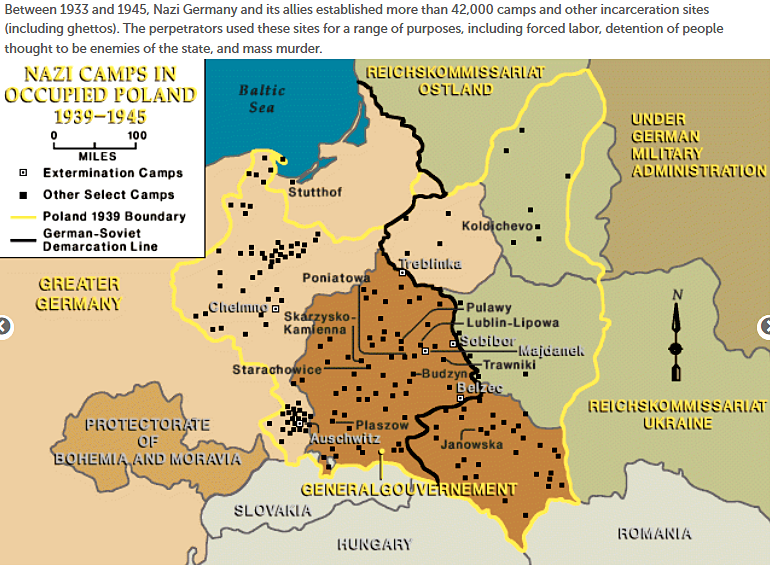 Contributions by the AK were invaluable, most importantly espionage operations. The AK discovered the location of Hitler’s V-1 and V-2 rocket manufacturing sites, cracked the secret Enigma code that the Nazis used for military communications, participated in all of Europe’s battlefronts, and assisted with the capture of Berlin. Poland felt betrayed by Winston Churchill and President Roosevelt due to agreements made during the Yalta Conference in 1945 following the surrender of Germany, but her loyalty to the Allies never faltered.

In 1953, East Germany and the communist People’s Republic of Poland were satellite states of the USSR after WWII, the Poles waived demands for compensation at that time, and East Germany surrendered most of their territory to Poland and the Soviet Union. The “Two Plus Four Treaty” of 1990 that followed the fall of the Berlin Wall in 1989 sealed the foreign policy aspects of Germany’s reunification, and according to Germany, Poland relinquished its right to demand war reparations. Under the terms of the 1990 treaty:

The spirit of the Polish Resistance resurfaced during the 1980s and 1990 with Lech Walesa and the Solidarity movement that solidified the democratic Republic of Poland through political revolution. The collapse of the Soviet Union (USSR) occurred two years later. When considering reparations to Poland, the amount Germany may have to answer for is nearly $1 trillion.

Poland PM backs claim for WWII reparations from Germany… “The prime minister said ‘talking about World War II reparations today is a claim for justice and for what belongs to Poland.’ She added: ‘“Whoever has a different view … should first look at history and thoroughly learn what was happening on Polish soil during the war.’” – RT, Aug. 2017

World War II reparations: Germany must show ‘willingness’… “The best option would be a joint approach based on the 2-plus-4 agreement, which paved the way for German reunification in 1990. The agreement was effectively a peace treaty that did not tackle the reparations issue – to the detriment of those countries that were not signatories of the treaty. It means the agreement is nonbinding for them, in accordance with international law, which is very clear on this and the German government knows this, too. It knows that the obligations it has do not fall under the statute of limitations and that nothing has been settled. It is all still up in the air. There is even a committee for this and that’s the OSCE, which has an arbitral tribunal, though it has never been called upon.” – Katarzyna Domagala-Pereira, Aug. 2018

Poland PM: We will not pay WWII compensation because Poles were ‘most murdered victims’ – i24News, May 2019

There are numerous battles and events I could highlight, but the Warsaw Ghetto uprising stands out as a surprise and psychological setback for the Nazi military. The Warsaw Ghetto displayed rare heroism behind enemy lines that helped accelerate an end to WWII. I have included a brief movie clip that captures the horror and sacrifices the AK experienced. It may require that you login to YouTube as a mature audience. 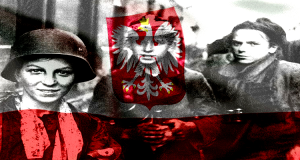