The INF treaty, signed by President Ronald Reagan and Mikhail S. Gorbachev on Dec. 8, 1987, was propitious in ending the Cold War and regarded as a keystone of American-Russian arms control efforts.

The Uncertain Future of the INF Treaty… “The INF Treaty required both countries to destroy their stockpiles of ground-launched ballistic and cruise missiles with ranges between 500 and 5,500 kilometers. The treaty, which covers both nuclear and conventionally armed missiles, also prohibits signatories from possessing, producing, and flight-testing these kinds of missiles. It was the first agreement of its kind to reduce nuclear missile stocks instead of merely establishing a limit on arsenals. While the treaty required the elimination of missile bodies and launchers, it did not result in the elimination of nuclear warheads.” – Council on Foreign Relations, Feb. 21

The key issue Russia argued over a decade ago is that the U.S. defense missile systems planned for deployment in Eastern Europe (now deployed) posed an existential threat to their national security. For a deep-dive overview into the geopolitics and military point of view in 2008, here is an excerpt from a full assessment:

Threats to and from Russia – Strategic Studies Institute, US Army War College… “An analysis of such threats reveals that the balance of threat perception is asymmetrically weighted to the Russian side which perceived threats everywhere, i.e., from within and without. This underscores the fact that the baseline of Russian foreign and defense policy is the presupposition of threat, and a pervasive one at that. Second, these threats are largely perceived in terms of a classical hard power Realpolitik even if Moscow’s instruments for countering them are largely nuclear weapons and its energy capabilities. Third, Russia’s threat perception is extensively tied to the fear of information warfare as a tool for unhinging the entire society and state. Correspondingly, this potential, in Russia’s hands, as well as its efforts to use its economic power and accompanying political instruments, are becoming the pivot of foreign perceptions of a threat originating from Russia. Finally, there is a real danger that the United States and Russia will increasingly come to see each other’s military, and/or especially nuclear or missile defense forces as threats that, under conditions of ideological and political contestation, justify a new arms race.” – Journal of Slavic Military Studies

Here is one of the first reports that the missile shield’s deployment was moving forward.

US, Czech Republic Seal Anti-Missile Radar System Deal… “US Secretary of State Condoleezza Rice announced that the deal had been reached after meeting with her counterpart Karel Schwarzenberg in Prague.” – DW, Jul. 2008

Russia began testing missiles that violated the INF treaty as early as 2008, and then in 2011, the Obama administration concluded that a compliance issue existed. In 2013, Rose Gottemoeller (currently serving as Deputy Secretary General of NATO) was the first U.S. Department of State official to raise the violation issue directly with Russian officials. It was not until 2014 that the Obama administration formally accused Russia of violating the INF treaty due to the testing of prohibited ground-launched cruise missiles. In 2015, Congressman Mike Rogers (R-AL) of the Armed Services Committee revealed that Obama and Clinton’s “reset” policy failed and that Russia was posing a new strategic nuclear threat to the U.S. and not enough was being done. 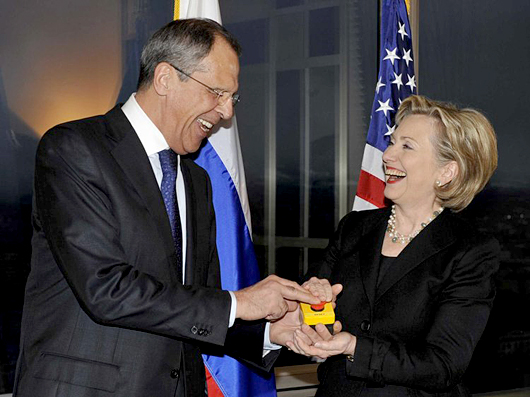 Actions by Russia that precipitated Rogers’ statement include nuclear threats to NATO states and neighboring countries, the illegal annexation of Ukraine’s Crimea peninsula, and violations of the INF treaty and other treaty breaches by developing new cruise missiles. He also exclaimed that Russia openly discussed a change in their military doctrine to consider NATO a military threat that required the use of tactical nuclear weapons at the onset of any conflict to blunt an advance of ground forces. Adding fuel to the fire, he also noted that “U.S. nuclear capabilities were stalled at 1990s levels and required modernization,” and Obama’s opposition to extending the U.S. missile defense systems into space: “while we sat back and tried to show leadership on this issue, Russia and China weaponzied it for us.” He summed up his thoughts by saying “Obama’s blindness on Russia has become dangerous.”

The Dangerous Degradation Of The U.S. Nuclear Arsenal… “Contrary to President Obama’s dream of a ‘global zero’ future without nuclear weapons, proliferation of the world’s most dangerous weapons is increasing. The Pentagon must revitalize its strategic forces or face the dangers of becoming increasingly unable to respond to a more unstable world of nuclear powers.” – Forbes, Feb. 2014

On the Brink: When Russia Would Use Tactical Nukes on NATO – The National Interest, Feb. 2016

Outnumbered, Outranged, and Outgunned: How Russia Defeats NATO – War on the Rocks, Apr. 2016

The dirty little secret in this whole mess is a small detail about those missile tubes stationed in Eastern Europe. Here are Putin’s candid comments on the missile defense shield and its consequences during a Q&A session with journos at the St. Petersburg Economic Forum in 2016, where he revealed the underlying detail (see 38:20 to 48:35).

Russia reportedly warned General Mattis it could use nuclear weapons in Europe, and it made him see Moscow as an ‘existential threat’ to the US – Business Insider, Sep. 2018

During a press gaggle last evening while in Nevada for a rally, the POTUS announced that the U.S. is terminating the INF treaty because Russia violated the agreement, unless China and Russia come to the table and renegotiate (see the 4:50 and 7:01 timestamps).

Here are a few of today’s reactions to the news to close out this post.

US leaving INF will put nuclear non-proliferation at risk & may lead to ‘complete chaos’… “By ending the INF, Washington risks creating a domino effect which could endanger other landmark deals like the Strategic Arms Reduction Treaty (START) and collapse the existing non-proliferation mechanism as we know it, senior lawmaker Konstantin Kosachev said on Sunday. The current iteration of the START treaty, which limits the deployment of all types of nuclear weapons, is due to expire in 2021. Kosachev, who chairs the Parliament’s Upper House Foreign Affairs Committee, warned that such an outcome pits mankind against ‘complete chaos in terms of nuclear weapons.’” – RT, Oct. 21

Moscow dismisses U.S. claim that it is violating the 1987 pact… “Russia’s Foreign Ministry Sunday condemned Washington’s decision to withdraw from the Intermediate-range Nuclear Forces Treaty, saying that the move was tantamount to ‘blackmail’ and warning that it would be ‘a very dangerous step.’” – WSJ, Oct. 21

The Punishers – U.S. Preparing to Put Nuclear Bombers “Back” on 24-Hour Alert?… “If you believe the U.S. has not or does not currently have protocol and hardware in place for mission readiness, no matter the specific aircraft, platform, or location, you’re dreaming.” – TraderStef, Oct. 23, 2017

God Will Judge Our Enemies; We’ll Arrange The Meeting 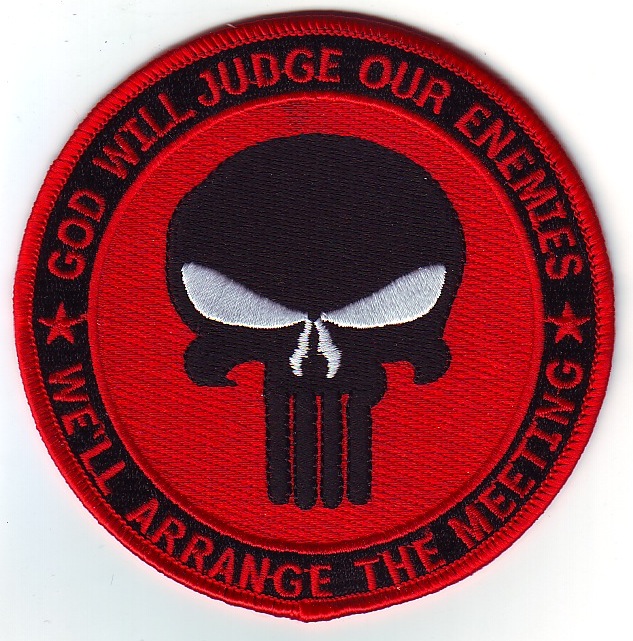 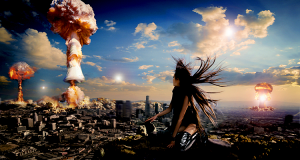