No RussiaGate Crime, Collusion, Obstruction – Only a Bureaucratic Coup Attempt

The U.S. Department of Justice released a brief overview today on the results of the Special Counsel’s Investigation Report on the POTUS. There were no crimes, no collusion, and no obstruction of justice by the POTUS or his 2016 election campaign. Before reading my humble opinion on this matter, take a few minutes to absorb this miniscule videotape sampling to keep the memory fresh in your mind.

On Sept. 4, 2018, I published “Weaponized Politics Revelation Threatens Financial Market Stability” and dipped my toes into the thorny adventure of politics and intelligence community (IC) antics since the 2016 presidential election. I closed with the following…

“What would the effect on the financial markets be if the RussiaGate game implodes, the POTUS is cleared of all suspicion, and a large number of folks from the previous administration are indicted? The market may experience a knee-jerk rally and remain in the Goldilocks zone with a belief that the economy is booming. On the other hand, the turmoil that would ensue under a constitutional crisis may implode the markets first due to the lack of confidence in the political system, and when the smoke clears and investors feel secure that process is coming to an end in the favor of the current administration, a rally would ensue. Be prepared for either outcome”

There is talk about an October surprise surrounding the recent news that the POTUS has ordered the immediate declassification and release of several documents related to the 2016 election: the FISA warrant and RussiaGate. Most of the information that Congress has attempted to obtain from the FBI and DOJ has been met with stonewalling. There are reports that the IC and FBI have already begun the process of going through the documents to ensure sources or methods are not compromised and don’t jeopardize national security. The POTUS ordered their release without redactions, but the IC will definitely thwart the order. The first dump will likely expose Democrat politicians and former Obama IC officials that do not want the voting public to see. Additional dumps will include the famous text messages that were previously released with heavy redactions. The process will take some time to sort out, and the results may or may not be the bombshell surprise many are expecting.”

On Feb. 18, 2019, I published “The Unlawful Presidential Coup by Bureaucratic Presstitutes”:

“The bureaucratic coup concocted by the FBI and DOJ originated from an unsubstantiated Russian dossier paid for by the Clinton campaign and DNC. The controversial dossier was the underlying impetus via the FISA court to launch an illegal surveillance campaign during the 2016 election, then a subsequent 2-year special counsel investigation that produced a Senate Intelligence Committee bipartisan conclusion that there is no evidence of Russian collusion by the POTUS or his campaign. None of it is not a conspiracy theory, but it’s a seditious conspiracy launched by deep-state players as per U.S. Code §2384… More importantly, the underlying circumstances that the conspirators relied upon to hatch their plan was a pipe dream, at best, and a fantasy that would not have held any weight in a righteous court of law.

There is no doubt that Comey, McCabe, Rosenstein, Strzok, Brennan, Page, and many others despised the new POTUS and saw him as a president “who needed to be reined in.” The mistake they made was to put personality before principles. It is frightening to consider the domestic political inferno that would take place if the conspirators hatched their plan, as a voter uprising would have spilled into the streets and been violently suppressed by the radical left and domestic terror groups such as Antifa… The fake news propaganda that permeates our national airwaves and inhibits truth from reaching the public much sooner has risen to such ridiculous levels that even well-respected journalists are risking the blacklist by speaking out.” 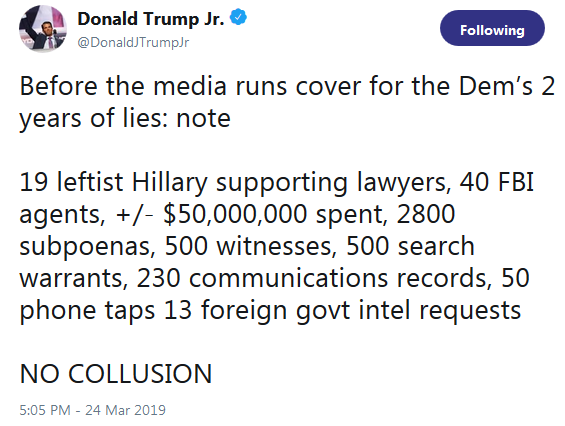 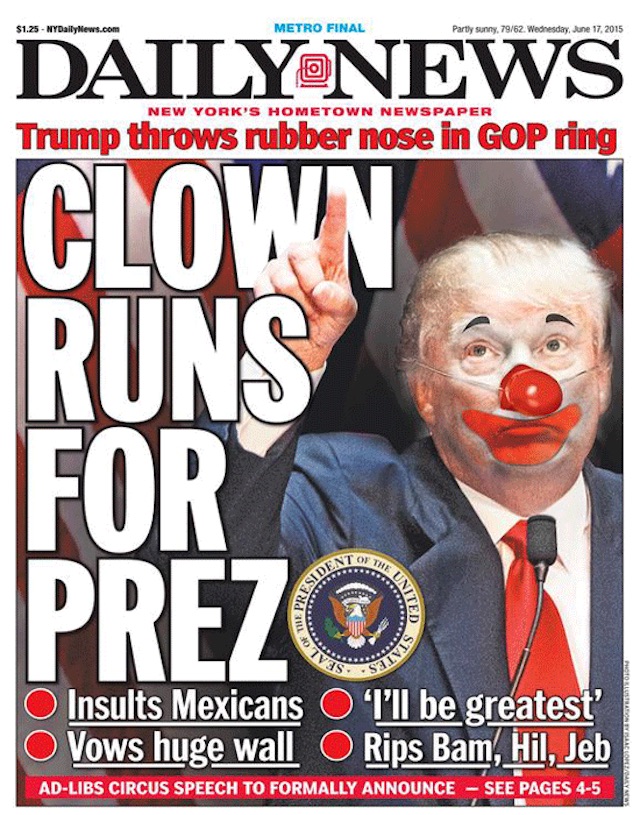 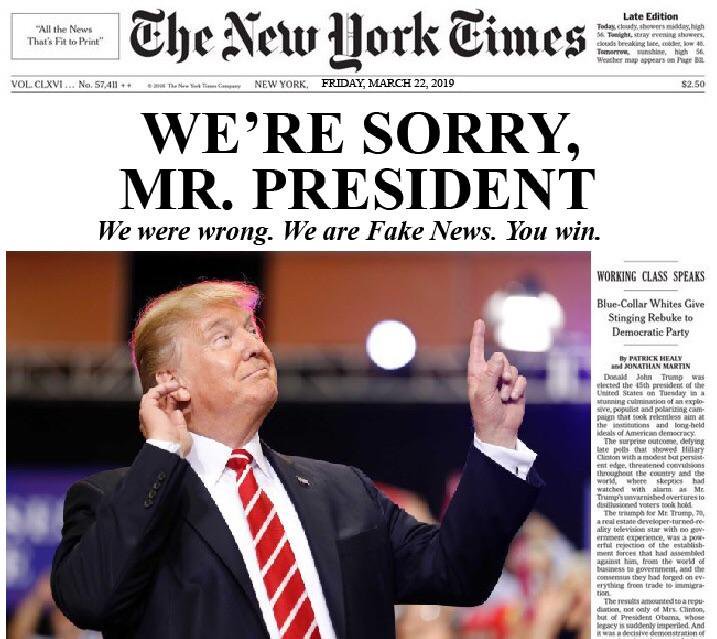 Unfortunately, I doubt there will be any apologies or thoughtful evaluation of the mistakes made by professional presstitutes and Democratic politicos that brought us to this point in the history of our free-speech republic. I suspect there will be no recovery from it and an unpublicized reckoning is brewing under the radar.

Despite the spectacle Americans have endured for two years, I believe they will emerge much stronger than the hopeless and beclowned mainstream freak show. The prevalent bias across the media spectrum has risen to a level of pure propaganda, despite a fall from grace from when Hillary fell through a glass floor instead of the glass ceiling they predicted until the very last defeatist moment.

It is not a surprise that the most accurate news has come from non-legacy and conservative-leaning media. Traditional media should pay attention to those folks, and the American consumer is not as stupid as some Deep State elites would hope for, which is why Fox remains at the top of the ratings game even with their shortcomings.

Not only will Americans grow stronger from the contemporary train wreck we call journalism and Capital Hill, but they will also be smarter. The electorates’ enlightenment will arrive with a deafening boom at the 2020 voting booth experience. The empty promises and lies that permeate biased journos and democratic socialists will reverberate through the citizens’ memory as they fill in a circle or push a button next to their candidate of choice. For instance, at $93 trillion, the Green New Deal would cost more than the entire recorded spending of the U.S. since the Constitution went into effect in 1789.

Here is a dose of reality: everything noted above regarding an enlightened electorate is a fantasy because the safe-space Kool-Aid will continue to flow like a flood. Expect the worst and hope for the best, savvies. This could get ugly.

Hitler finds out the Mueller Investigation is Over

No RussiaGate Crime, Collusion, or Obstruction – Only a Bureaucratic Coup Attempt 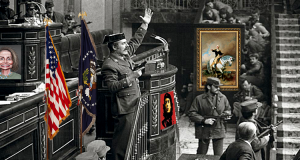 No RussiaGate Crime, Collusion, or Obstruction – Only a Bureaucratic Coup Attempt