Nobel Laureates: Anti-Aging Fountain of Youth in a Pill

If there were a pill containing an elixir that could mitigate and reverse metabolic processes within your aging body, it would be the supreme discovery and investment opportunity of the 21st century. The initial research and clinical trials are convincing, while an avenue for direct investment in the financial markets remains elusive, but not far off. Anti-aging scientist Dr. David Sinclair is a professor in the Department of Genetics and co-director of the Paul F. Glenn Center for the Biology of Aging at Harvard Medical School, and he has stated that research into compounds that target aging’s basic processes “have now become the hottest thing.”  If the FDA approves a fountain of youth pill, it would likely develop into a pharmaceutical pill pusher’s ultimate dream.

“The chronic, slow processes of death are pushed out and the fast ones take over. The last thing we want to do is keep people sicker for longer.” – Dr. Sinclair, Jul. 2018

In the early 1990s, Dr. Leonard Guarente, who is now the Novartis Professor of Biology at the Massachusetts Institute of Technology (MIT), discovered that a class of proteins found in virtually all animals protected against the effects of aging in yeast. Since then, comparable results were seen other organisms.

Much of human health is based upon how efficient your body is at manufacturing and using energy, and a cell’s ability to generate energy declines over time. Scientists discovered that the gradual decline of a co-enzyme named nicotinamide adenine dinucleotide (NAD) leads to the loss of key proteins known as sirtuins, which are key in the growth of healthy blood vessels and muscles. The fewer NAD molecules there are available in the body, the more aggressive the breakdown of DNA is over time, leading to cell damage, cell mutation and death, and the eventual loss of vital organ function.

When researchers gave mice NAD, the levels of sirtuin did not respond. A study out of the Washington University School of Medicine in St. Louis showed that at least in mice, a natural precursor to NAD – nicotinamide mononucleotide (NMN) – converts to NAD within minutes. When supplementing healthy mice with NMN, it compensated for any loss of energy production because the increase in NAD boosted energy burn. Results showed a reduction in the usual signs of aging, such as the loss of insulin sensitivity, weight gain, and declines in physical activity.

More recently, scientists at MIT found that by treating elder mice with NMN for only two months, the health of the mice’s blood vessels visibly improved. The aging mice gained 80% more exercise endurance, as well as restoring their muscle mass to that of much younger mice. The study suggests that we may be able to rescue muscle mass in an aging population through supplemental or drug intervention. The loss of muscle mass ultimately leads to the loss of bone, osteoporosis, and frailty, all major issues with aging. An increase in blood flow would also help prevent and repair the neurological damage that is responsible for Alzheimer’s disease and dementia.

Impairment of an Endothelial NAD+-H2S Signaling Network Is a Reversible Cause of Vascular Aging… “A decline in capillary density and blood flow with age is a major cause of mortality and morbidity. Understanding why this occurs is key to future gains in human health. NAD precursors reverse aspects of aging, in part, by activating sirtuin deacylases (SIRT1–SIRT7) that mediate the benefits of exercise and dietary restriction (DR). We show that SIRT1 in endothelial cells is a key mediator of pro-angiogenic signals secreted from myocytes. Treatment of mice with the NAD + booster nicotinamide mononucleotide (NMN) improves blood flow and increases endurance in elderly mice by promoting SIRT1-dependent increases in capillary density, an effect augmented by exercise or increasing the levels of hydrogen sulfide (H 2S), a DR mimetic and regulator of endothelial NAD + levels. These findings have implications for improving blood flow to organs and tissues, increasing human performance, and reestablishing a virtuous cycle of mobility in the elderly.” – Cell, Mar. 2018

Activating proteins linked to longevity may help to increase endurance and combat frailty in the elderly… “In normal aging, the number of blood vessels goes down, so you lose the capacity to deliver nutrients and oxygen to tissues like muscle, and that contributes to decline,” Guarente says. ‘The effect of the precursors that boost NAD is to counteract the decline that occurs with normal aging, to reactivate SIRT1, and to restore function in endothelial cells to give rise to more blood vessels.’ These effects were enhanced when the researchers treated the mice with both NMN and hydrogen sulfide, another sirtuin activator.” – MIT, Mar. 2018

A few biotech firms want to take on the human clinical trials. One company I was able to confirm is Unity Biotech (NASDAQ / UBX), and I recommend placing it on your watch list for the time being. They are set to launch early clinical trials for osteoarthritis. They are also working towards clinical trials for glaucoma, macular degeneration, and diabetic neuropathy. Dr. Sinclair is advising additional biotech companies that require your due diligence in identifying them. 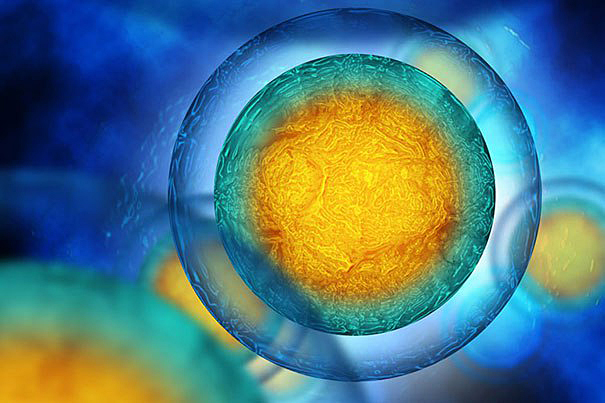 One privately held company, Elysium, offers over the counter supplements. The Scientific Advisory Board has a network of over 25 world-renowned researchers and clinicians, including eight Nobel Prize-winning scientists. Dr. Guarente warns that you should hold off on any NMN supplements until results in human clinical trials are completed. A readily available option is to eat more foods that contain the nutrients that help create higher levels of NMN in your body. The benefits include:

Imagining the Downside of Immortality… “Imagine nobody dies. All of a sudden, whether through divine intervention or an elixir slipped into the water supply, death is banished. Life goes on and on; all of us are freed from fear that our loved ones will be plucked from us, and each of us is rich in the most precious resource of all: time… what would happen to all our death-defying systems if there were no more death? The logical answer is that they would be superfluous. We would have no need for progress or art, faith or fame. Suddenly, we would have nothing to do, yet in the greatest of ironies, we would have endless eons in which to do it. Action would lose its purpose and time its value. This is the true awfulness of immortality.” – NYT, Aug. 2011

In the meantime, Nebraska utilized Fentanyl for a death penalty execution today.

Some things do last forever, such as music and love.

“The Fountain of Youth” headline art painted by Lucas Cranach the Elder in 1546.  A full resolution image is online via Gemäldegalerie Berlin, Germany.

Nobel Laureates Anti Aging Fountain of Youth in a Pill 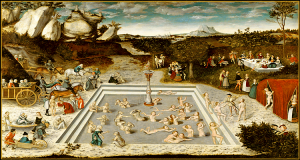 Nobel Laureates Anti Aging Fountain of Youth in a Pill