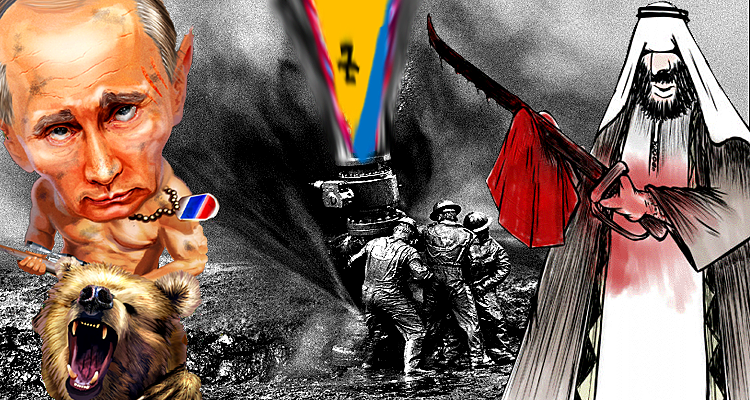 Efforts by the collective West and Biden administration to persuade Saudi Arabia to increase oil production have failed after overtures since late spring and a panicked last-ditch effort this week before the U.S. mid-term elections. The OPEC+ decision (summary) delivered during a live presser in Vienna  on Wednesday added insult to injury when whining and weaponization narratives were truncated with the demonstrative slash of a verbal scimitar.

“Adjust downward the overall production by 2 mb/d from the August 2022 required production levels, starting November 2022 for OPEC and non-OPEC Participating Countries as per the attached table.” – OPEC

Journos at OPEC’s presser fared no better as the Saudi Energy Minister repudiated duplicate questioning, diplomatically addressed Russian collusion like Trump’s fake news ghost, and presented data to refute cartel price gauging accusations vs. a U.S. natural gas export windfall that lowers the risk of a worst case scenario during a “Dark Age Winter of Discontent in Europe” (Part 3 & Twitter thread). Watching this unfold is reminiscent of my personal experience as a front seat passenger with the driver at fault in an automobile wreck, who then proceeded to rant in a rage that culpability was on the other motorist who just took delivery of his brand-new car.

“On Tuesday’s broadcast of CNN’s ‘The Lead,’ CNN Senior National Security Correspondent Alex Marquardt reported that the White House is ‘panicking’ over the prospect that OPEC will cut oil production and is engaging in a ‘furious, last-ditch, wide-scale effort’ to lobby against a production cut… is something that they desperately do not want to happen. Cutting oil production means higher oil prices, higher gas prices… This effort is being led by the top Biden administration official for energy, Amos Hochstein. They’ve also enlisted the top White House official for the Middle East, Brett McGurk. But interestingly, they’ve also — just to show you how widespread this is — reached out to the Treasury Secretary, Janet Yellen, asking her to reach out to counterparts around the world… They say that this would be a ‘total disaster’ and would be seen as a ‘hostile act’ against the United States.” – Breitbart, Oct. 4, 2022 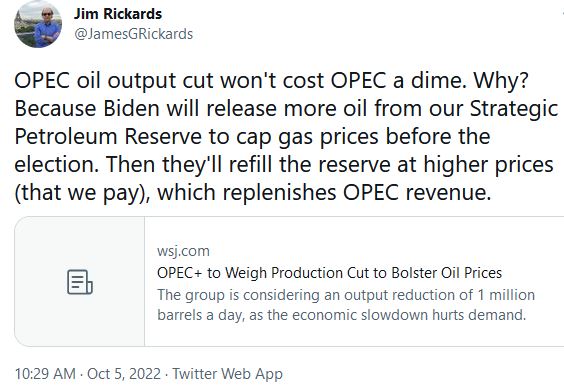 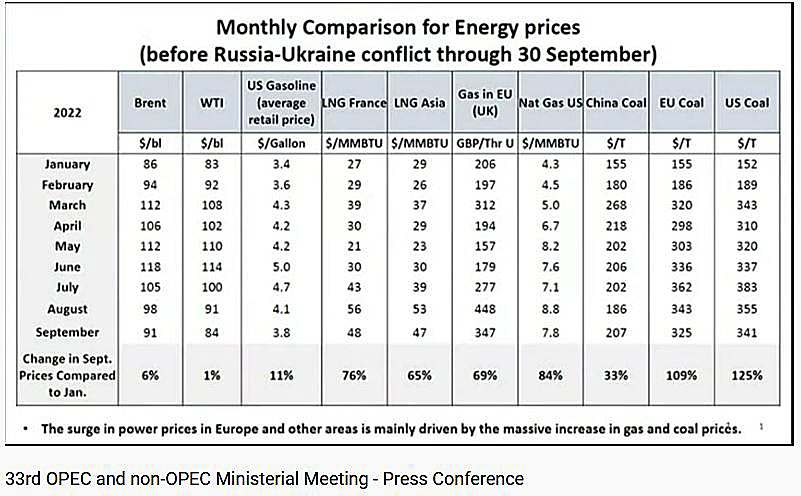 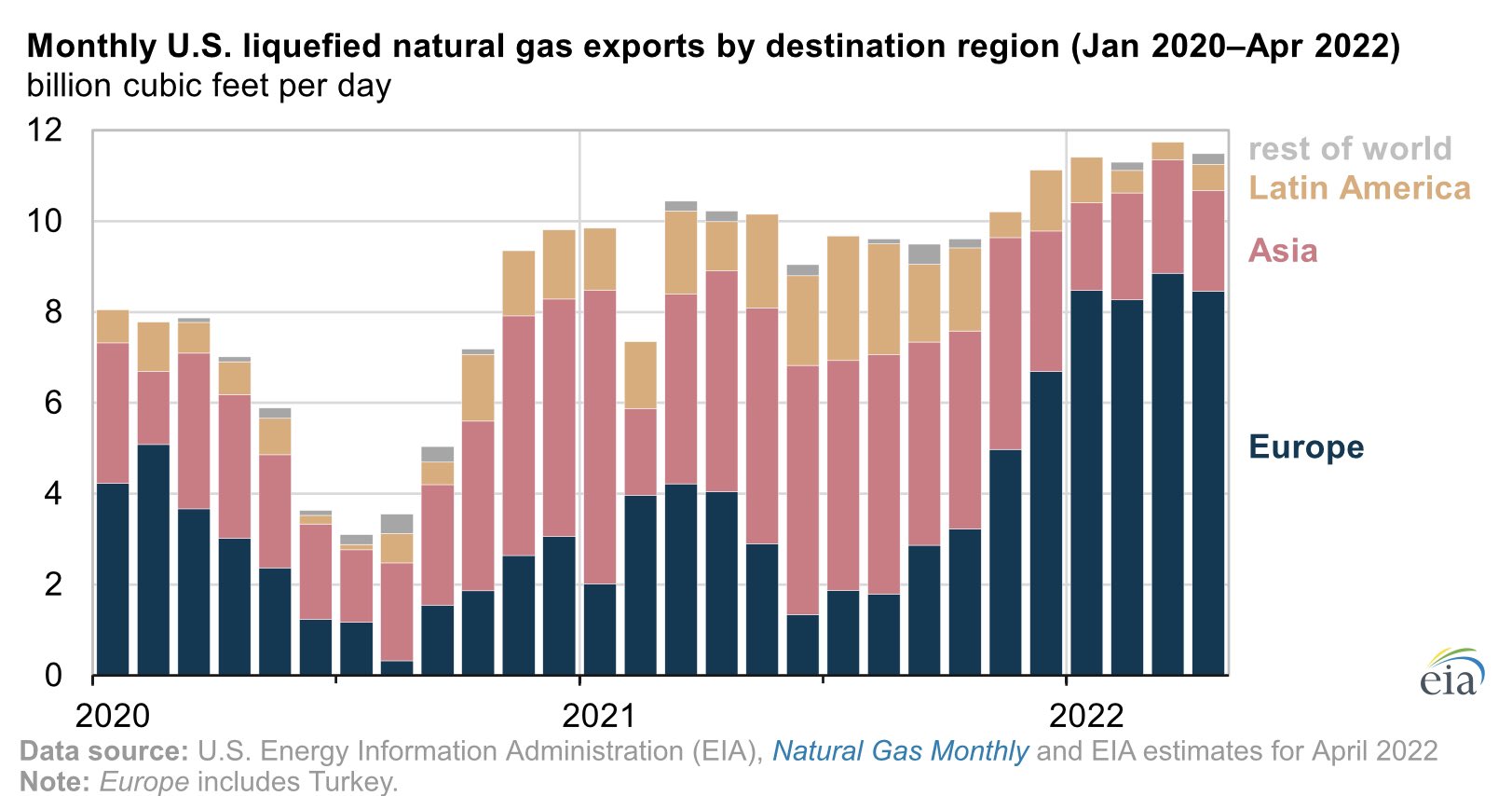 U.S. delivers angry rebuke of massive OPEC+ production cut… “The White House angrily pushed back at OPEC+ after the oil producer group announced its largest supply cut since 2020… The U.S. had repeatedly called on the energy alliance, which includes Russia, to pump more to help the global economy and lower fuel prices ahead of midterm elections next month. In a statement, the White House said Biden was ‘disappointed by the shortsighted decision by OPEC+ to cut production quotas while the global economy is dealing with the continued negative impact of Putin’s invasion of Ukraine.’ It added that Biden had directed the Department of Energy to release another 10 million barrels from the Strategic Petroleum Reserve next month.” – CNBC, Oct. 6

Not only is the Biden administration sabotaging U.S. oil production and shopping overseas for an alternate oil supply in their post-Trump energy independence destruction via green energy policies, they’re begging Venezuela’s despot dictator again with bribes to ease sanctions and allow Chevron to pump its oil. Here’s a flashback of red-neck wisdom from this spring, and a few experts who weighed in on the situation this week:

Energy Experts Sound Alarm On Europe’s Energy Crisis; Clear Warning To U.S… “‘What I’m hearing from the eco left is that the solution to our energy problems is more wind and solar — we just haven’t done enough of it,’ Wrightstone said in an interview. ‘The fact of the matter is: for every megawatt or terawatt of unreliable energy, you need to build the same amount of reliable backup source’… ‘All this stuff puts us on the path to becoming Europe and climate foolishness has caused all the problems that are going on right now,’ Milloy said… An analysis from Reuters published in December concluded that lower-than-expected wind power generation caused EU energy prices to increase and forced a return to natural gas and, in many cases, coal… when EU nations turned back to natural gas, they were forced to boost Russian imports. ‘The whole thing has just been a disaster for Europe.’’” – Climate Dispatch, Oct. 5

Belgium Calls For A Natural Gas Price Cap To Avoid Deindustrialization… “Belgium’s Prime Minister has called on the EU to introduce a price cap on wholesale natural gas in order to avoid social unrest… The European Union needs to quickly intervene in its gas and energy markets.” – OilPrice.com, Oct. 6

Germany could go from an ‘industrial country to an industrial museum’… “Due to the federal government’s energy policy, warned the president of the German Chemical Industry Association (VCI), Markus Steilemann. Pointing to wind power, he said Germany would need to build 10 wind turbines daily… ‘One of them needs 4,000 tons of steel. That is half an Eiffel Tower. That means five Eiffel Towers every day. And that for the next eight years.’” – REMIX, Oct. 6

The need for energy independence is not being realized by the White House, as its rhetoric directed at OPEC and renewed search for foreign supply indicates no resignation to tap abundant resources at home. It also doubled down on sapping more oil from the Strategic Petroleum Reserve in late September, and announced yesterday an additional drawdown of 10 million barrels to try and counter the imminent price rise for gasoline and inflation that will result in all petroleum-based products and supply chain distribution.

Even as Oil Prices Ease, U.S. Keeps Tapping Strategic Reserve… “Having released 160 million barrels of crude since March, more than a quarter of the stockpile, the Energy Department has reduced the reserve to its lowest level in four decades. Some oil experts say continuing the withdrawals could test the nation’s energy security. But even though oil prices have fallen sharply from their peak, the administration is not ready to start refilling the reserve. Instead, rather than ending the releases in October as planned, it has decided to extend them.” – NYT, Sep. 29 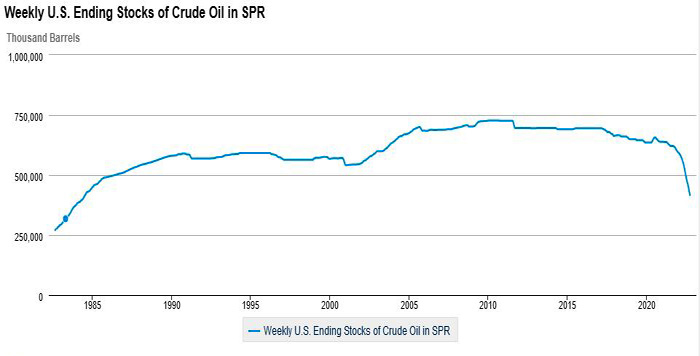 US Tapping Strategic Oil Plays Into OPEC’s Hands, BoA Warns… “‘I don’t think it’s a great idea given the incredibly tense geopolitical world we live in today,’ Blanch said. By depleting the reserve, the US puts itself ‘more in the hands of OPEC+, and eventually you’re just ceding more and more market control.’” – Bloomberg, Oct. 6

There is no doubt that oil will return to $100+ a barrel in the near-term and U.S. consumers will experience higher costs to fill up their tanks with gasoline, heating oil, and natural gas. Meanwhile, gasoline demand recently soared on lower prices and cratered inventories. Diversifying a portion of your investment portfolio into hydrocarbons may be prudent as we head into fall and winter.

American Energy Bills Are Set To Soar This Winter… “Domestic oil production remains nearly a million barrels per day (BPD) below the monthly record level set just before the Covid-19 pandemic caused production to plunge. The all-time monthly high for oil production took place in November 2019 at 13.0 million BPD (Source). The all-time annual high was also in 2019, when U.S. production averaged 12.3 million BPD… Monthly natural gas production hit an all-time high of 3.008 trillion cubic feet (Tcf) in December 2019 (Source). Monthly production subsequently fell below 2.7 Tcf as the pandemic began to impact the markets, but production has steadily climbed back… Over the past decade, the U.S. became the world’s fastest-growing LNG exporter, and is on a pace to become the world’s largest LNG exporter this year. The implications are that the global LNG market now impacts U.S. natural gas prices. And that market has been upended by Europe’s needs. Russia is a major supplier of natural gas for Europe, but those gas exports have plummeted as a result of Russia’s invasion of Ukraine. Thus, Europe is out trying to secure natural gas supplies for the winter. American companies are exporting as much LNG as they can to Europe, and that is impacting U.S. prices in a way it wouldn’t have a decade ago.” – OilPrice.com, Oct. 1

Past articles related to today’s topic: 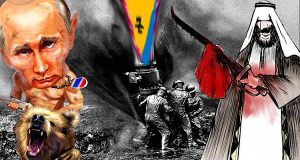