Is peak insanity rolling over, or do we have much farther to go? Will rising interest rates pop the bubble and bullishness on deflationary assets (like government debt) finally turn the tide? The IMF coins the most dangerous bank on the planet as Deutsche Bank.

In 2016, the IMF stated, “Deutsche Bank appears to be the most important net contributor to systematic risk, followed by HSBC and Credit Suisse. Network analysis suggests a higher-degree of outward spillovers from the German banking sector than inward spillovers.”

Deutsche Bank, known for its smorgasbord of credit derivative exposure, has banks of all tastes coming back for more. Are the choices at the buffet dwindling and the rats munching on the crumbs (bankers searching for pennies)? 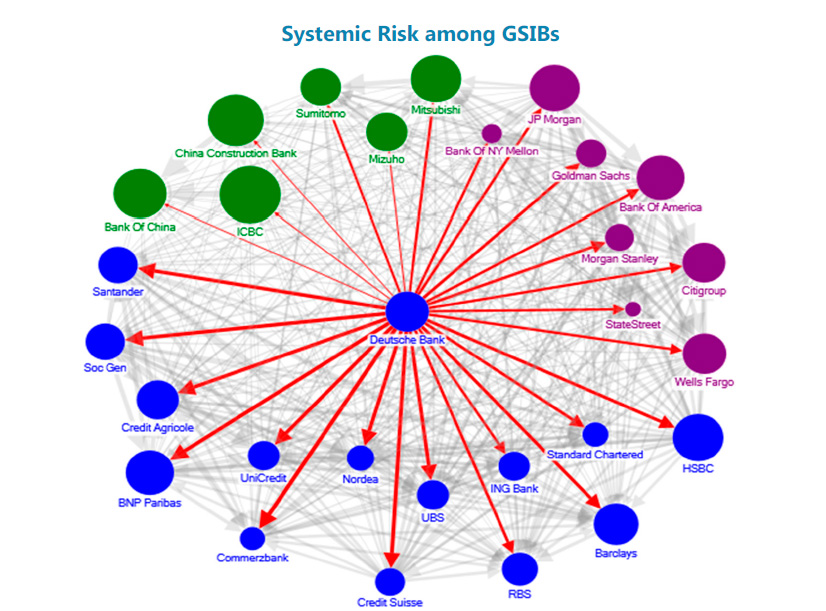 New articles have been released recently showing that the bank is looking to restructure and could fire as many as 10,000 employees. That is 10% of the global workforce. It has also been reported that Deutsche Bank will be retreating from several equities markets across the world. Executives already began cutting personnel in Europe, Africa, the U.S., and the Middle East. Cutting costs and labor at the end of the business cycle is definitely a normal proposition, especially as you see interest rates moving higher. Deutsche Bank has not been profitable in three years, according to their income statement. Who knows how cooked the books are, but BaFin, a German regulator, tends to be very honest in its assessments of the German banking system. BaFin supervises roughly 2,700 banks, 800 financial services institutions and over 700 insurance undertakings. If you look at the income statement, net income for year-end 2015 was -$7.38 billion, year-end 2016 was -$1.479 billion, and in 2017, it was -$902 million. It looks as if the drivers of net income losses going down over these last couple years are the general and administrative expenses. Year-end 2015, Deutsche Bank spent $34.958 billion, versus roughly $29 billion in 2016 and 2017. It looks like they have already been cutting people to keep G and A that low. I wonder how much money is budgeted for the general counsel to fight off all the market rigging cases year after year? It seems like every couple of months, a new article comes out about a district judge in New York ruling against banks for libor-rigging, precious metal rigging, or mortgage fraud. 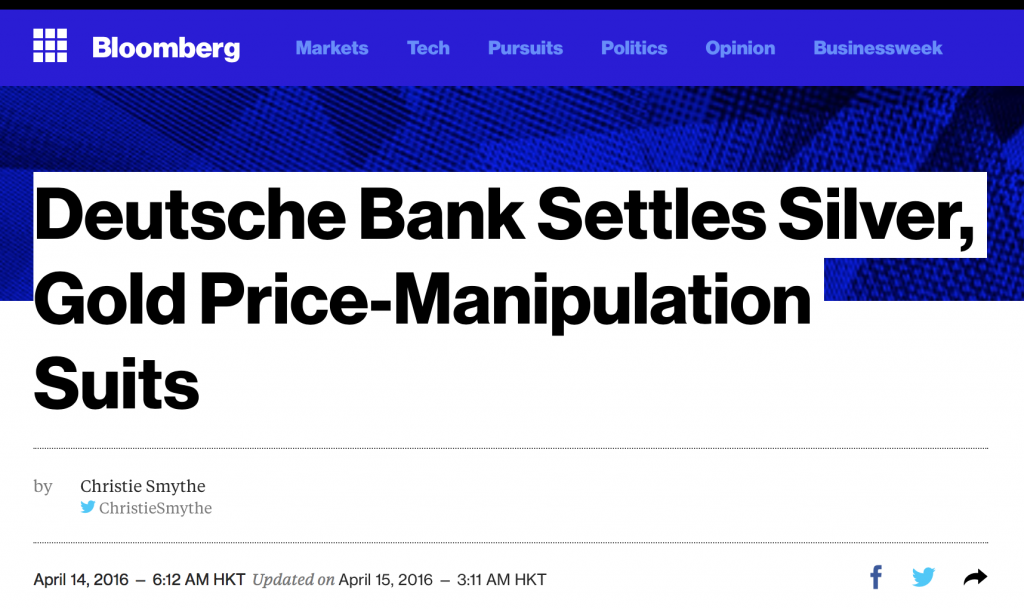 With that being said, Deutsche Bank’s share price just hit an all-time low today. During trading today, the share price hit $11.95. Back before Lehman crashed, Deutsche Bank was around $145. How long can they stay afloat? Interest rate derivatives are especially sensitive to rising interest rates. Depending on how high the FED can raise them before another crisis, this fall is not looking good for anyone.