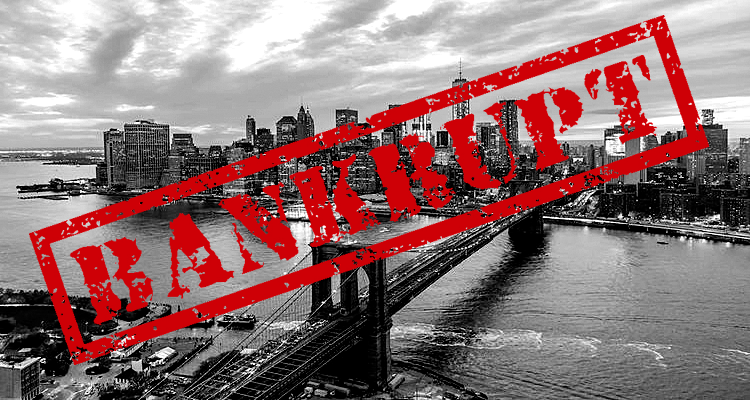 The Big Apple is in a fiscal crisis and facing another potential bankruptcy. Back in 1975, New York City was over $200 million in debt with a $1.5 billion deficit and a $12 billion budget. The city’s lawyers were prepared to file a bankruptcy petition with the State Supreme court, the police were mobilized to serve papers to its creditors in the banking industry, and Mayor Beame drafted a statement to announce default and emergency measures to divert available cash flows to vital services such as police and fire protection.

NYC Was Once Ravaged by Urban Blight… “The city was practically bankrupt and hemorrhaging population. Subway trains were covered in graffiti, inside and out. Crime was rampant. Women were warned to remove jewelry while walking the streets for fear that their necklaces would be ripped from their necks. Vast areas of the Bronx and Upper Manhattan were torched. Where nannies and their baby carriages gather today on the Upper West Side’s Sherman Square, drug pushers worked the spot they called Needle Park. Tompkins Square Park in the East Village and Bryant Park by the main library were permanent encampments for junkies, prostitutes, and drifters. People feared to wander in large portions of Central Park, even during daylight hours.” – StreetEasy, Apr. 2019 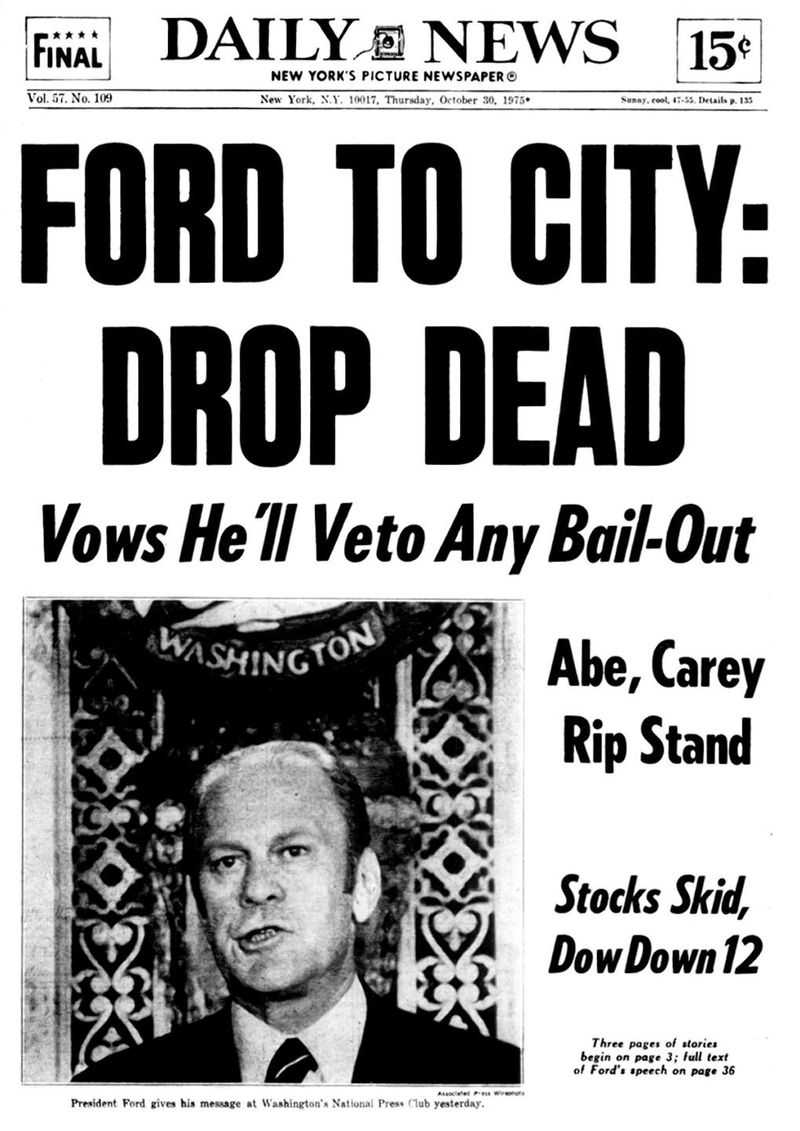 A records collection from the Municipal Assistance Corporation, which was the state authority created in 1975 to issue bonds and oversee the city’s fiscal affairs, and documents and oral history assembled by Jack Bigel, the behind-the-scenes labor advisor, negotiator, and financial planner, reveals how the city saved itself from bankruptcy during the great stagflation. Bigel convinced numerous union leaders, including the United Federation of Teachers to use their retirement funds to back loans for the city.

In a recent report published by Boston College, approximately 25% of private pension funds will go bankrupt within the next decade. State pension funds are in much worse shape with an estimated $6 trillion in unfunded liabilities and ballooning every year. Despite one of the longest stock bull markets in American history since the great financial crisis, it did not halt the deterioration of pension funds across the country. Those retirement programs relied upon optimistic financial projections for decades and the administrators are realizing how much more they owe than previously thought. Longer life expectancy for public employees also equates to higher costs, and not just for pension plans. Many state and local governments have promised to pay for the health care of their retired workers and few have the money set aside to fulfill those obligations. I am sure that progressive sanctuary metropolises across the nation are thrilled to support tens of thousands of illegal immigrants.

Meanwhile, only 39% of Americans have enough savings to cover a $1,000 emergency, 69% with less than $1,000 in savings, and 34% have no savings at all. The U.S. recently surpassed the $22 trillion level on the national debt clock, but according to the Fed, the debt level is $72 trillion.

Before you exhale with a sigh of relief that our debt problem is only $72 trillion, with unfunded liabilities taken into consideration the actual number is somewhere north of $200 trillion.

U.S. is poised for financial disaster. Here’s what that means for your retirement… “While the United States’ official debt is $20 trillion, the fiscal gap is really 10 times larger — $200 trillion. That comes from adding in off-the-book liabilities, including debt that’s in the Federal Reserve’s hands, Kotlikoff said. The entire U.S. fiscal operation is 52% underfunded, according to Kotlikoff. Social Security is short by 32%, he said. “It’s not like the rest of the fiscal operation can bail out Social Security,” Kotlikoff said. “So when you look at these numbers, you realize we’re Argentina in 1910.” – CNBC, Sep. 2018

Despite the nation’s insurmountable debt problem, Democrat Socialists that run our major cities are parroting utopian dreams along the lines of AOC’s New Green Deal.

There is not much talk coming out of the NYC Mayor’s office about one of the main culprits in the city’s growing debt problem: public employee pensions. Nearly 75% of the current $197.8 billion deficit is due to pensions and related retirement liabilities. Pension contributions make up 11% of the city’s total budget and consume 17% of the city’s tax revenues. Resources that normally go toward other municipal needs are swirling into a black hole of pension shortfalls. Last October, the city said that its long-term liabilities, including bonded debt, pensions, and other retirement benefits for its public sector workers, reached a record $257.3billion, an increase of $4.7billion since fiscal year 2017.

NYC is only one recession away from filing for bankruptcy, and if it has any fantasies about the rest of the nation’s taxpayers bailing it out, the new tax reform bill said fuggetaboutit like President Ford did in 1975.

The underlying issue for NYC is high taxes. More and more folks have decided that its not worth the tax burden, especially the wealthy. Since 2017, the average liability per household for NYC debt has increased by more than $1,500 to $82,577, according to the Citizens Budget Commission. People are moving to states that impose much less of a tax burden and infringe less on their constitutional rights. Over 1.2 million people left NYC between 2010 and 2018. Mayor de Blasio is not getting the message, as he raised taxes again and increased government payrolls by a massive amount.

Why more people are leaving New York than any other state… “I like it but I can’t afford it here and it’s hard.” – New York Post, Jan. 2019

Verrazano-Narrows Bridge Toll Is Now The Most Expensive In America… “Following a $2 rate hike which went into effect on Sunday, the bridge toll to travel between Staten Island and Brooklyn on the Verrazano-Narrows is the most expensive in the country, at $19.” – The Jewish Voice, Apr. 2019

New York State Governor Andrew Cuomo is already whining about a loss of tax revenues. It is important to note that very few New Yorkers pay the largest part of its taxes, both state and city. It will not take many more moving parties or stock market plunges for the city to experience a credit downgrade.

New York City is edging toward financial disaster, experts warn… “City spending is up some 32% since de Blasio took office — triple the rate of inflation. The city’s long-term pension obligations have escalated as well, as its workforce has soared by more than 33,000 in the last five years. Other startling indicators:

‘New York City could go bankrupt, absolutely,’ said Peter C. Earle, an economist at the American Institute for Economic Research. ‘In that case, the city would get temporary protection from its creditors, but it would be very difficult for the city to take on new debt.’” – New York Post, Mar. 2019

Rat Pack – Birth of the Blues 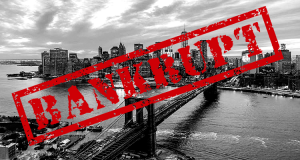