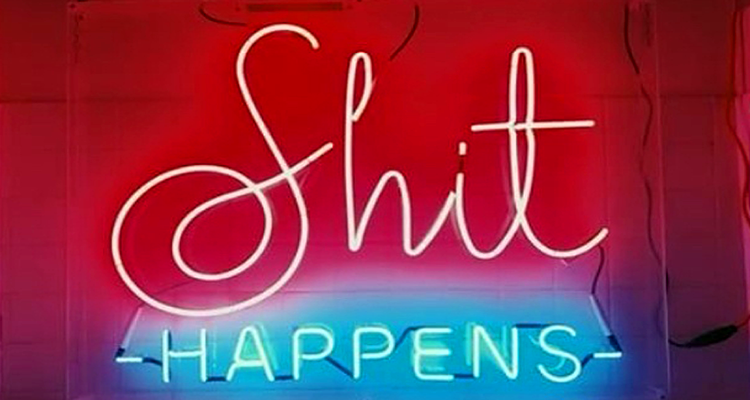 The just-in-time (JIT) supply chain structure that dominates manufacturing and retail inventory across all industries is set to experience another global hiccup due to the renewed lockdowns in China. The microchip industry will not escape a prolonged supply chain crisis, and the proxy war that launched in mid-February between NATO and Russia in Ukraine introduced a lesser-known component that’s critical for semiconductor fabrication facilities (FABs).

Welcome to the world of semiconductor-grade neon gas that’s semi-dependent on Russia and Ukraine for global supplies. Import requirements vary from 25% to as high as 90% for some countries. Neon gas is required to operate the lasers used in the lithography phase, the heart of semiconductor fabrication. Without neon, chip production would come to an abrupt halt..

Chipmakers urged to find suppliers outside of Ukraine… “Any escalation in tensions between Ukraine and Russia could have a severe impact on the production of computer chips, the US government has warned. A memo from The White House has advised the US chip industry to urgently look into diversifying its supplies of neon, krypton and xenon – noble gases used in the manufacturing of computer chips. Ukraine produces 90% of the semiconductor-grade neon used by the U.S., as well as 35% of its palladium – a rare metal… Peter Lee, an analyst at financial services firm Citi, said: ‘Memory [chip] makers currently hold six-to-eight weeks of inventory of these critical gases, higher than the normal level of four weeks. Supply of these gases is highly dependent on Ukraine, and any disruptions to output arising from military action in the region could lead to semiconductor production being severely impacted.’ A conflict may also impact neon-based lithography processes for production of components, including dynamic random-access memory (DRAM) and flash memory.” – CIPS Supply Management, Feb. 15

Russia’s attack on Ukraine halts half of world’s neon output for chips… “Some 45% to 54% of the world’s semiconductor-grade neon, critical for the lasers used to make chips, comes from two Ukrainian companies, Ingas (in Mariupol) and Cryoin (in Odessa)… Both firms have shuttered their operations… The stoppage casts a cloud over the worldwide output of chips, already in short supply after the coronavirus pandemic drove up demand for cellphones, laptops and later cars, forcing some firms to scale back production. While estimates vary widely about the amount of neon stocks chipmakers keep on hand, production could take a hit if the conflict drags on… ‘If stockpiles are depleted by April and chipmakers don’t have orders locked up in other regions of the world, it likely means further constraints for the broader supply chain and inability to manufacture the end-product for many key customers.’” – Reuters, Mar. 11

Commodities at War Series: Shortage of Neon Gas Dims Tech Output… “It is difficult to get an accurate estimate of the amount of neon gas sourced from Ukraine and Russia which is used in the semiconductor process, but industry experts suggest as high as 70% and as low as 25%. The range is somewhat large due to the historical conflict between Russia and Ukraine as chipmakers intentionally looked for new alternative sources outside of the region following previous neon gas disruptions caused by Russia’s invasion of Crimea in 2014.” – AEGON, May 3

Anyone not living in a cave is well aware by now that the war in Ukraine will not end anytime soon. I’ve covered that story since Apr. 2021, and the most recent update was published last month in “The Surge of ‘Little Green Men,’ and Metal is Poised to Strike” Part 5. While you’re exploring what’s happening in Ukraine, also consider the “Supply Chain Crisis Will Not End Anytime Soon” Part 1, 2, 3, and 4, and “A Watchlist for Trading the Chip Addiction” Part 1 and 2. Microchip industry stocks had a great run until a bear market crept in beginning in late 4Q21 and 1Q22. Here is a combined excerpt from the chip addiction series:

“That little chip has evolved from a small workhorse inside computers to the most important and expensive element within our modern-day gadgetry. After the explosion in demand over several decades, an unexpected spike across many industries occurred during the pandemic that created an unprecedented supply shock and precipitated the current shortage… There are only three major FABs (fabricating facilities) in the world today, with two of them located in Asia and one in the U.S. at Intel. The ongoing pandemic harshly brought to light the fragility of global supply chains since the U.S. is 88% dependent upon foreign FABs. The largest supplier and most advanced FAB is located in Taiwan at Taiwan Semiconductor Manufacturing ($TSM)”… There were additional disruptions throughout the summer before Beijing decided to cut power to manufacturing facilities last week. Here is an excerpt on the situation last spring… ‘The just-in-time supply chain that sustains the world’s addiction to semiconductors (chips or microchips) for electronic goods dipped further into the abyss last week as China ordered power cuts that shut down a broad swath of mainland electronics manufacturing and their associated chip fabricating facilities (FABs). Beijing’s reason for executing the current blip in the matrix is a surge in the cost of energy/electricity production’” – TraderStef

After the Russian military completed its takeover of Mariupol and the bombing of Odessa intensified last week, rumors suggest that Russia plans to secure Odessa to extend a land bridge from the Russian border. That scenario would bring Ukraine’s neon gas manufacturing, its distribution, and supply chain of raw material from Russia under the complete control of Moscow.

Russia Ready for ‘Long War’ in Ukraine, U.S. Warns… “U.S. Director of National Intelligence Avril Haines said Tuesday that Putin will not end the war with the Donbas campaign and is determined to build a land bridge to Russian-controlled territory in Moldova…. In the south, a series of missile strikes in Odessa overnight meanwhile destroyed buildings, set ablaze a shopping center and killed one person, just hours after a visit by European Council President Charles Michel. Michel had earlier warned that vital supplies of wheat and grain that were ready for export from Ukraine, one of the world’s key producers, were stuck in Odessa because of the conflict.” – Jordon Times, May 10

Following the disintegration of the former Soviet Union, Russia carried out the process of crude gas separation, and enterprises in Ukraine were responsible for refining and exporting to the world. Neon, xenon, and krypton are crucial process gases in the semiconductor industry, and the stability of that supply chain is important to maintain the continuity of production in FABs, along with military applications such as high-powered laser weapons, missiles, and satellites. Ingas in Mariupol exports its neon gas to customers in Taiwan, Korea, China, the U.S., and Germany, with roughly 75% going to the chip industry. So far, there are no major shortage reports, but neon prices are rising as a result of hoarding in the current environment. With no end in sight for the war in Ukraine, stockpiles at major chip manufacturers will continue to decline. 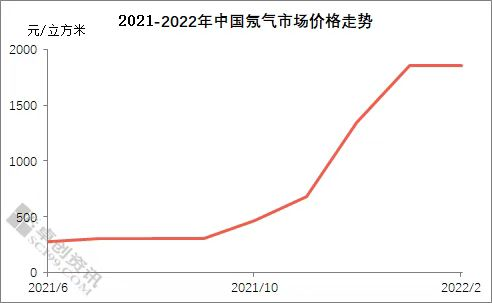 Note that Russia supplies about 40% of the palladium market, 15% of titanium, 12% of platinum, and 10% of copper, all of which are vital inputs for high-tech products such as circuit boards and plating processes in chip manufacturing. The sanctions imposed upon Russia make it an unreliable source for those raw materials, and the disruption of neon gas production and supply adds another layer of disruption to the ongoing global supply chain crisis. It would be foolish not to expect shortages and increased inflation as global supply chains find an equilibrium.

If neon gas inventories approach depletion at small and medium manufacturers and availability collapse into shortage status, only the larger and more well-known companies will survive due to their buying power. If you’re a consumer, price increases due to any shortage should have a minimal impact on end-market pricing of products such as desktop computers, but a significant decline in the availability of certain chips will create more automotive industry shutdowns and production delays for a large array of consumer products..

Global Chip Shortage’s Latest Worry: Too Few Chips for Chip-Making… “Intel and TSMC are looking to boost chip output amid supercharged demand… The drought in chip availability that has hit auto production, raised electronics prices and stoked supply-chain worries in capitals around the globe has a new pain point: a lack of chips needed for the machines that make chips, industry executives say.” – WSJ, May 3 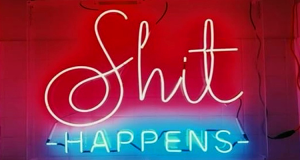