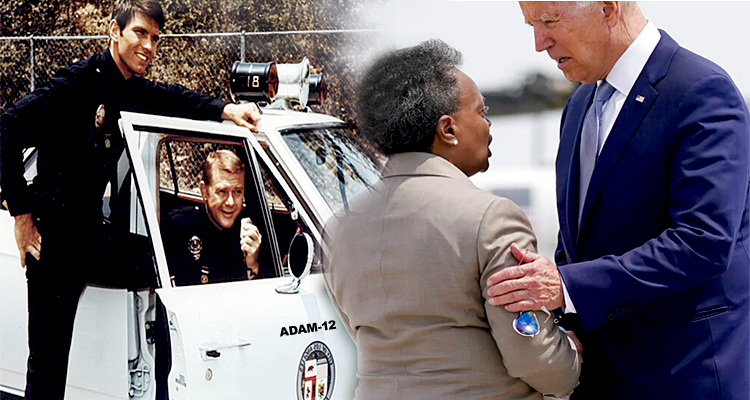 Anti-police rhetoric and numerous efforts to defund law enforcement institutions nationwide with no regard for law and order have consequences. They also direct customers to home security investment opportunities, but more on that later. The pandemic era has emboldened elected and unelected political seats to brazenly dictate emergencies by executive order without recognizing their failed leadership that targets constitutional rights, such as the Second Amendment and gun control, without addressing the underlying issues.

It is sad that far-left politicians such as Chicago’s Mayor Lightfoot stoop to finger-pointing and blame-gaming “illegal gun trafficking” for shootings that kill thousands of innocent people in minority communities rather than incarcerate felons who utilize firearms, which is what they’d do if they honestly cared about protecting life and liberty.

Most Violent Weekend of 2021: At Least 19 Dead, Another 85 Wounded in Chicago Shootings… “Those numbers are way up over the already high numbers seen in the previous weekend, which saw at least five killed and another 72 wounded. As the Chicago Sun-Times noted, ‘both the number of fatal shootings and the number of shootings overall are highs for 2021.’ If that wasn’t enough, ‘at least 13 children and two Chicago police supervisors’ were wounded in weekend shootings.” – mrcTV, July 6

That brand of tyranny is void of checks and balances that ensure your rights are not trampled into constitutional confetti, U.S. flags are viewed as symbols of hatred and racism, private property is destroyed, businesses are fire-bombed and/or looted in broad daylight, “non-violent” crimes are decriminalized, neighborhoods are kidnapped as no-go zones by anarchists and socialists that are routinely ignored, and criminals are immediately released from custody by edict and politicized funds for cash bail.

Secure Law and Order in America… “The extended escalation in violent crime in America began in earnest in the aftermath of George Floyd’s unfortunate death. Black Lives Matter (BLM), an avowedly Marxist organization despite its anodyne-sounding name, immediately latched onto the post-Floyd national racial reckoning and instrumentalized it for its own agenda. Together with Antifa and various left-wing anarchist groups, BLM helped orchestrate a summer of riotous mayhem and bloodshed like the country had not seen in decades. Major cities were hit the worst, but even distant suburbs such as Kenosha, Wisconsin, were not spared the BLM-Antifa warpath. The 2020 summer of hell—since extended into a lengthier, ongoing hellish period—was deeply exacerbated by the pointed re-emergence of what the Manhattan Institute’s Heather Mac Donald has accurately called the War on Cops.” – Newsweek, Jul. 8

‘Three Pinocchios’: Even Legacy Media Calling Out White House On ‘Defund The Police’ Lie… “‘Officials in the Biden White House absurdly claimed in recent weeks that Republicans, not Democrats, are working to ‘defund the police.’ The gaslighting claims from mouthpieces of the Biden administration, including White House Press Secretary Jen Psaki and Biden advisor Cedric Richmond, were ‘fact checked’ by The Washington Post on Wednesday. The White House was smacked with ‘Three Pinocchios,’ nearing the maximum ‘Four Pinocchio’ lie-detector rating.” – Daily Wire, Jul. 8

The overall situation is becoming so endemic, even democratic advisors are speaking out and warning that future election results will dose reality into the woke.

Wokeness is a problem and we all know it… “I called James Carville hoping to get his thoughts on President Joe Biden’s first 100 days in office. ‘Wokeness is a problem,’ he told me… According to Carville, Democrats are in power for now, but they also only narrowly defeated Donald Trump… and they lost congressional seats and failed to pick up state legislatures. The reason is simple: They’ve got a ‘messaging problem.’” – Vox, Apr. 27

Lunch Alert… “The Democratic Party is so destroying itself, is so self-destructive, and Biden is doing such a terrible job as president that there is no way that the Democrats are going to win in 2024.” – Former Bill Clinton aide Dick Morris, Jul. 8

The radical-left Democratic Party wants to defund any semblance of law enforcement across the country and in all sectors. Rashida Tlaib is asking for wide-open U.S. borders without tracking who is coming in. She laments that “we must eliminate funding for CBP, ICE, and their parent organization DHS” during a remote roundtable on digital walls, borders, and deportations with Just Futures Law.

Blatant hypocrisy is glowing by socialists on Capitol Hill with “the squad’s” unhappiness over Biden’s performance, as they increased the $600 million Capitol Police budget by an additional $2 billion to expand its presence outside of the Capitol region to protect and investigate threats to members of Congress.

The new budget will pivot the Capitol Police into an intelligence-based protective agency and open regional field offices for anticipatory, geospatial, and activity intelligence (aka Great Reset A.I. pre-crime surveillance) to detect and monitor threat activity. Their new role will include training with the National Guard for riot control, tactical equipment leadership, shoot/don’t shoot scenarios, and incident command with the Department of Defense. It all sounds very familiar to the enhanced training for police departments that was spearheaded by the Obama administration that included a “shoot first” curriculum.

The crisis that metropolitan police departments are facing is multiplied by low morale, an increase in retirement and resignations, and difficulty in filling the void with new recruits. The following is a small sample from dozens of recent articles I collected. 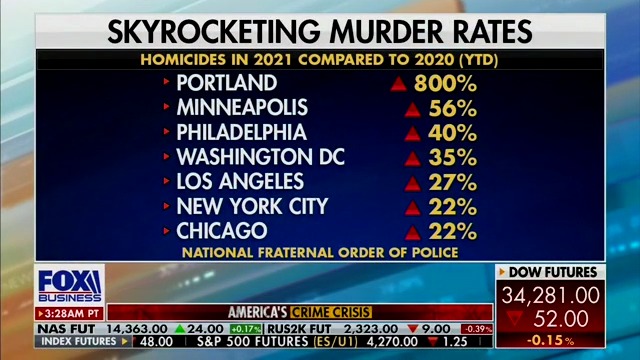 I suggest you add the following stocks in the home security sector to your watchlist. They all have had a run since Mar. 2020.

The country is drowning in its own insanity and it brings to mind this movie clip. 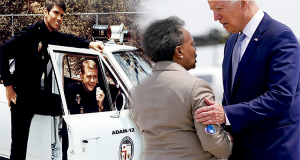