The geo-political landscape has become more volatile than at any point in several years. French elections begin this weekend, and a Marine Le Pen victory will send Wall Street into work early. Middle East tensions are on the rise, and the North Korean tinder box could send the VIX soaring. If you look at the VIX put/call ratio of .10, this is the lowest level since August 10, 2015. China devalued later in the month and the market moved drastically. Markets are destined for increased fluctuations, as something is bound to break. The Dow Jones Industrial Average closed below its 20,450 support level on a day when the 10-year bond broke under 2.20 as well. In the chart below, you can see the iShares 20+ Year Treasury Bond ETF has moved up 7 points since March 13th. Trend lines on the DOW would place the next support level down some 700 points, at 19,700. Not only are global political events dragging on the world, but our own U.S. Government is in gridlock. When Congress returns from its extended vacation, they will have only 4 days to pass the debt ceiling. This would be the 41st time the debt ceiling has been raised this century, and the 96th since 1940. 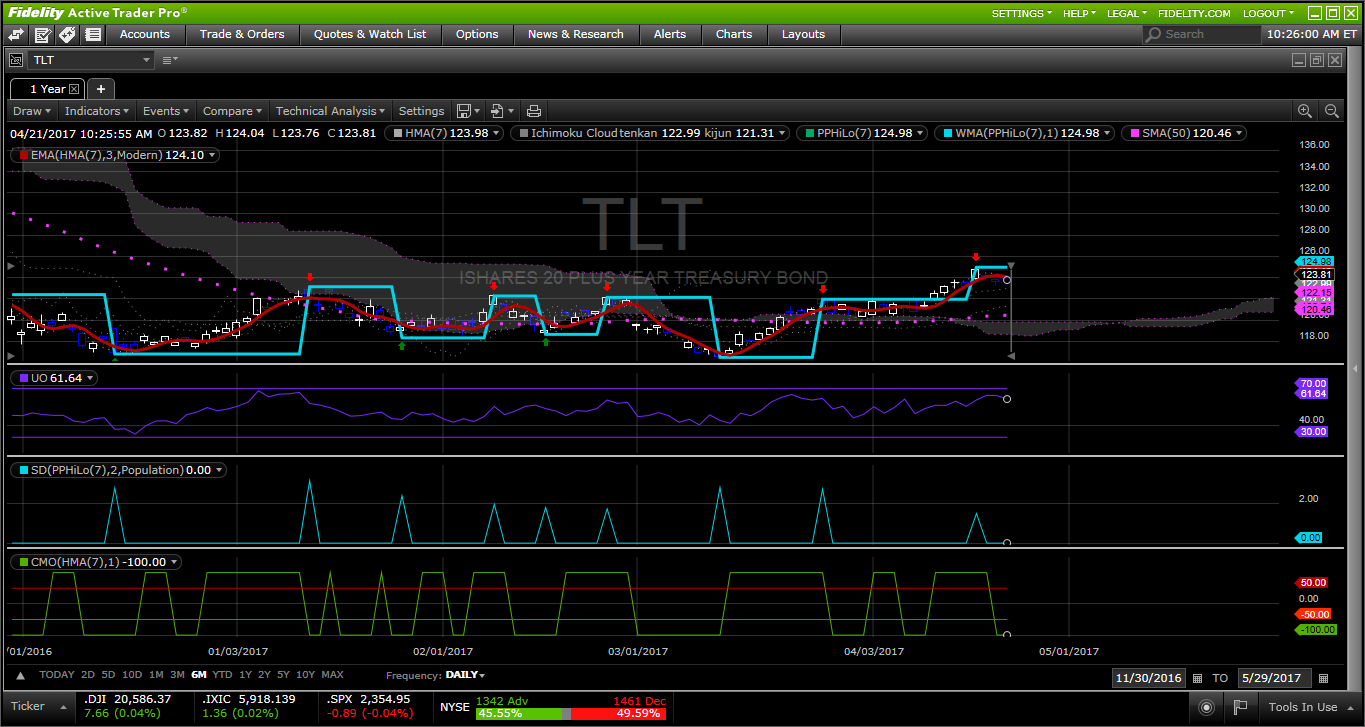 What is troubling is that we live in an artificially-induced bubble created by the central banks of the world. Central banks have flip-flopped and claimed to be data-dependent. Retail sales, auto sales, unemployment, and inflation are all weak. These data sets are lagging indicators, and the Fed has proven over time that they never know when bubbles or recessions are here. Wall Street jumped into financials, cyclicals, the dollar, and shorted bonds. Much of the data they interpret shows that we’ve been in a recession for months, and they are increasingly hawkish on interest rates. Raising interest rates in an economy that is running on fumes sounds like a recipe for disaster. The Federal Reserve knows that they are in trouble, and that is why Fed Governor Rosengren said on Wednesday that “the Fed will have frequent use of large-scale asset purchases during recessions.” Janet Yellen is also claiming that the Fed can reduce its $4+ trillion balance sheet, but then you have Rosengren saying they will be able to buy assets. When they end up flipping on monetary policy and introducing QE 4, reality will set in. Gold is trading above its 200-day moving average and will move higher.