Here’s the Reason Why the Nasdaq Tech Stocks Are Failing

The three major market indices are supposed to closely mimic each other. While they typically have different holdings and weighting systems, their end formulations act like a bellwether indicator to the broader economy. In other words, you’re usually not going to see the Dow Jones Industrial Average soar, while the Nasdaq Composite Index collapses.

Call this time of month a very serious exception. The Dow Jones is up 1.6% for June, and is standing atop an all-time record close. The benchmark S&P 500 is up 0.9%, mainly because it has gone horizontal since the second day of the month. In sharp contrast to the other two indices, the Nasdaq is down 0.3%.

Just what is causing all these variances?

One of the biggest news items in the markets is the collapse of the technology sector. The volatility is inclusive of not only the minnows among tech stocks, but has also snagged the mainstay players, with Apple, Inc. (NASDAQ:AAPL) being the most prominent name.

Recently, Apple became one of the most shorted companies in the world. Late last week, Bloomberg reported that its upcoming iPhone 8 will have a slower operational speed than its competitors. That immediately sent shares tumbling, which is to be expected. What is not expected is Apple’s misfortune is a deeply-rooted one among tech stocks.

It’s a dirty, little secret, but the consumer technology sector has reached, or is just about to reach, peak market saturation. 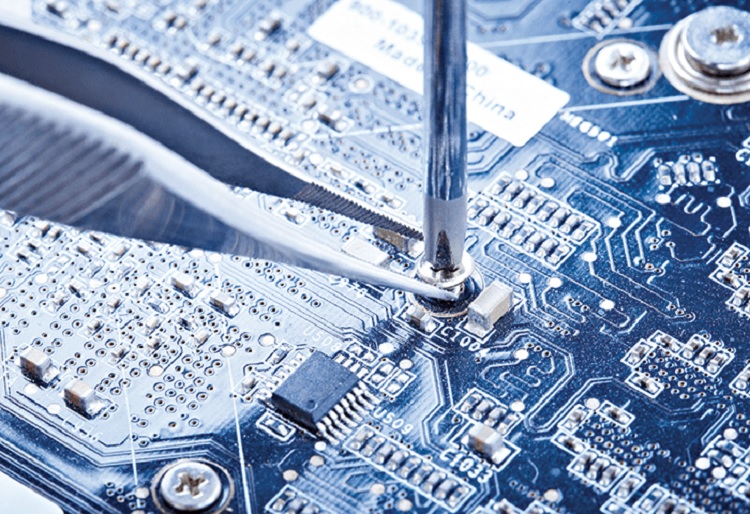 In 2015, Intel Corp. (NASDAQ:INTC) admitted that it was having difficulty reducing the size of the transistors for their semiconductor products. This was the first warning that Moore’s Law — or the theory that semiconductor density would double every two years — was failing.

The consequence is that physical advancements in computer technology is nearing maximum capacity. This allows smaller tech stocks to play catch-up with the big boys, pumping out products with similar functionality but at a lower cost.

In order to survive, multiple tech stocks have to merge with each other, or risk a protracted demise.

There are no easy choices for the technology sector. The cost to produce electronic products goes down every year, lowering the barrier to entry. Mid-tier tech stocks like Advanced Micro Devices, Inc. (NASDAQ:AMD) are especially at risk because they don’t have the capital to move forward in consideration of their present liabilities.

The Nasdaq index is pricing in this risk, but I believe it’s yet to price in the total reality. Right now, the markets are hoping that the volatility is limited to a few, select names. But the peaking of the consumer technology sector doesn’t discriminate — it will impact everyone up and down the supply chain.

The unfortunate situation is that tech stocks have nowhere to run, and soon, they will have nowhere to hide. The vulnerabilities are just seeping in for the discerning investor, but eventually, it will be witnessed by all.

When that happens, the Nasdaq would not be a fun place to be in.