According to the latest data from the U.S. Federal Reserve, a multi-year record number of non-farm payroll workers said adios! to their employers. Taken by itself, this data of job quitters suggests that the labor market has improved significantly, thereby allowing more choices for workers. This goes hand-in-hand with last week’s jobs report, where labor growth exceeded all expectations.

Does this mean that President Donald Trump’s economic policy is already impacting the labor market? While it’s way too early to make that call, what we can say is that the American people are buoyed by the implications of the Trump policy. Fewer regulations would allow for more aggressive business practices, and by logical deduction, improve the top-line. An increase in human resources is therefore required to service the extra demand.

On surface level, the ramp up in job quitters is an encouraging sign. For years in the wake of the 2008 global financial crisis, and later, the Great Recession, many were forced into accepting substandard employment due to the dearth in economic activity. Any job quitters at the time were taking a substantial risk that they wouldn’t find anything for a year, or even longer. Now, with confidence in the Trump policy apparently taking over, job quitters feel emboldened. 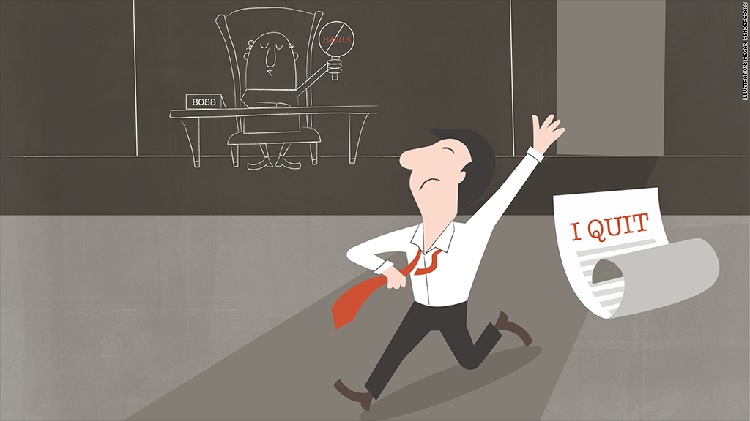 Although I wouldn’t argue with the fact that the President has been doing far more to stimulate economic activity than his modern-day predecessors, I wouldn’t suggest following the route of job quitters unless I’ve got a firm opportunity in writing. Economic activity is improving, but it’s not nearly to the level that it needs to be.

Under the proposed Trump policy, GDP growth should dramatically improve to 4% to 5%. Currently, it’s doing all that it can to stay around 2%. That’s not the kind of stability upon which you want to wager your career.

Furthermore, the Trump policy will take years for it to filter down into our mature economy. Should we hit a slow patch in economic activity, job quitters who take on fresh employment opportunities will be the first ones cut at their new organization. At that point, it will be back to the drawing board again.

Overall, the spike in job quitters is a positive. It definitely suggests confidence in the labor market and move towards the right direction. At the same time, if we’re reading about this on Yahoo Finance, the train may have already left. Personally rocking the boat now could lead to unforeseen risks later.