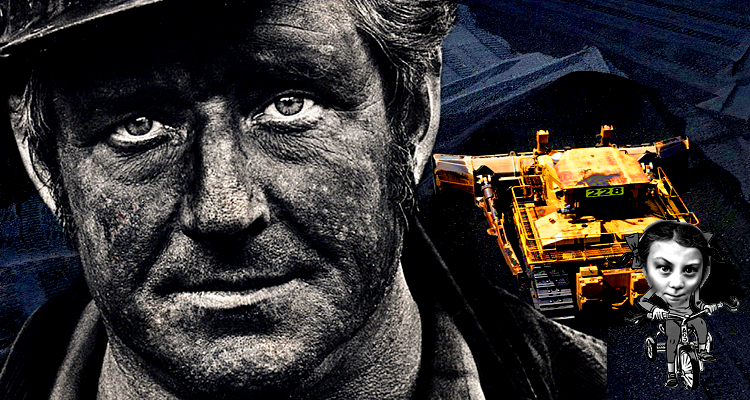 This topic is huge and ripe with rabbit holes. Today’s headline includes only two examples of what misinformed climate alarmists and politicos focus on. Given the short format required for posting, I will try to keep your attention by being as concise as possible, but I will not be able to explore this topic in full. It is imperative to first differentiate what pollution is vs. CO2. The level of carbon dioxide is one cog in a complex climate story and a healthy gas that is necessary for the planet. Human survival relies on it. There is no correlation between carbon dioxide levels and the warming or cooling of Earth, but the big ball of fire in the sky is the primary driver of Earth’s climate and we cannot do much about that, much less think that fleecing the population with a carbon tax scheme can save a planet or solve an underappreciated issue. 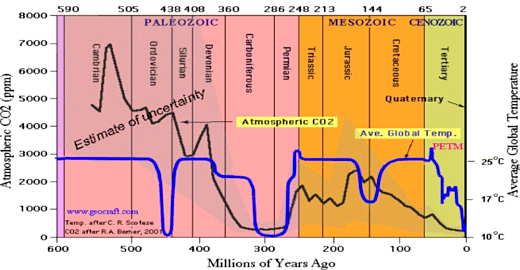 A more practical solution is freely available to the world, can reduce the pollution plague on a massive scale, can jumpstart the inherent process of CO2 circulation on Earth, and is attainable at a much lower cost than the $94 trillion “Green New Deal” pie in the sky nightmare and road to socialist economic Armageddon.

2020 Democrats go silent after Senate’s Green New Deal debacle… “The debate about the Green New Deal isn’t really between Republicans and Democrats. It represents a bigger question, whether socialism or capitalism will create a better future for America.” – Roll Call, Apr. 2019

Lie of the Day: Going 100% Green Will Pay For Itself in 7 Years… “This article is as likely to change global warming views as the Pope is to announce his belief in Hinduism. But can we at least stop the blatant lies? Unfortunately not. It takes fear mongering and lies to spread the Global Warming Religion.” – Mish Shedlock, Dec. 2019

No Zero Emissions by Steve Britton

Before I elaborate further, you should acknowledge the existence of a political agenda that gives funding and fuel to pseudoscience and stokes eco-pocalyptic propaganda resulting in global warming fear that morphed into a climate change meme to rationalize the fraud, as meteorological models proved it false, in addition to several incidents of manipulated data from official governmental agencies. How dare you!

The mainstream media has not covered this, but the power generation industry that uses coal is in the process of building a clean-coal plant alternative that sequesters pollutants and carbon dioxide for other industrial uses. Keeping the economic engine running requires jobs, and the coal industry is no exception.

A solution to keep coal going in Wyoming… “As seven US-based coal companies went broke between 2018 and 2019… a project called the Integrated Test Center is very close to opening the 385-megawatt Dry Fork Station operated by Basin Electric Power Cooperative in Wyoming… ‘Currently, Wyoming produces more than 40% of the nation’s thermal coal. This coal production provides high-paying jobs for our Wyoming families and pays for our schools, our roads and our state and local government. Many of our communities rely almost entirely on coal production’ … ITC provides space for researchers to test, in a real-life setting, carbon capture, utilization and sequestration technologies… where carbon dioxide molecules can be pulled and utilized. The idea is for them to come up with solutions to use the captured CO2 for other purposes such as fertilizers, fish food, building materials, concrete, and plastic products.” – Mining.com, Nov. 2019

Why Banning Fossil Fuel Investment Is A Huge Mistake… “Even in the most optimistic projections, renewable energy options, such as wind or solar, are not going to be able to counter the need for power generation capacity.” – OilPrice.com, Nov. 2019

Californians Learn That Solar Panels Don’t Work in Blackouts and Gas Spikes Above $5 Gallon… “America’s most “environmentally conscious” state got a harsh lesson in electrical engineering when many of the tens of thousands of people hit by this week’s blackout learned the hard way that solar installations don’t keep the lights on.”  – Zerohedge, Oct. 2019

The Reason Renewables Cannot Power Modern Civilization Is Because They Were Never Meant To… “Solar and wind advocates say cheaper solar panels and wind turbines will make the future growth in renewables cheaper than past growth but there are reasons to believe the opposite will be the case… no amount of marketing could change the poor physics of resource-intensive and land-intensive renewables. Solar farms take 450 times more land than nuclear plants, and wind farms take 700 times more land than natural gas wells, to produce the same amount of energy.” – Forbes, May 2019

I am beginning to dig a rabbit hole here despite my best effort not to, so let us move on to the practical solution that will benefit the planet, our health, and the economy in one swoop. Consider the following scientific report before we explore an eco-hero:

Global land change from 1982 to 2016 – Earth has more trees than it did 35 years ago… “Land change is a cause and consequence of global environmental change. Changes in land use and land cover considerably alter the Earth’s energy balance and biogeochemical cycles, which contributes to climate change and—in turn—affects land surface properties and the provision of ecosystem services.” – Nature, Aug. 2018

Regenerative agriculture might sound like a watered-down version of organic farming, but it actually goes a step further than not using synthetic fertilizers and pesticides. Here is a history lesson on the root cause of the 1930s Dust Bowl that drives home the point of why soil health for plants and livestock matter in the bigger picture.

The Dust Bowl was a disaster of epic proportions and a reminder of how important the soil is to our lives…  “Sparked by the perfect storm of short-sighted farm practices and a prolonged drought that was only marginally worse than this year’s (graphic for context), the Dust Bowl wreaked havoc on the farm population of the High Plains, where some of the world’s most fertile soils lay beneath enormous swaths of grassland. However, in a matter of decades, the rich prairie topsoil that took millennia to form was lost under mechanical plows and a failure to steward the soil from harvest to harvest…. We do not think about it very often, but soil is a life-giving resource right beneath our feet. For farmers, soil holds the nutrients that plants need to thrive, a structure to keep them rooted and a diversity of microorganisms, worms and insects for a rich ecology below the surface. For livestock producers, soil supports the forage that sustains animals on pasture and the crops used for animal feed when they are indoors. Without this rare and precious gift, our family farmers could not enjoy a life on the land. And that means we could not enjoy their good food.” – FarmAid, Nov. 2012

The majority of mainstream agriculture in the U.S. is disharmonious with the long-term sustainability of land and the well-being of the population who depend upon the food it produces. The bulk of farms today are independent, family-owned businesses that are incentivized by federal subsidies and corporate agribusiness. Yield has become the goal that drives farmers to specialize in one crop or livestock, which is a form of monoculture gone mad that reduces biodiversity (worms at work) of the land and fosters dependence upon drugs in the raising of livestock. The use of synthetic chemicals on crops eventually requires more water, generates unhealthy soil, creates polluted runoff into the water table, and creates a larger carbon footprint. The current state of industrialized agriculture is killing the microbial life and nutrients that naturally occur in the soil. The result is man-made problems with declining soil health and a surplus of mass-produced factory meat and plant-based food. The typical consumer and too many farmers have disconnected themselves from life and nature and view food as a convenience instead of valuing the whole forest of the ecosystem. The production and consumption of food have become an assembly line of heavily processed fake meat and fake food that nutritionally fails an entire population, creates endemic disease within the ecosystem and humanity, and pollutes the environment.

If the agriculture industry would shift toward regenerative methods on a massive scale that emphasizes quality instead of monoculture, decarbonization would be a cherry on healthy cake if reducing CO2 were truly a politico’s goal. Regenerative ranching of livestock and farming of crops replenishes the nutritional value of soil due to a well-managed rotation of crops and pastures, the use of cover crops, and no-till methods of soil management, and it allows livestock to release their waste naturally into the land. A method of land use where everything works in a naturally occurring cyclical system addresses multiple problems together, produces quality food, reduces disease in crops and the consumer, and lessens the carbon footprint all at the same time.

As the list of regenerative ranchers and no-till farming returns to the heartland, it will demonstrate that it is a more efficient and cost-effective method and can be scaled up to meet demand. Regenerative agriculture is simply a return to old-school methods of ranching and farming that were dominant over a century ago and well before mass production and an assembly line fast-food mindset infected the agriculture industry.

If you would like to explore more details about this topic, use the search terms “regenerative agriculture” and “soil health” in your preferred search engine and YouTube. For home garden enthusiasts and small-scale farming, consider watching the original Back to Eden film on organic gardening or a series of videos produced by a small farm that applied that method to their land. As a small-scale gardener, I can attest to the effectiveness of reverting to basics. My most recent discovery is worm castings and sugar maple leafs harvested in the fall that have transformed my raised-bed ecosystem into healthy and blackened soil.

Pioneering Parent: Regenerative Agriculture with the Markegard Family of Half Moon Bay 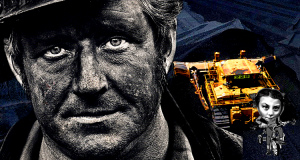