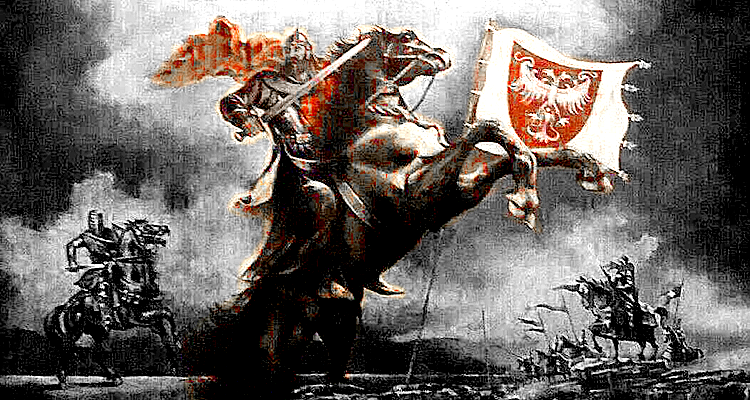 Political turmoil is resurfacing in the Balkans as U.S. pundits are focused on Taiwan vs. China, Ukraine vs. Russia, Iran vs. Israel, and a pandemic crisis with Great Reset global elites doubling down on their utopian dream of a transhumanist technocracy. It is enough chaos for any sane soul to consider exiting their home in the metropolis and moving to a well-stocked wilderness compound in the mountainous backwoods populated by patriots.

The Balkans are a complicated political region with a disputed geographic definition that evolved to be called “Southeast Europe.” The Balkans were originally named in the early 19th century after a mountain range in Bulgaria. The northern border is defined by a series of rivers, most notably the Danube. To the south is the Ionian Sea, to the west is the Adriatic Sea, and to the east are the Aegean Sea and Black Sea. The modern-day Balkans include Albania, Bulgaria, Greece, Romania, Turkey, and the former Yugoslavia is divided into Bosnia and Herzegovina, Croatia, Kosovo, Montenegro, North Macedonia, Serbia, and Slovenia. Some are not included as Balkan States due to geographic or political reasons.

Following the Balkan wars (1912-1913), Serbia grew stronger, and that strained its relationship with Austro-Hungary and led to a flashpoint that started World War 1 (1914-1918). Near the end of WWI, remnants of the Austro–Hungarian Empire that included the Kingdom of Serbs, Croats, and Slovenes (SCS) formed a new country and was later renamed the Kingdom of Yugoslavia. During the turmoil of WWII, communists led by Josip Broz Tito took over to rule Yugoslavia. As the war was nearing its end, Yugoslavia was renamed the Socialist Federal Republic of Yugoslavia (SFRY). The late 80s were wrought with conflict between the Yugoslavian territories due to the rise of nationalism and movements toward independence. A series of civil wars (aka Yugoslav Wars) broke out from 1991 to 2001 and resulted in a fragmentation of the SFRY. The conflict most notable in the U.S. media was the Kosovo War between Serbs and Albanians and the ethnic-cleansing that ushered in military interventions by NATO from 1995 to1999. Peace was restored, but skirmishes and additional divisions into independent states resulted in borders that crisscross the region today.

News reports have surfaced in the mainstream media over the last few weeks that indicate Serbian lawmakers are seeking to pull their autonomous Serb Republic (aka Republika Srpska, highlighted in orange) out of Bosnia’s armed forces, judiciary, and tax system. A declaration was made in parliament on Dec. 10. 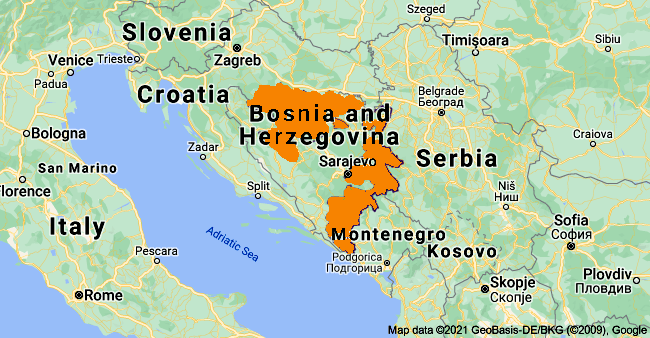 Bosnia’s opposition leaders have warned that the declaration may lead the Serb Republic into a new war. Germany’s new government has asked the European Union to impose sanctions on Serb leader Milorad Dodik. Turkey’s Foreign Minister has called “the motion by parliament of the Serb Republic entity of Bosnia and Herzegovina is wrong, dangerous, and against the constitution… The environment of stability established in the Balkans for 30 years is under serious risk.”

US hopes to walk Bosnia ‘back from the cliff’ as Serbs step up secession threat… “There is likely to be a six-month delay before the assembly’s decisions take effect, but a vote could start a clock ticking towards a possible return to conflict… Derek Chollet, a senior adviser to secretary of state Antony Blinken said ‘it’s notable that we are 26 years almost to the day since the Dayton Agreement was signed and there’s talk of potential return to conflict or a major crisis with Bosnia-Herzegovina, which is deeply concerning to us’… Jelena Subotić, a political science professor at Georgia State University, said ‘I think we should take Dodik’s secessionist threat very seriously. He has been signaling his objectives for a number of years so this did not come out of thin air… A much bigger question is if the people of Republika Srpska will follow. It is one thing to engage in nationalist rhetoric, it is another to actually pick up arms.’” – The Guardian, Dec. 10

Bosnia’s dissolution inevitable if issues cannot be solved: Serb leader… Bosnia-Herzegovina is currently embroiled in a political conflict…  The dispute erupted after Valentin Inzko, former high representative for Bosnia-Herzegovina, amended the criminal code in July to ban the denial of genocide and the glorification of war criminals. In response, Bosnian Serb lawmakers said that they would boycott the country’s institutions. Dodik denounced the amendments. ‘We will not live in a country where someone can impose a law by simply publishing it on his website.’ The Serb politician, who denied all legal changes enacted by the Office of the High Representative, pledged to take drastic measures in the army, judiciary, and tax systems if the Dayton Agreement, which ended the 1992-95 Bosnian war, did not return in its entirety. He also contributed to pass a bill in October through the Republika Srpska assembly that transferred the powers of the nationally authorized Bosnia-Herzegovina Pharmaceuticals and Medical Equipment Agency to a new institution established within Republika Srpska, which was criticized for potentially undermining the country’s Constitution.” – AA Turkey, Dec.12

Bosnia’s Serb Republic parliament endorses withdrawal from key state-level institutions… “The embassies of the U.S., U.K., France, Germany and Italy and the EU Delegation in Bosnia and Herzegovina said in a joint statement on Friday that the vote is a ‘further escalatory step’ which can damage the economic prospects of the entity and threaten the stability of Bosnia and the entire region… The Federation and the Serb Republic have their own governments and parliaments and are linked by a weak central government. ‘RS politicians and those in the FBiH have opportunities to resume dialogue and to urgently find a resolution. We encourage all leaders to build mutual trust by immediately abandoning divisive and escalatory rhetoric and return to the state institutions in full capacity, where they also can talk about issues of disagreement,’ the statement read. – SeeNews of Southeast Europe, Dec. 13

The Serbs are repeating what the Albanians and Bosnian did with political maneuvers toward independence. This situation could easily escalate out of control and catch the world and financial markets by surprise, and Russia could easily bulldoze through Ukraine by claiming self-defense from NATO interference in the Balkans. That scenario would open a window of opportunity for China to take Taiwan, and Iran and Israel would get busy over nukes while the rest of the world was preoccupied with a new world war. Do not crawl under a rock with Dementia Joe and discount the potential for a worst-case scenario. Keep your house and financial portfolio in order and kick back this weekend with a movie that honestly portrays the struggles we face in life, morality, and sometimes war.

“Conflict in Ukraine and Kosovo are connected” – NewEurope, Dec. 16

If you missed them, consider reading my articles on Ukraine vs. Russia in “The Surge of Little Green Men, and Metal is Poised to Strike” 1 & 2, and part 2’s ongoing Twitter thread

A film that immediately comes to mind is “Harrison’s Flowers.” A Pulitzer-winning photojournalist at Newsweek Magazine agrees to one last assignment in a war-torn region before semi-retirement and tending to his home garden. The assignment was in Yugoslavia during the height of civil war in the 90s. He goes missing and Newsweek writes him off as dead, but his wife Sarah did not give up so easily and traveled to his last known location. Serendipity finds her company with other seasoned photojournalists and they end up in Vukovar, a city where genocide was taking place.