Housing Costs Poised to Spiral Out of Control

Over the years, a common narrative has emerged within lesser profile real estate markets. People from metropolitan areas of bustling states like California and New York are migrating out of their residences. Citing ridiculous housing costs, they have headed toward states like Arizona, Nevada or Washington to escape their troubles.

If they’re from the Golden State, I’ve come to call them Californian refugees. Furthermore, I sympathize with their plight. Although cities like Los Angeles and Orange County offer lucrative jobs and even better weather, everyday reality here stinks. From the stifling traffic to the onerous taxes and regulations, this once great state is no longer livable. The rising housing costs only make the decision to move easier.

But now, sympathy is no longer a word that’s associated with these otherwise American refugees. Instead, I sense a growing tide of bitterness.

Recently, the Associated Press ran a story about housing costs in Phoenix, Arizona becoming egregious. In one instance, AP contributor Anita Snow told the story of Aspen Day-Flynn and her boyfriend, Travis Tolin. The twenty-something couple have decided to move to Washington for one key reason: the monthly rent of their two-bedroom house skyrocketed from $1,000 to $1,500.

Back when I was renting, a sharp rental increase meant 10%. A 50% jump was unheard of, but here we are.

What’s worse, the situation in Phoenix has rippled throughout the nation. In cities like Charlotte, North Carolina and Colorado Springs, Colorado, they’re experiencing an unprecedented surge in housing costs, specifically rentals. And at least regarding this segment, more pain is likely on the horizon.

I say this because onerous taxes and progressive, leftist policies are reaming Californians. Nowadays, it makes less sense to start and sustain a business here. As such, the only natural choice is to move to business-friendly states like Nevada or Arizona.

However, we can’t avoid the fact that Californians on average have higher net worth than those in neighboring states. Thus, their arrival en masse only makes the problem worse for the established locals, who live on less. And as Californians move in droves to cities like Phoenix, that rental market is looking increasingly like modern-day San Diego.

That’s outrageous because San Diego clearly has superior weather to Phoenix, which feels like the surface of the sun during the summer.

At some point, though, this internal migration will come to a head. When locals everywhere can no longer live in their land, expect a sharp correction. Until that time, brace yourself. 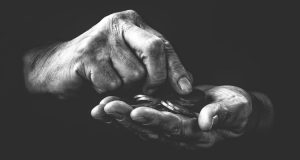