Suffering through years of failed promises and potential, the gold and silver bull market is akin to the Loch Ness Monster — we hear rumors of it, but we never get the defining evidence. Metaphorically, all we are left with is a grainy picture that may or may not be the object of our intense fascination.

Even 2016, which the mainstream media considered a banner year for gold, silver, and other precious metals, was disappointing for long-term investors. Metal prices surged in the summer season, tantalizingly implying that the commodities bull market was going to explode even higher. Alas, that did not bear fruit. Valuations collapsed, and the mainstream was back to bashing the sector as a gimmick or a doomsday investment.

Despite all the bearish prognostications, I now believe that silver and gold are primed for an explosive bull market; the kind of earth-shattering retort that makes everyone in the gun range turn around and ask, “what the hell was that?”

First, we have long-term historical indicators that forecast a significant upside swing. Crush The Street guest author Gary Christenson made a series of arguments supporting the bull market in precious metals, beginning with the historical logarithmic scale of silver prices. He then discussed the optimistic implications of the gold silver ratio, as well as emphasizing the multi-year bullish trend channel.

Second, fundamental factors support the idea of a precious metals monster rally. The most conspicuous element is the recent volatility in the “paper equities” market. The mainstream media portrays this development as an opportunity to buy stocks on a discount. But as they say this, oil prices are rising, and benchmark interest rates are declining.

These dynamics confirm that we are experiencing inflation, which can potentially become uncontrollable if the Federal Reserve fails to reign in dollar volatility.

My final argument is a technical one. Remember the summer peak in gold and silver prices last year? When the precious metals collapsed, the mainstream cheered. But their victory may be short-lived. Rather than a return to bear market conditions, the precious metals complex may have formed one of the most power indicators in technical analysis — the bullish pennant formation. 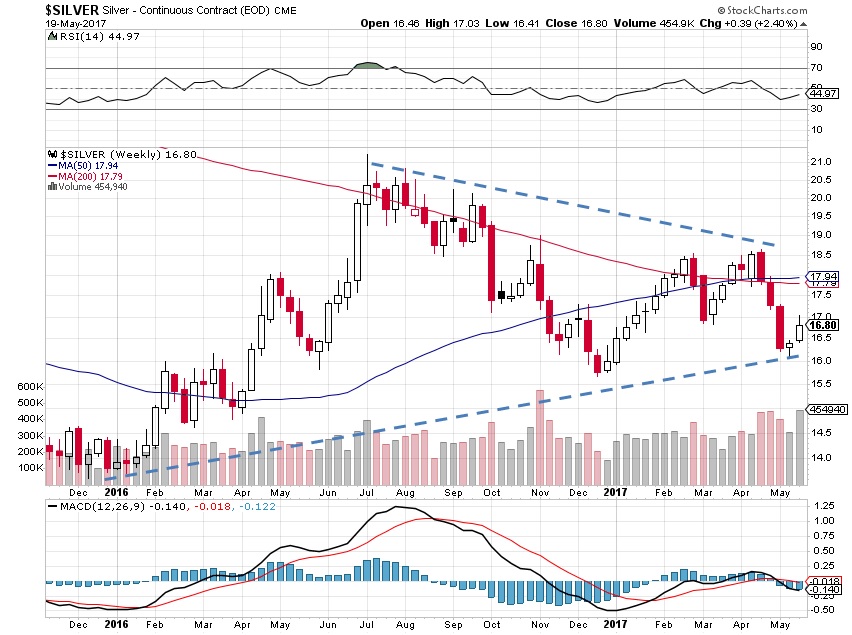 In this pattern, the price action of the metals bull market continues to consolidate in an increasingly tighter range. At a certain point — the apex — the negotiation between bulls and bears can no longer be condensed. The pressure must escape, creating a substantial breakout move. My argument is that this move swings northward.

In conclusion, I don’t think that the bullishness in alternative asset vehicles — Bitcoin being a great example — is a coincidence. People are losing confidence in the dollar, the administration, and the country as whole. And that is a significant impetus for the next opportunity in gold and silver.