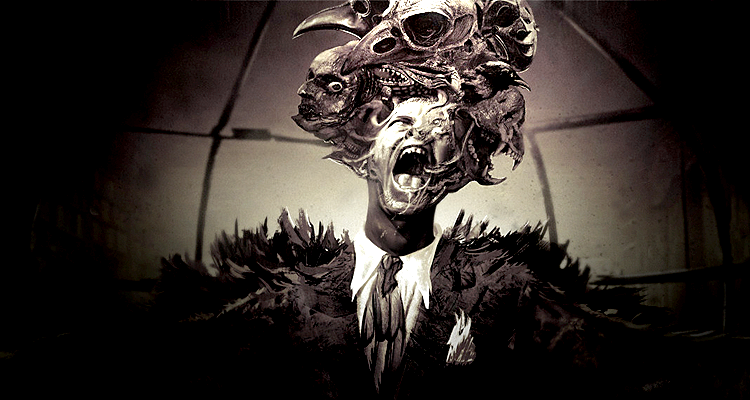 The ability to parse, organize, and analyze the hoard of overlapping misinformation vs. the truth is becoming more difficult to discern with a war in Ukraine that’s dominating legacy and alternative media headlines. A new wave of insanity has its own propaganda flavor that’s oozing from multiple sides of the emperors’ playground as the globalists double down on the WEF’s Great Reset (Twitter thread) agenda and try to distract you from the pandemic’s criminality and hide biodefence projects gone awry. Today’s rabbit hole starts with an excerpt from Part 1 (Twitter thread) published last month:

“When pointing out examples of menticidal activity in my article and thread that explores pandemic and ideological-related menticide, it really is just in their heads that manifests via the mouth, wordsmithing false narratives, or outright physical assault. The inventor (Dr. Robert Malone) of the mRNA platform technology that’s utilized by pharmaceutical giants to manufacture their ‘software of life’ operating system into experimental gene-modifying jabs under the guise of Emergency Use Authorization (EUA) describes the menticidal phenomenon and dictatorial mandate adherence as mass formation psychosis. Plebes are awakening to the tyranny of misinformation shoved down their adult throats and into children’s lives without an end date.” – Feb. 2022

Despite the potentates’ and their presstitutes’ best efforts to suppress and misdirect an epic confirmation that was revealed by those evil Russians, it was inevitable that facts would boil to the surface from a witch’s brew while visiting gallows at the town square on Capitol Hill. The guest of honor was Victoria Nuland, who currently serves in the Biden administration as Under Secretary of State for Political Affairs. Nuland previously crafted spells in the Obama administration as Assistant Secretary of State for European and Eurasian Affairs from 2015 to 2017, as Spokesperson for the U.S. Department of State from 2011 to 2013, and U.S. Ambassador to NATO from 2005 to 2008. Don’t forget that Nuland was exposed in 2014 with a leaked audio of her role in coordinating the coup in Ukraine during the Maidan Revolution.  She certainly released a wicked cat out of the bag  this week when she threw every lying pundit and politico under a biolab bus and managed to do it under oath while answering a single unexpected question during a Senate Foreign Relations Committee hearing on Ukraine. Her semantics are the spin.

Russia tells the US “we have found your biological weapons” – RT

A cache of documents published by Russian authorities has revealed that the U.S. Department of Defense was funding diagnostic biolabs in Ukraine. U.S. government archives on the subject are only available via the WayBackMachine Internet archive because they were mysteriously removed from U.S. government Websites.

EXCLUSIVE: Deleted Web Pages Show Obama Led an Effort to Build a Ukraine-Based Biolab Handling ‘Especially Dangerous Pathogens’… “The news comes on the same day that Biden regime apparatchik Victoria Nuland told the U.S. Senate that the American government is concerned about biological research facilities falling into Russian hands as a result of the ongoing conflict in Eastern Europe. Originally posted on June 18th, 2010, the article ‘Biolab Opens in Ukraine’ details how Obama, while serving as an Illinois Senator, helped negotiate a deal to build a level-3 bio-safety lab in the Ukrainian city of Odessa. The article, which also highlighted the work of former Senator Dick Lugar, was additionally included in Issue No. 818 of the United States Air Force (USAF) Counterproliferation Center’s Outreach Journal. ‘Lugar said plans for the facility began in 2005 when he and then-Senator Barack Obama entered a partnership with Ukrainian officials. Lugar and Obama also helped coordinate efforts between the U.S. and Ukrainian researchers that year in an effort to study and help prevent avian flu,’ explained author Tina Redlup.” – The National Pulse, Mar. 8

This Ukraine scenario is feeling eerily similar to DARPA’s involvement with COVID-19 development that was covered in “Premeditated Manslaughter Coordinated at the Highest Levels,” published in Jan. 2022 (Twitter thread). There’s also an episode of the U.S. Department of Defense deleting data from the Defense Medical Epidemiology Database (DMED) in an attempt to cover up damages done by the mRNA “vaccines.” Not to mention the “Potential Insurance Industry Bust Over Excess Pandemic Deaths” Part 1 and 2 (Twitter thread) and its relevant mRNA inoculation clinical trial data that Pfizer tried to seal for 75 years. That attempt was overturned by a judge, and Pfizer released the first batch of their documents last week. It includes a post-marketing survey (noted in Steve Kirch’s “License to Kill” article) that is succinctly summarized in a brief video presentation by Dr. John Campbell.

A three-card Monty game is only played when there’s something to hide for the benefit of a dealer. In this case, it’s about dealing in biomedical research that likely includes biodefense, and the State Department is doubling down on innocence. China has also chimed in on biolabs in Ukraine, and they’re demanding an explanation. Dr. Robert Malone has penned two articles with his take on the Ukraine biolab situation with links to additional documentation. I highly recommend you read his article in full.

All Along the Watchtower – Would the Russian invasion of Ukraine be justified if it were for biodefense?… “I have spent most of my career deeply involved in the US Biodefense enterprise. I have worked closely with biodefense research teams at USAMRIID, DTRA, and MIT Lincoln Lab. I was once a business partner with a retired CIA officer who was deeply involved in the DoD biodefense enterprise, and I have co-published with another.  I once worked for the Dynport Vaccine Company, which had the DoD contract for ‘advanced development’ (basically, clinical testing) of virtually all biodefense medical countermeasures for the US Department of Defense. My father worked as a federal defense contractor all his life, as did my father-in-law.  In my father’s case, it was mostly in high energy systems- including developing technologies for protection against the electromagnetic surge effects of ‘the bomb’ as well as exploding foil – the technology used to trigger ‘the bomb’.  My father in-law ran the Raytheon special projects division – basically a CIA gadget and technology shop. Think ‘Q’ from the James Bond series. This is a byzantine world that I have deep understanding of, and direct experience with for virtually my entire life. I lived by the mantra which all DC bureaucrats know – keep your head down, because if they cannot see you, they cannot shoot you.’” – Dr. Robert Malone, Mar. 9 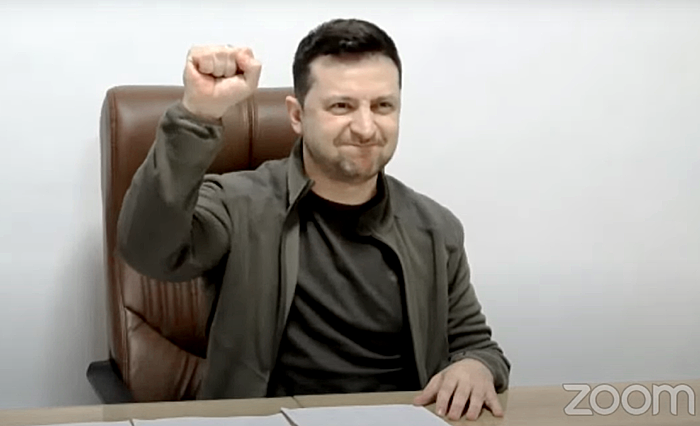 Ukraine is Trying to Goad the US into World War III… “There is no ambiguity here — at this very moment, a furious multi-front lobbying blitz is underway to solicit full-fledged US military intervention in Ukraine, and therefore open warfare against Russia. To put it bluntly, a foreign country’s representatives are doing all they possibly can to instigate the closest thing anyone on Earth has ever experienced to World War III. At the forefront of this campaign is the president, Zelensky, who’s been transformed overnight into an international folk hero… At this point, everyone with a bare-minimum understanding of what a US-administered ‘No Fly Zone’ would entail has readily acknowledged that it means direct war with Russia — and by extension a radically increased risk of nuclear annihilation.” – Michael Tracey, Mar. 6 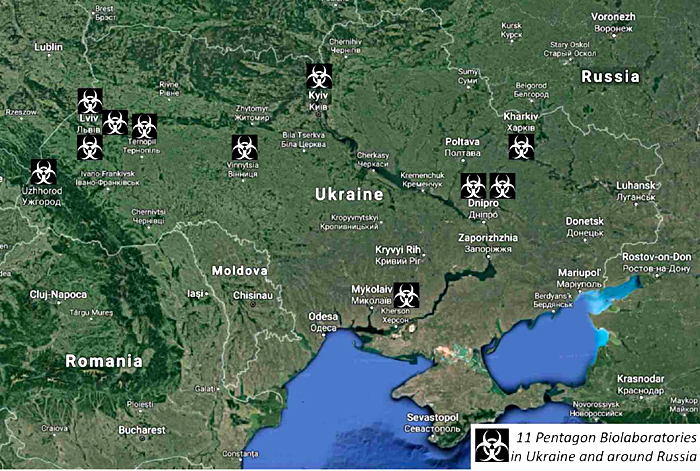 Map Courtesy of The Rio Times

Have your financial house in order and keep the food pantry stocked.