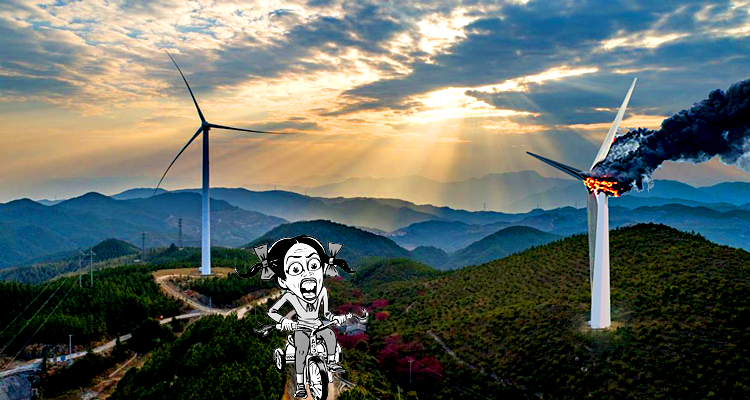 Did you think the $93 trillion New Green Deal plan was designed to save a planet from its innate climate cycles with renewable energy? Think again. Only $8 trillion is slated for green energy infrastructure and the remaining $85 trillion goes to “guaranteed” jobs, housing, healthcare, and food security. Roughly 91% of the 10-year plan is structured to transform the U.S. economy into socialist statehood by redistributing debt-wealth and corralling the populace into centralized government dependence to prime the plebs for “The Naked Emperors’ Great Reset” (Twitter thread). Adding China’s Skynet surveillance model to the mix would multiply the futility of any resistance from the plebs or remaining patriots. 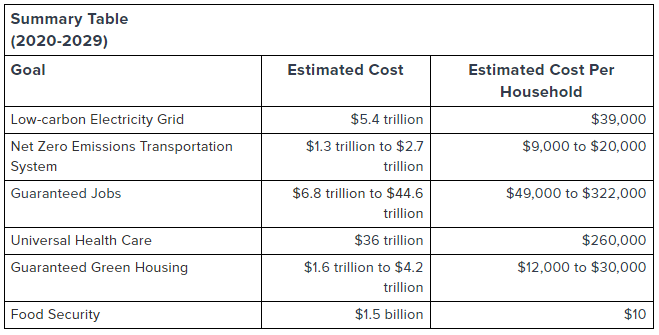 Implementing that utopian infrastructure would still not cover all the bases, as a diversified powerbase that includes natural gas, coal, nuclear, and renewables is the contemporary solution because the sun is not always shining and the wind is not always blowing. A reality check is in order:

Bright Green Impossibilities… “So, if we are going to zero emissions by 2050, we will need to replace about 193 petawatt-hours (PW – 1015 watt-hours) of fossil fuel energy per year. Since there are 8,766 hours in a year, we need to build and install about 193 PW-hours/year divided by 8766 hours/year ≈ 22 terawatts (TW, or 1012 watts) of energy generating capacity… Starting from January 25, 2021, there are 10,568 days until January 1, 2050. So, we need to install, test, commission, and add to the grid about 22 terawatts (10568 days ≈ 2.1 gigawatts/day (GW/day) or 109 watts/day) of generating capacity every day until 2050… We could go all nuclear. In that case, we’d need to build, commission, and bring on-line a brand-new 2.1 GW nuclear power plant every day until 2050. Don’t like nukes? Well, we could use wind power. Now, the wind doesn’t blow all the time. Typical wind ‘capacity factor’, the percentage of actual energy generated compared to the nameplate capacity, is about 35%. So, we’d have to build, install, commission and bring online just under 3,000 medium-sized (2-megawatt, MW = 106 watts) wind turbines every day until 2050. No problem, right?… Don’t like wind? Well, we could use solar. Per the NREL, actual delivery from grid-scale solar panel installations on a 24/7/365 basis is on the order of 8.3 watts per square meter depending on location. So, we’d have to cover ≈ 100 square miles with solar panels, wire them up, test them, and connect them to the grid every day until 2050. Child’s play, right?… Of course, if we go with wind or solar, they are highly intermittent sources. So, we’d still need somewhere between 50% – 90% of the total generating capacity in nuclear, for the all-too-frequent times when the sun isn’t shining and the wind isn’t blowing.” – Watts Up With That, Jan. 2021

Without diverting too far from the Texaggedon event and getting lost in the climate change (aka global warming) goat rodeo debate, the metrics noted above and a couple more points will add some color to the Texas event before divulging a bombshell that is ultimately responsible for the statewide power outage.

Historical records show that the lowest temperature ever witnessed in Texas was -23 degrees Fahrenheit in February of 1899 and 1933. That was before the heyday of Ford and SUVs. In Feb. 1956, the largest-ever monthly snowfall in Texas clocked in at 36 inches. Earlier this week, Dallas-Fort Worth dropped to -2 degrees and tied a previous record from 1949, and San Angelo tied its second-coldest all-time record low at -1. Black ice on Feb. 11 was a precursor to the main event and caused a deadly 133-car pileup on an elevated section of highway I-35 outside of Fort Worth. It was reported that many of the injured and deceased were first-responder folks on their way to their early morning work shifts. Viewer discretion is advised.

Why did it get so cold in Texas? As far as the winter of 2020-2021 is concerned, it was widely reported by meteorological sources that a La Nina in the Pacific Ocean had taken hold during late fall. That setup typically causes the Jet Stream pattern to dip into the Midwest along with cooler weather. In combination with a weak Polar Vortex (PV) that developed this year, it was possible that a portion would splinter off and catch a ride with the Jet Stream. In my humble opinion, that is exactly what happened and the PV plunged deep into Texas. 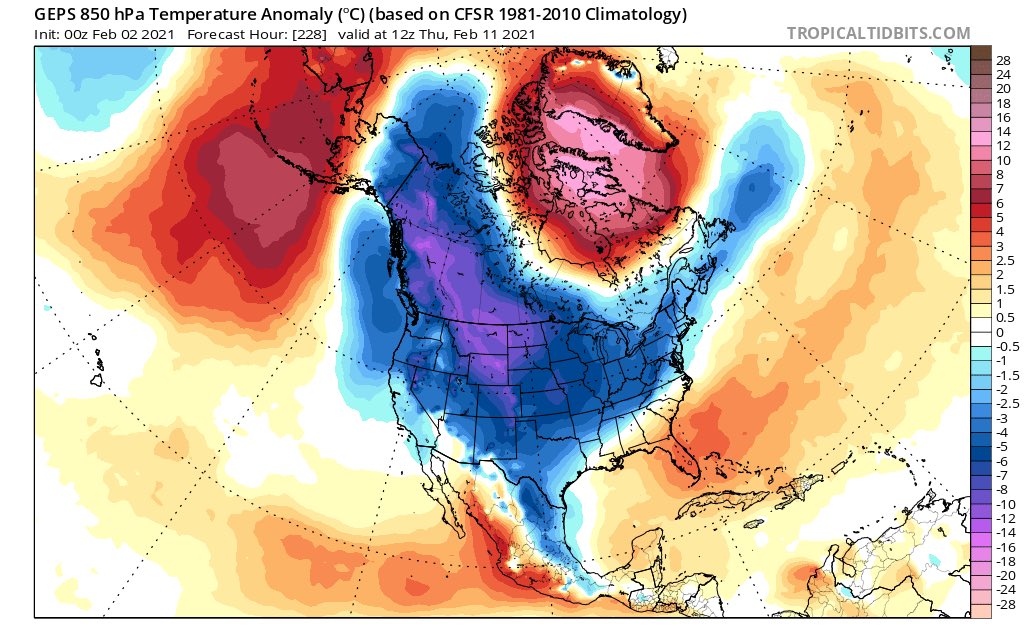 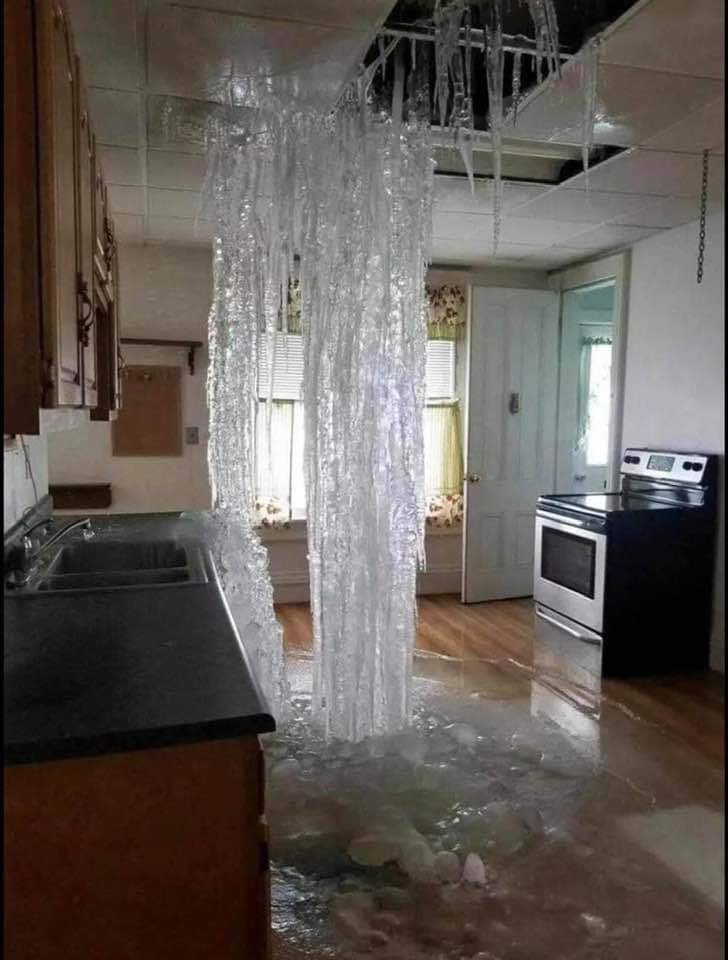 10 years ago, 3.2 million households in Texas experienced a similar power outage event when winter weather caused the Electric Reliability Council of Texas (ERCOT) to cut power across the state. In Aug. 2011, the Federal Energy Regulatory Commission (FERC) published a 357-page report that explained why the outages occurred and suggested power grid upgrades to mitigate the potential for a repeat performance:

“Generators were generally reactive as opposed to being proactive in their approach to winterization and preparedness. The single largest problem during the cold weather event was the freezing of instrumentation and equipment. Many generators failed to adequately prepare for winter, including the following: failed or inadequate heat traces, missing or inadequate wind breaks, inadequate insulation and lagging (metal covering for insulation), failure to have or to maintain heating elements and heat lamps in instrument cabinets, failure to train operators and maintenance personnel on winter preparations, lack of fuel switching training and drills, and failure to ensure adequate fuel… Combining forced outages with scheduled outages, approximately one-third of the total ERCOT fleet was unavailable at the lowest point of the event. These extensive generator failures overwhelmed ERCOT’s reserves, which eventually dropped below the level of safe operation. Had ERCOT not acted promptly to shed load, it would very likely have suffered widespread, uncontrolled blackouts throughout the entire ERCOT Interconnection.” – KXAN, Feb. 2021

Texas Spins Into the Wind… “Between Feb. 8 and Feb. 16, wind power plunged 93% while coal increased 47% and gas 450%, according to the Energy Information Administration (EIA.gov). Yet the renewable industry and its media mouthpieces are tarring gas, coal and nuclear because they didn’t operate at 100% of their expected potential during the Arctic blast even though wind turbines failed nearly 100%… The policy point here is that an electricity grid that depends increasingly on subsidized but unreliable wind and solar needs baseload power to weather surges in demand. Natural gas is crucial but it also isn’t as reliable as nuclear and coal power… Politicians and regulators don’t want to admit this because they have been taking nuclear and coal plants offline to please the lords of climate change. But the public pays the price when blackouts occur because climate obeisance has made the grid too fragile. We’ve warned about this for years, and here we are.” – WSJ 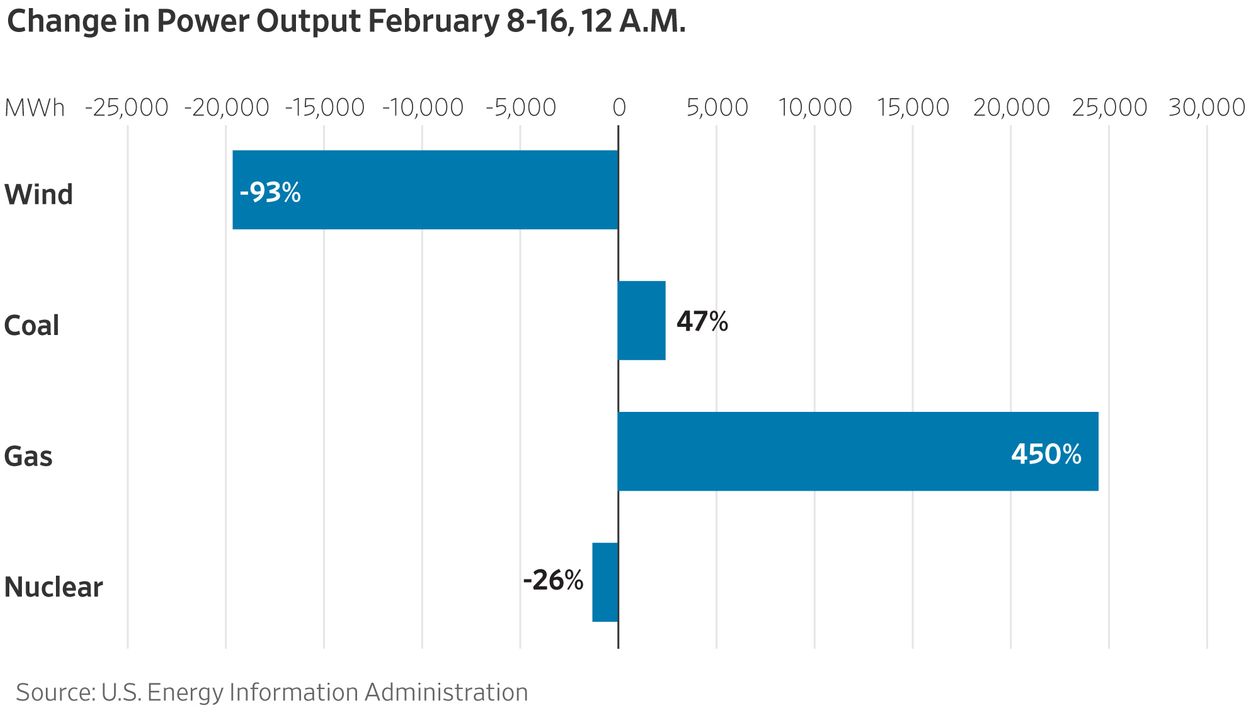 When Texas began building out its wind and solar power infrastructure over eight years ago, integral anti-icing technology was not yet widely available.

Sweden Shows Texas How to Keep Turbines Going in Icy Weather… “‘The standard case for wind power was that it should not build in rough and cold conditions, but the development of the technology has reached very far in a short amount of time since then,’ Skarp said. However, investment in anti-icing technologies is often not justified for warmer climates as the systems can have a negative impact on turbine efficiency and is expensive, according to Aaron Barr, principal wind energy consultant at Wood Mackenzie Ltd. The average age of the fleet in Texas is also more than eight years old, meaning they were built when technologies were not yet widely available.” – Bloomberg Green

Texas power grid was ‘seconds or minutes’ from a total blackout that could have lasted months, ERCOT says – Dallas News

Texas power grid now operating as normal, ERCOT said it lost 40% of generators earlier this week…  “The problem was that ERCOT lost 40% of the power generation it expected Sunday into Monday, and couldn’t keep up. ERCOT had to reduce the demand, and ‘the only way we could do that would be outages.’” – KXAN

Back on Jan. 27, Biden stroked his pen across two Executive Orders that basically gutted deregulation policies that were enacted by the Trump administration.

The massive power outage across Texas has resulted in many deaths and incredible electric bills delivered to customers by ERCOT.

What about that bombshell news I mentioned earlier? It pins the main culprit for Texageddon on Biden’s newly-staffed Department of Energy (DoE) via Order No. 202-21-1. Since this post is beginning to get long in the tooth, it’s necessary to present a video that connects the dots. I realize folks may not be enthused about watching Alex Jones rant, but he does have the goods and lays out the case. Be patient while he goes through his emotions and eventually returns to a journalistic demeanor. 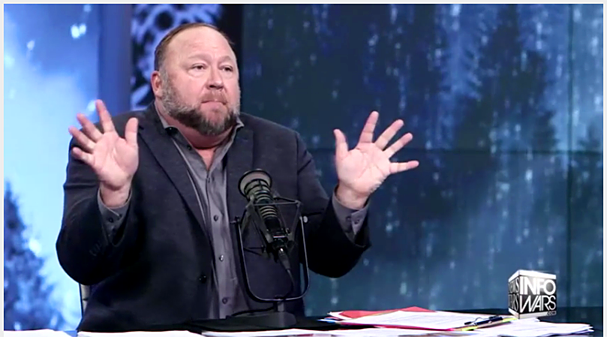 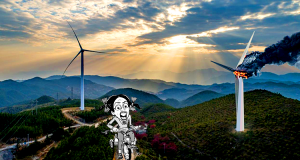