The Disregard of Informed Consent and Echoes of Nuremberg 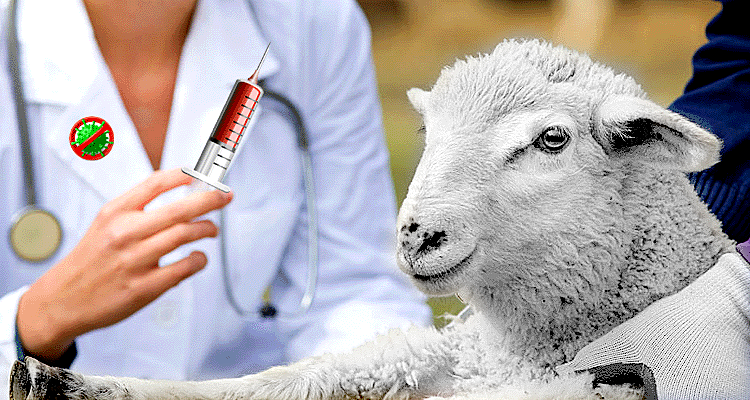 An expansive black hole filled with rampant fear in warped speed from billions of souls is roaming the Earth during this pandemic era, so much so that many wait patiently in line at a local drive-thru operation with one arm hanging out their window and singing silent sighs of relief. Most disturbing is how a general public concerned over genetically modified organisms (GMOs) in their food supply are demonstrably complacent over the lack of informed consent or provision of science-based, documented risk (i.e. Dr. Geert Vanden Bossche) while voluntarily injecting experimental technology via a gene modifying (mRNA) inoculation under the auspices of a Food and Drug Administration (FDA) Emergency Use Authorization (EUA).

“What does a perfect group of followers do? It doesn’t think, and it doesn’t feel any more, it follows.” – Victor Klemperer, The Language of the Third Reich: LTI, 1947

“The Moderna COVID‑19 Vaccine has not been approved or licensed by the FDA, but has been authorized for emergency use by FDA, under an Emergency Use Authorization… There is no FDA-approved vaccine to prevent COVID‑19” – Moderna FAQs

Our mRNA Medicines – The ‘Software of Life’… “We set out to create an mRNA technology platform that functions very much like an operating system on a computer… the ‘program’ or ‘app’ is our mRNA drug – the unique mRNA sequence that codes for a protein… the actual genetic code that instructs ribosomes to make protein. Utilizing these instruction sets gives our investigational mRNA medicines a software-like quality.” – Moderna

There is no doubt that we are living in difficult times. The pernicious dissemination of misinformation and lack of knowledge is burgeoning the existent distrust of mainstream media reporting biases, public faces in institutional leadership positions, the government, and it’s fostering divisive cynicism among friends and family when unity and common sense are most needed. 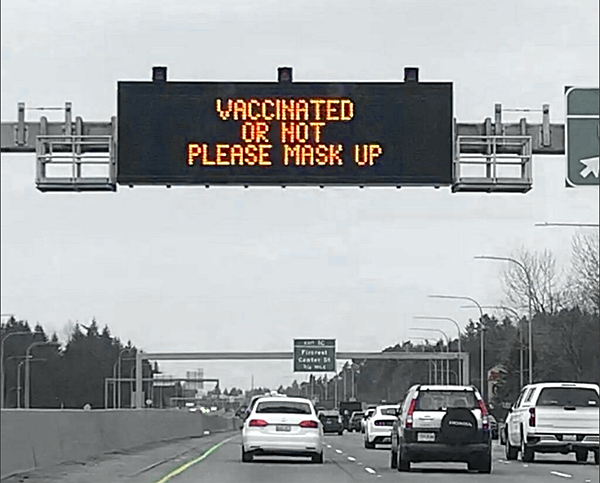 The “Unvaccinated” Question… “There is no place for us in ‘New Normal’ society… To them, we are a suspicious, alien tribe of people… they are discussing the need to segregate us, how to segregate us, when to segregate us, in order to protect society from us. In their eyes, we are no more than criminals, or, worse, a plague, an infestation. In the words of someone, ‘getting rid of the Unvaccinated is not a question of ideology. It is a question of cleanliness,’ or something like that… Totalitarian movements do not simply stop on their own. They continue to advance toward their full expressions, ultimately transforming entire societies into monstrous mirror-images of themselves, unless they are opposed by serious resistance.” – Consent Factory, Mar. 29

Emergency Use Authorization of Covid Vaccines — Safety and Efficacy Follow-up Considerations… “Use of an investigational vaccine under an EUA would not be subject to the usual informed consent requirements for clinical investigations; nevertheless, vaccine recipients will be provided a fact sheet that describes the investigational nature of the product, the known and potential benefits and risks, available alternatives, and the option to refuse vaccination.” – New England Journal of Medicine, Nov. 2020

I recently surveyed numerous individuals within my six degrees of separation that will not, under any circumstances, or have already consented to the available inoculations along with a digital or paper certification (aka vax passports). My survey list included engineers, politicians, technology geeks, registered nurses, blue-collar labor, and retired or elderly folks. Those on the record to not consent were aware of the experimental status of the mRNA jab. Those who received the jab did not have any informed consent or receive a “fact sheet” from medical professionals they encountered, but all were required to check the box via a Website or hard copy form letter that relinquished all legal liability of anyone connected to the development and distribution of the jab. They also felt pressure to accept the risk because of fear of travel or commerce restrictions and/or parroted a hollow “benefit outweighed the risk” talking point.

Informed Consent… “The patient must be competent to make a voluntary decision about whether to undergo the procedure or intervention. Informed consent is both an ethical and legal obligation of medical practitioners in the US and originates from the patient’s right to direct what happens to their body. Implicit in providing informed consent is an assessment of the patient’s understanding, rendering an actual recommendation, and documentation of the process… The following are the required elements for documentation of the informed consent discussion: (1) the nature of the procedure, (2) the risks and benefits and the procedure, (3) reasonable alternatives, (4) risks and benefits of alternatives, and (5) assessment of the patient’s understanding of elements 1 through 4. It is the obligation of the provider to make it clear that the patient is participating in the decision-making process and avoid making the patient feel forced to agree to with the provider. The provider must make a recommendation and provide their reasoning for said recommendation.” – National Center for Biotechnology Information, Aug. 2020

Assessing The Legality Of Mandates For Vaccines Authorized Via An Emergency Use Authorization (EUA)… “The FDA recently issued EUAs for (3) Covid-19 vaccines… The EUA provision was added to the federal Food, Drug, and Cosmetic Act (FDCA) in 2004 to give the government increased flexibility to respond to a chemical, biologic, nuclear, or radiation threat. When the pathway was created, special language was included for informational disclosures for individuals offered a medical product under an EUA. Specifically, under 21 U.S.C. § 360bbb-3(e)(1)(A)(ii)(III), each individual must be informed ‘of the option to accept or refuse administration of the product, of the consequences, if any, of refusing administration of the product, and of the alternatives to the product that are available and of their benefits and risks’… A review of the Congressional Record reveals no mention of allowing the government or private entities the ability to mandate administration of EUA products. Rather, EUAs consistently are characterized as a vehicle for providing access to promising, but unproven, medical products.’” – Health Affairs, Feb. 16

After the surrender of Nazi Germany between 1946 and 1949, an International Military Tribunal put senior Nazis on trial in Nuremberg for crimes against peace, war crimes, and crimes against humanity. Prosecutors provided numerous examples and overwhelming evidence of the atrocities. A 45-minute film by Allied photographers included captured footage and was presented by Russian prosecutors that showed graphic details. Eyewitness testimony of the brutality in Auschwitz was presented by the French.

Nuremberg Trials: A warning to war criminals and dictators… “The trial surpassed everything that had ever been possible before: In 218 trial days, the court heard 240 witnesses and examined more than 300,000 affidavits. The minutes of the hearing comprised 16,000 pages… The trial ended with the pronouncement of 12 death sentences, seven prison sentences and three acquittals. Sixteen days later, just hours before his execution, Göring committed suicide with poison. Twelve more trials took place before US military tribunals against 185 other selected Nazis. Some 24 of those were sentenced to death. The last trial ended in April 1949.” – DW, Dec. 2020

“Less Than Human” (Nazi Eugenics – Precursors, Policy, Aftermath) includes the Webpage Perpetrators and Accomplices. Peruse that page with a search by using the word “injection” or “medical.” When searching for “vaccine,” you will find a brief summary for Dr. Hans Conrad Julius Reiter. He was an infamous Nazi physician that was involved with involuntary sterilization and euthanasia. He also  helped design and implement medical experiments at the Buchwald concentration camp, where internees were inoculated with an experimental vaccine that resulted in hundreds of deaths. Unfortunately, he was released from prison after assisting the Allies with his knowledge of germ warfare.

Judgments by the war crimes tribunal at Nuremberg were significant because they resulted in 10 standards that physicians worldwide must conform to when carrying out experiments on human subjects. Those guidelines are known as the Nuremberg Code.

The Significance of the Nuremberg Code… “The person involved should have legal capacity to give consent; should be so situated as to be able to exercise free power of choice, without the intervention of any element of force, fraud, deceit, duress, overreaching, or other ulterior form of constraint or coercion; and should have sufficient knowledge and comprehension of the elements of the subject matter involved as to enable him to make an understanding and enlightened decision. This latter element requires that before the acceptance of an affirmative decision by the experimental subject there should be made known to him the nature, duration, and purpose of the experiment; the method and means by which it is to be conducted; all inconveniences and hazards reasonably to be expected; and the effects upon his health or person which may possibly come from his participation in the experiment. The duty and responsibility for ascertaining the quality of the consent rests upon each individual who initiates, directs or engages in the experiment. It is a personal duty and responsibility which may not be delegated to another with impunity.” – New England Journal of Medicine, Nov. 1997 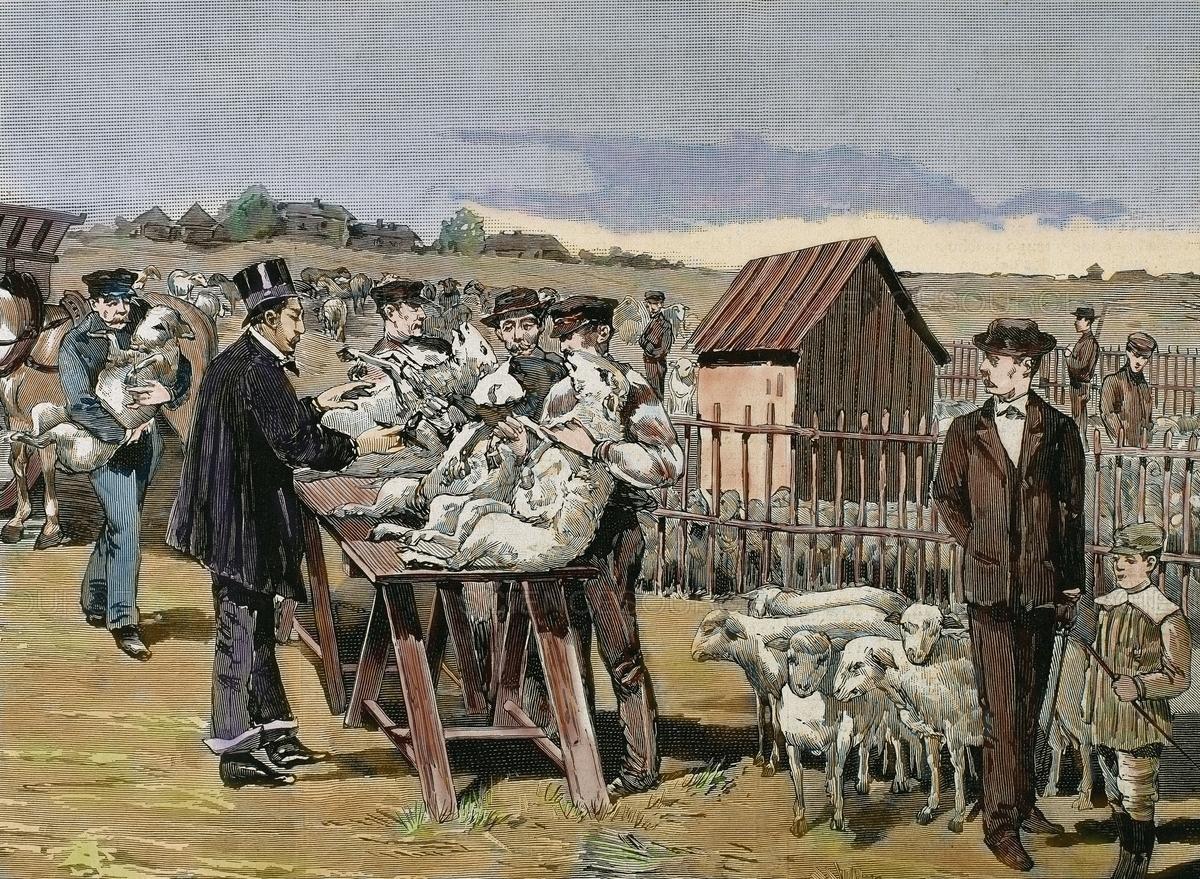 If you would like to follow my coverage of the pandemic, the most recent article is “A Mutant Emerges in the Second Wave” and its ongoing Twitter thread since Dec. 2020, and the Twitter thread for this informed consent article. The only centralized real-time database that tracks adverse reactions and death from the mRNA jab can be found at the CDC VAERS reporting system. I recommend OpenVAERS which is an independent backup that presents the data in an easy to read format. The following form letter was published by Dr. Francis Boyle for all to use if necessary.

Refusal Form Letter: “By authority of the Nuremberg Code on Medical Experimentation, I do hereby exercise my right to refuse to submit to or to administer the COVID-19 vaccine. The United States Government has prosecuted, convicted and executed Medical Doctors who have violated the Nuremberg Code on Medical Experimentation. Aiders and abettors of Nuremberg Crimes are equally guilty and have also been prosecuted, convicted, and executed” – Francis Boyle PhD (Resume), Professor at the University of Illinois College of Law

Foster the People – Pumped Up Kicks (about those controversial lyrics)