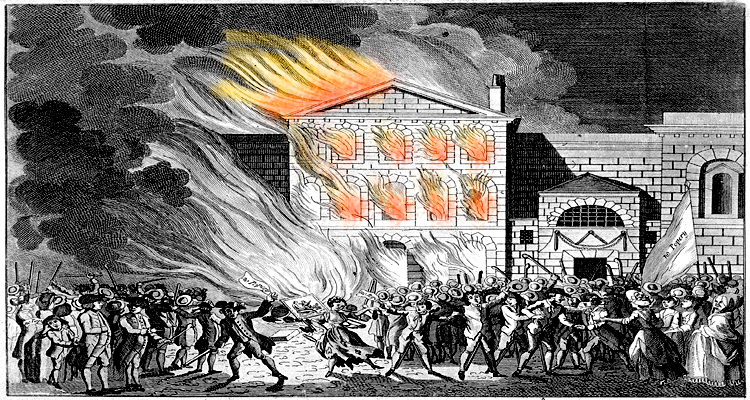 Democratic leaders remain in deep denial over their 2016 Presidential Election loss to Donald Trump. They are so distraught over their self-created debacle via an incompetent DNC and criminal Hillary Clinton that they resorted to any means necessary to remove a duly-elected POTUS from office, even if the basis for impeachment is based upon supposition and vitriol rather than factual circumstance. That underlying anger has the progressive left and socialists removing their moderate masks and unabashedly admitting their political aspirations.

The trend teetering on an outright coup and simmering behind a bureaucratic coup and impeachment taking place on Capital Hill is not hyperbole, as polls have found that up to 50% of millennials would rather live under socialism or communism than capitalism.

Millennials Are Clueless About Communism. Here’s Why That’s a Problem… “The poll also found that nearly 1 in 5 millennials think Joseph Stalin was a hero. ‘Millennials now make up the largest generation in America, and we’re seeing some deeply worrisome trends,’ said Marion Smith, executive director for the Victims of Communism… The findings of this study should be a wake-up call to those who think that communism is no longer a threat to the United States and the West. Young people, who had little personal experience with the half-century battle between Soviet tyranny and American freedom. It is a sad indictment on a generation that grew up with more prosperity than any in human history would turn on the system that brought them there. Alas, socialism appears to be the opiate of prosperous utopians.” – DailySignal, Nov. 2017

Clueless Millennials Taking To Communism Like Ducks To Water… “Everywhere where socialism has taken root, political persecution, oppression, and misery have soon followed yet this evil philosophy has been embraced by Democrats and their angry young social justice warrior mobs. As no less an authority than Vladimir I. Lenin himself put it – ‘The goal of socialism is communism’ and make no mistake, that is where America is headed if the radicalized Democrats led by AOC get their way.” – DefConNews, Oct. 2019

The derangement exhibited by the current democratic base goes much further than personality politics and is nearing a constitutional crisis that took root well before the 2016 presidential election. If that is not enough to raise an eyebrow, the latest strategy is to circumvent and abolish the Electoral College with unbridled support from enough useful idiots willing to sacrifice their liberty for a perceived safe-space.

An argument that the Electoral College system vs. a simple majority vote distorts the one-person, one-vote principle of democracy because electoral votes are not distributed according to population is a false narrative, not to mention we live in a republic – not a democracy.

As an example, Wyoming has a population of approximately 580,000. They have one member in the House of Representatives and two in the U.S. Senate, which gives the state three electoral votes and equates to one electoral vote per 200,000 people. In contrast, California is the most populace state, with approximately 39.5 million people and 55 electoral votes, which equates to one vote per 715,000 people. Wyoming, in comparison, has nearly four times the power in the Electoral College than California. The whiners complain that using the Electoral College instead of the popular vote and majority rule is undemocratic, and they are absolutely correct. By not deciding the presidency by mob rule is no democracy.

“Remember democracy never lasts long. It soon wastes, exhausts, and murders itself. There never was a democracy yet, that did not commit suicide.” – John Adams

The Founding Fathers wanted to ensure that we remained a republic and not devolve into a democracy, and note that the term “democracy” is not within the Declaration of Independence, the Constitution, or any other document they penned. They articulated contempt for tyranny and majority rule and created impediments to ensure it did not occur. Two houses of Congress are one obstacle, as 51 senators can block the wishes of 435 representatives and 49 senators. The president has the power to veto the wishes of members of Congress, and it requires two-thirds of both houses to override that veto. In order to change the Constitution, a two-thirds vote in both houses is required, and any amendment must be ratified by three-fourths of state legislatures.

The Electoral College also prevents a majority rule because it ensures that highly-populated states do not use a deplorable (pun intended) coup and ignore the wishes of the rest of the nation, which forces presidential candidates to consider less populated states described with fly-over country disparagement. For an in-depth look into the purpose behind the electoral voting process, read “Disenfranchising The Voters – Destroying the Electoral College by KrisAnne Hall, JD. Here is an excerpt:

“The State of Oregon House passed legislation (HB 2927) that would make Oregon award its Electoral College votes only to presidential candidates who win the national popular vote. According to National Popular Vote, this kind of legislation has already been passed by 11 States, (CA, DC, HI, IL, MA, MD, NJ, NY, RI, VT, WA). Now, we have federal House Representatives proposing legislation to amend the Constitution to eliminate the Electoral College system altogether… The process of the electoral college was established to ensure that the person elected to be president of these United States would accurately represent the union as a whole, not favoring certain States while ignoring others. The office of president, contrary to popular belief, was never designed to be a representative of individual citizens, but rather a representative of the collective interests of the States. A survey of the powers delegated to the president via Article 2 of the Constitution makes the role of the president quite clear. He is not the “leader of America,” he is the leader of the military upon declaration of war by Congress. He is part of the treaty process that makes contractual agreements with foreign governments and the States. Most everything that the president is to do, he does only with the consent of the Senate (the voice of the States). Together, the President and the Senate ensure that each State’s interests are represented equally in matters of war, peace, and foreign commerce. The office of the president was established to be the voice to foreign countries on behalf of the collective States. Because he is the representative of the States, the electors of the State are to choose their president based upon the person they believe will best represent the principles and interests of their State.”

As a gentle reminder, here is a map of the 2016 Presidential Election results: 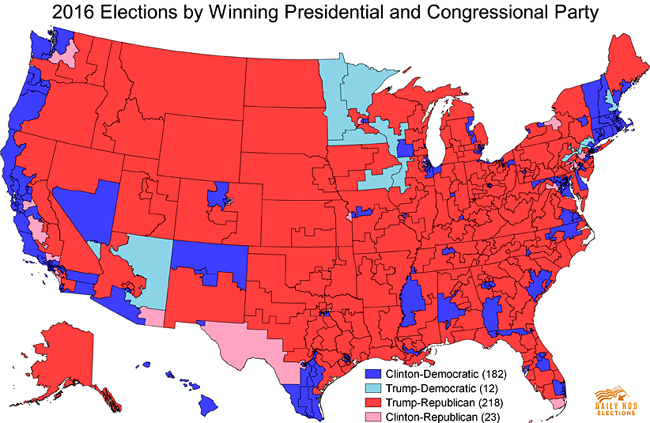 When you step into a voting booth this year and select the next President of the U.S., be sure that decision is not based on a personality contest but decided upon due to his or her record of keeping our constitutional republic and inalienable rights intact. If you are aware of how socialism eventually destroys a nation, know that the wise among us see the potential for a train wreck a mile away.

Tudor Jones: the stock market will ‘definitely decline’ if a Democrat wins the 2020 election – CNBC, Nov. 2019

Mingo Fishtrap: “Things Ain’t What They Was” 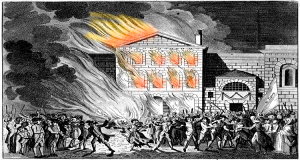