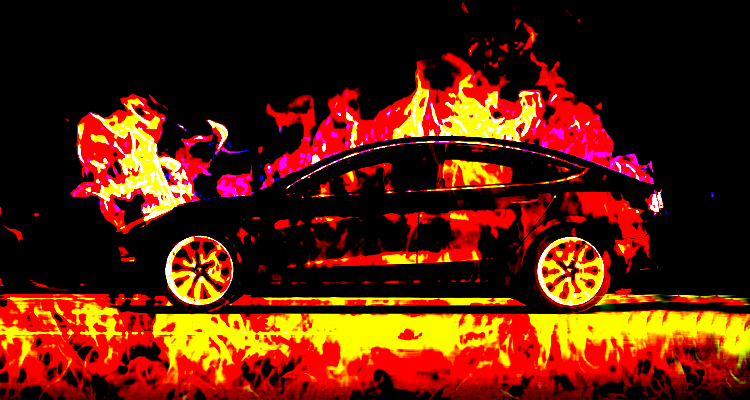 Electric Vehicle (EV) adoption by the United States population at large by the 2030s is an economic, environmental, and infrastructure boondoggle that’s being rammed down the throats of U.S. citizens by the Biden administration and Pete Buttigieg’s incompetence via the Department of Transportation.

Capitol Hill’s underlying motive for transforming U.S. energy policy and the petroleum industry’s infrastructure is based on an environmental emergency that doesn’t exist and political science. EVs are not cheaper to buy and run than internal-combustion engines, don’t use less energy, and don’t cause less pollution. There is certainly a pollution problem in the environment, but that job falls under the auspices of the Environmental Protection Agency and has nothing to do with Buttigieg or the complexity of Earth’s climate that’s always changing. This topic is broad in scope, so I offer only a few points to consider from my previous writings and recent reading

Let’s start with a video clip from Capitol Hill last month where Buttigieg was schooled by Rep. Massie on EV policy and the electric grid, along with another with Tucker Carlson interviewing Massie about renewable energy boondoggles and grilling Buttigieg.

A recent example of when haphazard energy policy takes down an existing power grid was covered in “Texageddon is Rasping the Green New Deal Utopians” published in February 2021. Here is an excerpt:

“Did you think the $93 trillion New Green Deal plan was designed to save a planet from its innate climate cycles with renewable energy? Think again. Only $8 trillion is slated for green energy infrastructure and the remaining $85 trillion goes to ‘guaranteed’ jobs, housing, healthcare, and food security. Roughly 91% of the 10-year plan is structured to transform the U.S. economy into socialist statehood by redistributing debt-wealth and corralling the populace into centralized government dependence to prime the plebs for ‘The Naked Emperors’ Great Reset’ (Twitter thread). Adding China’s Skynet surveillance model to the mix would multiply the futility of any resistance from the plebs or remaining patriots… Implementing that utopian infrastructure would still not cover all the bases, as a diversified powerbase that includes natural gas, coal, nuclear, and renewables is the contemporary solution because the sun is not always shining and the wind is not always blowing. A reality check is in order.” – TraderStef

Bright Green Impossibilities… “So, if we are going to zero emissions by 2050, we will need to replace about 193 petawatt-hours (PW – 1015 watt-hours) of fossil fuel energy per year. Since there are 8,766 hours in a year, we need to build and install about 193 PW-hours/year divided by 8766 hours/year ≈ 22 terawatts (TW, or 1012 watts) of energy generating capacity… Starting from January 25, 2021, there are 10,568 days until January 1, 2050. So, we need to install, test, commission, and add to the grid about 22 terawatts (10568 days ≈ 2.1 gigawatts/day (GW/day) or 109 watts/day) of generating capacity every day until 2050… We could go all nuclear. In that case, we’d need to build, commission, and bring on-line a brand-new 2.1 GW nuclear power plant every day until 2050. Don’t like nukes? Well, we could use wind power. Now, the wind doesn’t blow all the time. Typical wind ‘capacity factor’, the percentage of actual energy generated compared to the nameplate capacity, is about 35%. So, we’d have to build, install, commission and bring online just under 3,000 medium-sized (2-megawatt, MW = 106 watts) wind turbines every day until 2050. No problem, right?… Don’t like wind? Well, we could use solar. Per the NREL, actual delivery from grid-scale solar panel installations on a 24/7/365 basis is on the order of 8.3 watts per square meter depending on location. So, we’d have to cover ≈ 100 square miles with solar panels, wire them up, test them, and connect them to the grid every day until 2050. Child’s play, right?… Of course, if we go with wind or solar, they are highly intermittent sources. So, we’d still need somewhere between 50% – 90% of the total generating capacity in nuclear, for the all-too-frequent times when the sun isn’t shining and the wind isn’t blowing.” – Watts Up With That, Jan. 2021

The next topic to consider is CO2, existing energy production, and agriculture. They were covered in “King Coal’s Rally and Common Sense in Energy Policy” published in June 2022, and I explored “Regenerative Agriculture is a Pollution Solution Instead of Bankrupting the Coal and Livestock Industry” published in December 2019. Here is an excerpt:

“It is imperative to first differentiate what pollution is vs. CO2. The level of carbon dioxide is one cog in a complex climate story and a healthy gas that is necessary for the planet. Human survival relies on it. There is no correlation between carbon dioxide levels and the warming or cooling of Earth, but the big ball of fire in the sky is the primary driver of Earth’s climate and we cannot do much about that, much less think that fleecing the population with a carbon tax scheme can save a planet or solve an underappreciated issue…  Before I elaborate further, you should acknowledge the existence of a political agenda that gives funding and fuel to pseudoscience and stokes eco-pocalyptic propaganda resulting in global warming fear that morphed into a climate change meme to rationalize the fraud, as meteorological models have proved it false, in addition to several incidents of manipulated data from official governmental agencies. How dare you!” – TraderStef

Examination Of The Relationship Between Temperature & CO2 – Arizona Independent, May 2017 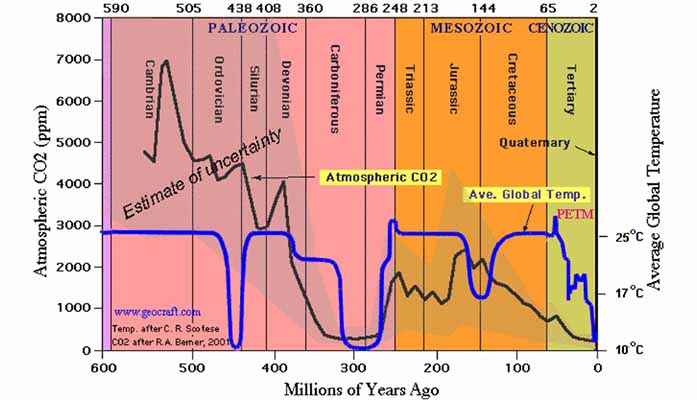 In “Biden’s Meatsack is Building Back Broke for Klaus’s Soulless Borg” published in June 2022, the lack of basic knowledge that permeates the selling of EVs to the general public is seen in the following video:

“It’s an incompetent clown show that’s rarely called out by mainstream media presstitutes. In one rare moment of inconvenient truth, the ineptitude of greenies from the extreme faction was exposed by a GM spokesperson that had to be educated on where the electricity came from during an electric vehicle public relations stunt. Roughly 95% of ‘clean’ energy used to charge an EV in their Michigan town is sourced from COAL.” – TraderStef

Another issue with EVs is the batteries. They’re not just a fire hazard that receives a lot of media coverage, but sitting on top of a large compartment filled with batteries on a daily basis exposes your body to potentially dangerous electromagnetic field (EMF) radiation.

Federal regulators warn of risks to firefighters from electrical vehicle fires… “Lithium-ion batteries pose a unique threat, and most first responders are not prepared… They extinguished it, but then a small flare shot out of the bottom of the charred hulk. Firefighters quickly put out those flames. Not long after, the car reignited for a third time.” – NBC News, Jun. 2021

Hybrid & Electric Cars: Electromagnetic Radiation Risks… “Unfortunately, much of the research conducted on this issue has been industry-funded by companies with vested interests on one side of the issue or the other which makes it difficult to know which studies are trustworthy. Meanwhile, numerous peer-reviewed laboratory studies conducted over several decades have found biologic effects from limited exposures to ELF EMF. These studies suggest that the EMF guidelines established by the self-appointed, International Commission on Non-Ionizing Radiation Protection (ICNIRP) are inadequate to protect our health. Based upon the research, more than 240 EMF experts have signed the International EMF Scientist Appeal which calls on the World Health Organization to establish stronger guidelines for ELF and radio frequency EMF. Thus, even if EMF measurements comply with the ICNIRP guidelines, occupants of hybrid and electric cars may still be at increased risk for cancer and other health problems.” – Joel M. Moskowitz, Ph.D., Director at the School of Public Health, University of California, Berkeley, Apr. 2022

The pollution hazard from EVs begins when mining the toxic metals necessary to manufacture the lithium-ion batteries and multiplies when they’re dumped into landfills due to a lack of recycling infrastructure and capability.

Electric Vehicles: Trading One Form of Hazardous Mining for Another… “EV sales could reach 23 million by 2030, thanks partly to the Biden administration’s stated goal of half of all new vehicles sold in 2030 being zero-emissions vehicles… Lithium batteries are the preferred battery technology because they have the highest charge-to-weight ratio… Currently, there are two viable ways to obtain lithium: hard rock extraction or evaporation ponds called salar brines. Due to its cost-effective nature, salar brines are the most commonly used method for lithium extraction… 66% of global lithium resources are from lithium brine deposits… Materials such as cobalt and nickel are processed with lithium chemicals to produce battery electrodes… it takes approximately 500,000 gallons of water to extract one metric ton of lithium from salar brines… Lack of water isn’t the only problem in lithium extraction. UNCTAD reports that breathing lithium dust causes respiratory tract irritation, and prolonged exposure can lead to pulmonary edema… Residents in Argentina’s Salar de Hombre Muerto say lithium operations using hydrochloric acid are contaminating streams, leading to livestock and crop irrigation problems… Lithium mining isn’t the only concerning factor with lithium-ion batteries. There are additional chemical elements in batteries, such as cobalt and graphite, which pose social and environmental challenges… Finally, in addition to the above-stated problems, mining battery components emit a fair amount of CO2, which varies based on specific mining and manufacturing processes.” – Epoch Times, Aug. 2022

Let’s not forget that the current economic reality is causing “New Car Sales to Plunge as Affordability Tanks and Repos Spike.” Folks are financially stressed and automobile manufacturers are raising EV prices due to inflation, and that eliminates any tax benefit or sales incentive to purchase an EV. Have you seen the cost to replace a bad battery in an EV? Nothing about EV policy emanating from Capitol Hill makes any sense except for “political science” vs. real science.

Ford raises price of electric F-150 Lightning by up to $8,500 due to ‘significant’ battery cost increases… “The starting prices for the 2023 F-150 Lightning will now range from about $47,000 to $97,000, up between $6,000 and $8,500, depending on the model. Ford is the latest automaker to increase pricing of its newest electric vehicles amid rising inflation and commodity costs… General Motors previously raised the price of its Hummer EV pickup by $6,250, while EV startups Rivian Automotive and Lucid increased the costs of their vehicles substantially more than that. Tesla also has raised pricing this year on its vehicles.” – CNBC, Aug. 2022 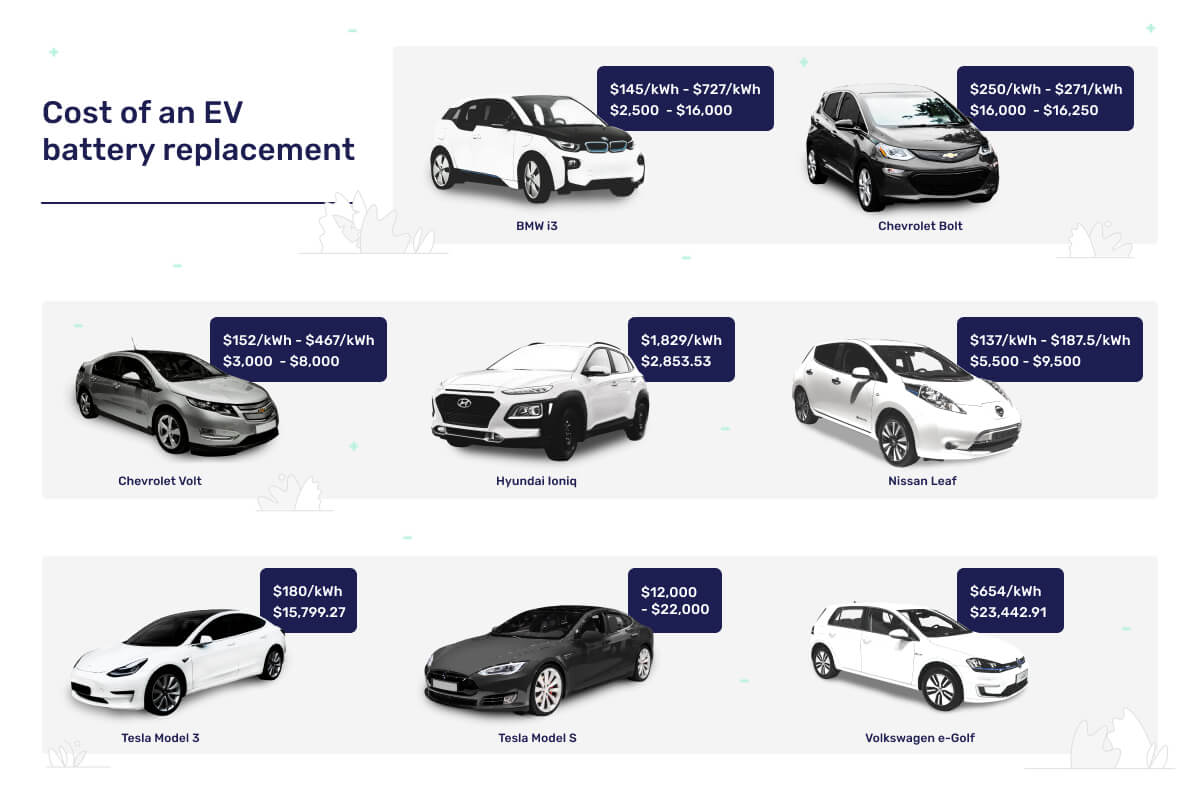 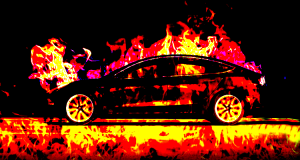