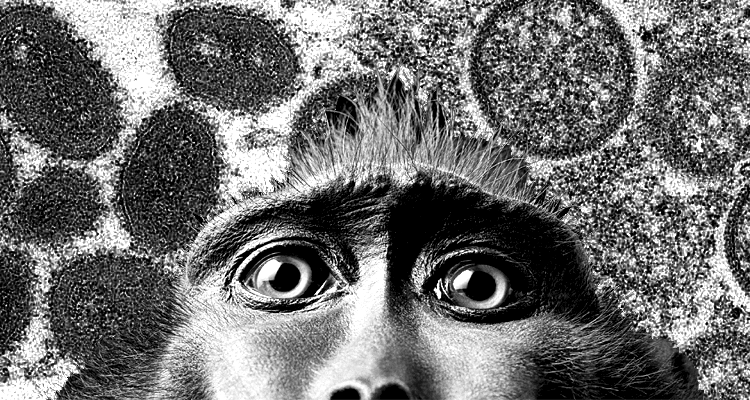 The monkeypox virus (MPXV) has been endemic in parts of the African continent for decades. Isolated outbreaks have occurred on other continents as recently as 2021, and the world didn’t freak out. Now that cases are emerging in numerous countries, the West and the WHO are breeding panic through mainstream media channels as the coronavirus pandemic is transitioning into a less virulent health threat.

African Scientists Baffled by Monkeypox Cases in Europe, US… “‘I’m stunned by this. Every day I wake up and there are more countries infected,’ said Oyewale Tomori, a virologist who formerly headed the Nigerian Academy of Science and who sits on several World Health Organization advisory boards. ‘This is not the kind of spread we’ve seen in West Africa, so there may be something new happening in the West,’ he said.” – AP, May 20

I find it remarkable that the COVID pandemic was war-gamed (Johns Hopkins: “The SPARS Pandemic”) prior to going live in 2019, and a monkeypox war game from 2021 may be going live this spring. Take note of the screenshot from the monkeypox exercise document. It states that May 15, 2022, is the start date for a hypothetical monkeypox pandemic.

Strengthening Global Systems to Prevent and Respond to High-Consequence Biological Threat… “In March 2021, the Nuclear Threat Initiative (NTI) partnered with the Munich Security Conference (MSC) to conduct a tabletop exercise on reducing high-consequence biological threats. Conducted virtually, the exercise examined gaps in national and international biosecurity and pandemic preparedness architectures and explored opportunities to improve capabilities to prevent and respond to high-consequence biological events. Participants included 19 senior leaders and experts from across Africa, the Americas, Asia, and Europe with decades of combined experience in public health, biotechnology industry, international security, and philanthropy. The exercise scenario portrayed a deadly, global pandemic involving an unusual strain of monkeypox virus that emerged in the fictional nation of Brinia and spread globally over 18 months. Ultimately, the exercise scenario revealed that the initial outbreak was caused by a terrorist attack using a pathogen engineered in a laboratory with inadequate biosafety and biosecurity provisions and weak oversight. By the end of the exercise, the fictional pandemic resulted in more than three billion cases and 270 million fatalities worldwide.” – NTI Tabletop Exercise, Nov. 2021 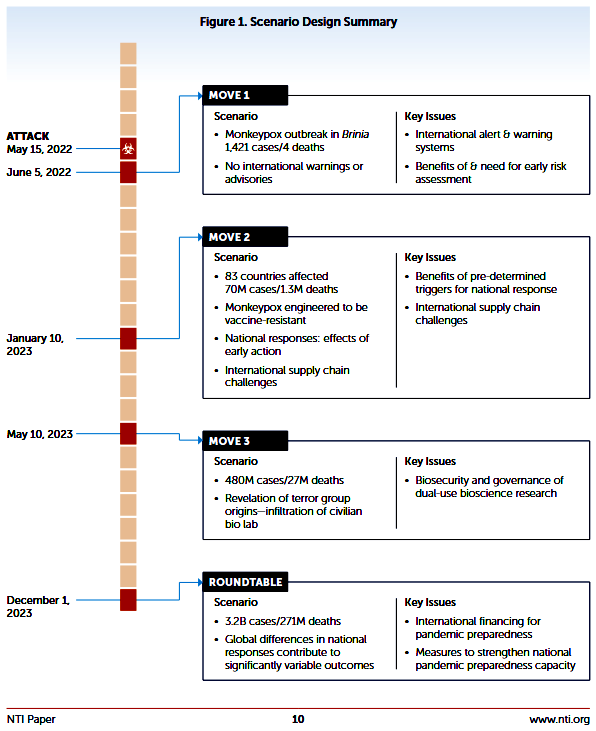 Let’s ink a few known facts about monkeypox before jumping to conclusions. It’s a zoonotic viral disease that’s caused by an orthopoxvirus and is closely related to variola (smallpox) in humans. It was first discovered in 1958 at the State Serum Institute in Copenhagen, Denmark when two outbreaks of a pox-like disease occurred in colonies of monkeys kept for research, hence the name “monkeypox.” The first human case was diagnosed in 1970 in a 9-month-old baby boy in Zaire, which is now the Democratic Republic of the Congo (DRC). There are hundreds of monkeypox cases in the DRC each year, and the virus managed to spread to other regions of Africa. Several flareups have occurred outside of Africa in recent years. One of the largest occurred in the U.S. in 2021.

Monkeypox Truth vs. Fearporn… “It does not have a high mortality rate. Unless some genetic alteration, either through evolution or intentional genetic manipulation, it is not a significant biothreat, and has never been considered a high threat in the past” – Dr. Robert Malone

After the virus jumps from an animal (or rodent) to a human, human-to-human transmission can occur when a person encounters the virus through direct contact with large respiratory droplets, bodily fluids (such as sexual contact), or lesions on the skin. The disease is endemic in the rainforests of central and western Africa, where wild squirrels and monkeys play a role in the lifecycle of the virus. The incubation period is usually 7 to 14 days and can range from 5 to 21 days. Initial symptoms include fever, headache, achy muscles, chills, exhaustion, and swollen lymph nodes. Within 1 to 3 days or longer after fever onset, a rash with lesions (like smallpox) usually emerges on the face and spreads to other parts of the body. The lesions fill with a puss-like fluid and eventually fall off and heal, but scarring occurs as the disease progresses through its 2- to 4-week cycle. Monkeypox usually does not spread easily from person to person, but evidence of community transmission is starting to emerge in the current outbreak of the less virulent “West African” strain on multiple continents. 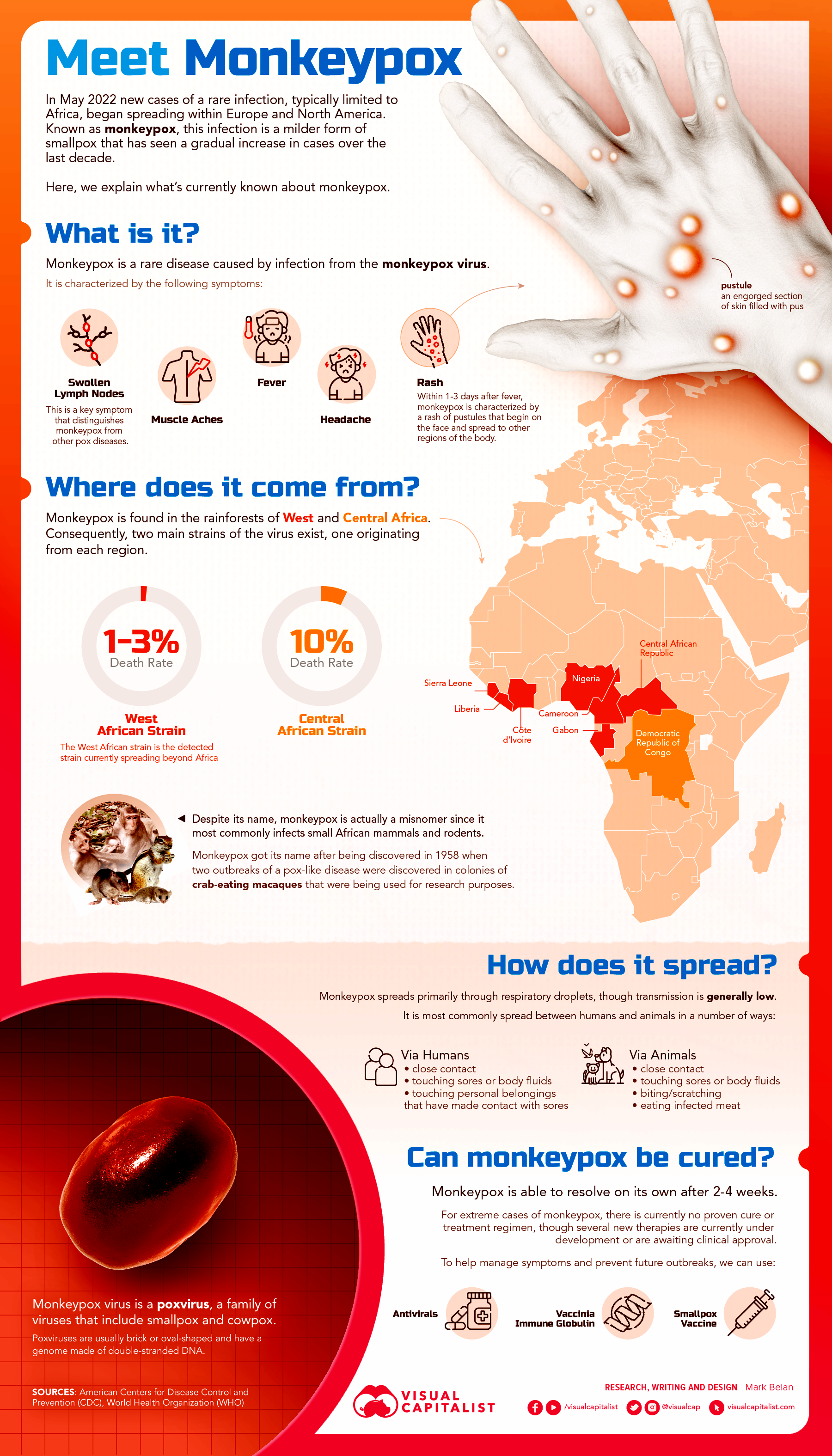 The changing epidemiology of human monkeypox—A potential threat? A systematic review… “The number of human monkeypox cases has been on the rise since the 1970s, with the most dramatic increases occurring in the DRC. There was an overall case fatality rate of 8.7%, with a significant difference between clades (strains) —Central African 10.6% vs. West African 3.6%. Since 2003, import- and travel-related spread outside of Africa has occasionally resulted in outbreaks. Interactions/activities with infected animals or individuals are risk behaviors associated with acquiring monkeypox… The median age at presentation has evolved from young children (4 years old) in the 1970s to young adults (21 years old) in 2010–2019. This may be related to the cessation of smallpox vaccinations, which provided some cross-protection against monkeypox… Increases in the recent two decades may be confounded by the numbers coming out of the DRC, the country with the most reported cases… The possibility for human-to-human transmission is a concern not just among household members, but also among providers of care to diseased individuals.” – National Library of Medicine, Feb. 2022

The WHO decided to hold an emergency meeting today after a single man in Massachusetts was confirmed on May 18 after traveling from Canada. “The virus has been found in an ‘atypical’ spread in several countries as well as in the United States, Canada and Australia.” It’s reported that the first European case was confirmed on May 7 in an individual who returned to the U.K. from Nigeria. Since then, at least 100 cases have been detected in Europe and 12 countries have reported confirmed cases. A rumor identified a potential link to the Pride Festival in Maspalomas, Spain this month due to sexual encounters and subsequent travel. But that is likely to be one super-spreader event among many that could include the heterosexual world.

U.S. monkeypox case reported, as Spain, Portugal report infections in growing outbreak… “It is not yet known if the virus spread from the U.K. to Europe, or the reverse. Nor is it known how long the virus has been spreading in these countries. ‘Clearly, it’s been going on for a few weeks,’ said Van Kerkhove. Most of the cases have been detected in men who are gay, bisexual, or are men who have sex with men, she confirmed, but cautioned against over-focusing on that fact.” – Stat, May 18

Spain monkeypox cases tally reach 30, mostly linked to sauna… “Madrid authorities have been working on tracing the cases mainly from a single outbreak in a sauna, regional health chief Enrique Ruiz Escudero told reporters on Friday. The word sauna is used in Spain to describe establishments popular with gay men looking for sex rather than just a bathhouse.” – Reuters, May 20

The U.S. announced that it has a large enough inventory of the smallpox vaccine to inoculate the entire population but also ordered millions of monkeypox vaccines from Bavarian Nordic (US:OTC $BVNRY). The massive $119 million order of Jynneos jabs can be used to treat both monkeypox and smallpox. Canada is also lining up at the trough to preemptively start jabbing people in Quebec.

Bavarian Nordic shares surge on order for monkeypox vaccine amid Europe outbreaks … “Shares of a Danish pharmaceutical group surged on Thursday after the company received an order for its vaccine to treat monkeypox, a rare disease that has cropped up recently across a handful of European countries.” – MarketWatch, May 19

WHO concerned monkeypox could spread in Europe as people party over summer… “The World Health Organization’s European chief said on Friday he is concerned that the spread of monkeypox could accelerate in the region as people gather for parties and festivals over the summer months. ‘As we enter the summer season in the European region, with mass gatherings, festivals and parties, I am concerned that transmission could accelerate, as the cases currently being detected are among those engaging in sexual activity, and the symptoms are unfamiliar to many,’ WHO regional director for Europe Hans Kluge said in a statement.” – Reuters, May 20

With the above information in mind, one has to wonder why monkeypox was developed into a fine-particle aerosol for an experiment in 2001.

The Pathology of Experimental Aerosolized Monkeypox Virus Infection in Cynomolgus Monkeys… “Cynomolgus monkeys (Macaca fascicularis) were exposed by fine-particle aerosol to lethal doses of monkeypox virus, Zaire strain. Death, attributable to fibrinonecrotic bronchopneumonia, occurred 9 to 17 days postexposure. Lower airway epithelium served as the principal target for primary infection… Although primary monkeypox infection is generally thought to be acquired through direct cutaneous or mucosal exposure to infected animals, the aerosol route of exposure plays a significant role in secondary transmission and is considered to be the usual natural route of transmission for smallpox in humans. Additionally, orthopoxviruses are recognized as potential biological warfare or terrorist threat agents (Breman and Henderson, 1998; Franz et al, 1997). Aerosol doses under such conditions could far exceed those of natural transmission. The epidemiology of monkeypox also appears to be changing, exacerbating the potential for sustained outbreaks among an increasingly susceptible human population.” – Nature.com, Dec. 2001

Always remember to demand informed consent before agreeing to any medical procedure or injecting a drug into your body. Did you know that chimpanzee adenovirus is an ingredient in those mRNA experimental inoculations for COVID? 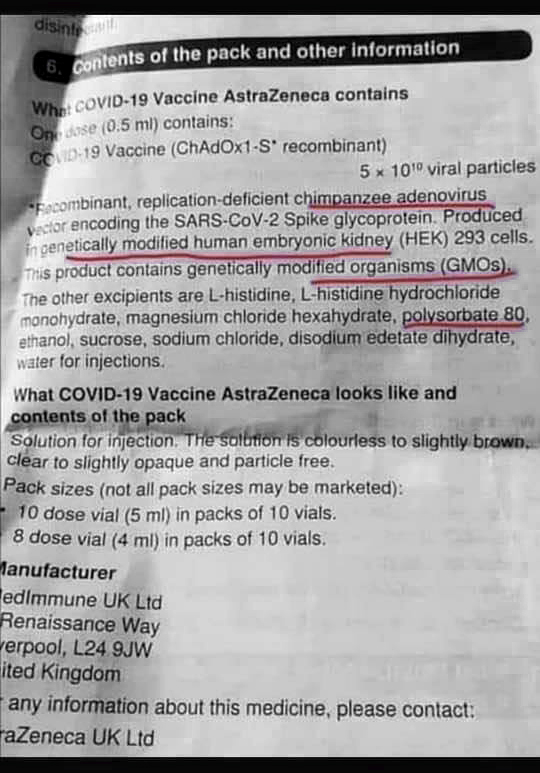 While fear is being stirred up over a new pandemic threat, the WHO is slated to acquire lockdown authority over the entire planet by next Monday. The following screen shot is from the NTI Tabletop Exercise noted earlier and sounds identical to the power grab that will be granted to the WHO. 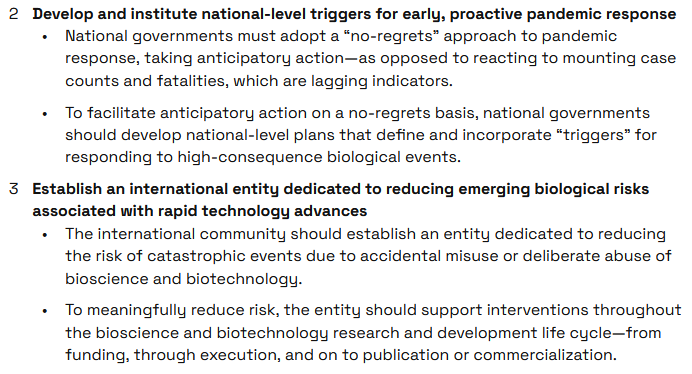 The other coincidence this week is Pfizer’s CEO selling his new “ingestible pill” with a microchip in it that sends a wireless signal to relevant authorities. “Imagine the compliance.” Draw your own conclusions as to what may or may not happen in the near future, but WW3 is not official yet and the powers that be never let a good crisis go to waste. If we don’t stop the globalist psychopaths, our children and grandchildren will live on a prison planet. I think Alex Jones was right a long time ago and “The Naked Emperors’ Great Reset” plans have been accelerated. 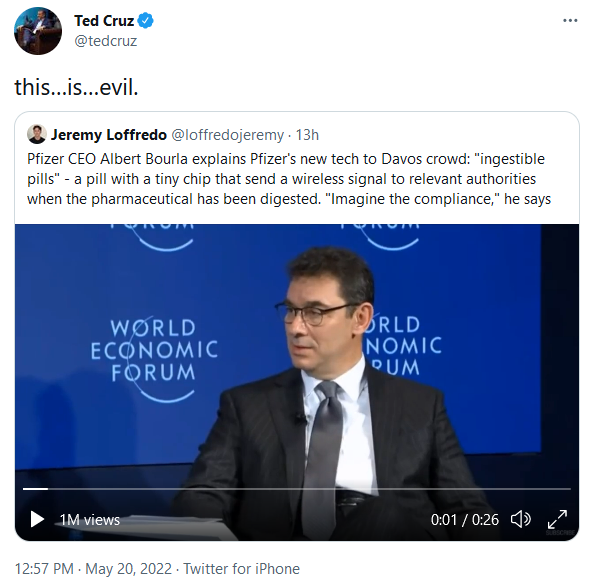 Primer on the WHO, the Treaty, and its Plans for Pandemic Preparedness – The Brownstone Institute 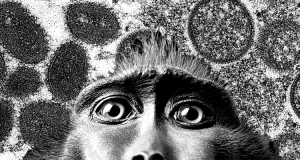