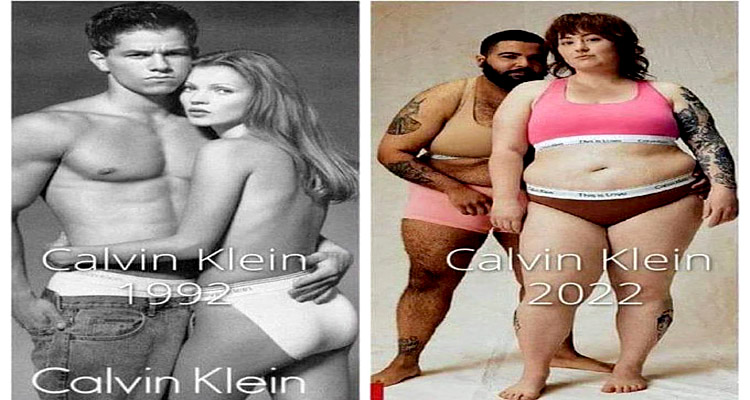 Just over two years ago, I penned “The Emperors’ Great Reset” (Twitter thread) after connecting a few dots while in lockdown mode among fellow plebeians before the nefarious agenda was fully unearthed and rarely headlined by alternative or legacy media sources. It was only three months prior that I typed a note to the Trump clan and warned them that if their dad didn’t grasp and take seriously what was occurring as he mysteriously transformed from an ardent vaccine skeptic into a gung ho “Warp Speed” Trekkie, the election in November 2020 would be lost. Over the last year, books and films on the Great Reset began popping up that dare the woke and awakened to delve into depths of GMO evil not imagined since Hitler left this planet.

My thoughts were shunned at the time in a similar way that many jabbed souls appear to ignore the massive brainwashing campaign to join an experimental gene-modification cult that lost their minds without considering informed consent via the Nuremberg code. It must be painful to question their own mortality in silence as folks die suddenly around them or star athletes collapse while being live-streamed on the idiot box.

The WEF and the Pandemic … “In conclusion, the Davos World Economic Forum has indeed been involved in the strategic management of the coronavirus pandemic, with a major emphasis on using the pandemic as a catalyst for digital transformation and the global introduction of digital identity systems.” – Swiss Policy Research, Oct. 2021

Somehow, I knew deep down inside during the summer of 2020 that the situation was warped Borg-like behavior that’s infiltrated by A.I. and guided by an unseen hand with the unfriendly. I’m certain that friends, family, and social media pedestrians thought I lost my mind by spending too much time alone in lockdown or thinking too much. Perhaps I did, but steering clear of inoculation coercion turned out to be a wise choice in hindsight, even if the nanoscale shedding phenomenon proves to be a “resistance is futile” future for us all (Dr. Paul Cottrell and George Webb consider it). Hope still remains from optimistic pundits that a technocratic dystopia is impossible to implement. Here are my opening thoughts from Part 1:

Several variables that are now factual include Klaus Schwab’s “Global Shapers Community” that includes politicos like Canada’s Justin Trudeau that infiltrate government hierarchies, Klaus’ sidekick Yuval Noah Harari who views humanity as useless eaters or a “useless class” within a transhumanist technocracy, the WEF’s involvement in implementing mRNA technology into nature and humanity, and then there’s Klaus’ recent declaration that the Chinese Communist Party (CCP) is a “role model” for other nations to implement their version of a Skynet panopticon.

“Revolution will lead to fusion of our physical, digital, and biological identity.” – Klaus Schwab

“BREAKING: World Economic Forum announces new mRNA technology they will use to ‘edit and write your genome’ for beneficial purposes while having ‘write level permission’ and giving credit to mRNA COVID vaccines for their mRNA code.” – James Cintolo, RN FN CPT, Jan. 16, 2023

“Klaus Schwab: Bioengineering is the next ‘general purpose technology.’ Like the internet before it, bioengineering has the potential to influence and alter society through political, economic and social structures” – @AntiWEF, Jan. 17, 2023

The WEF’s 2023 Annual Meeting is taking place this week in Davos, Switzerland. It includes a list of participants that will populate its lectures, peruse pop-up storefronts of corporate sycophants like BlackRock’s ESG enforcer Larry Fink, and will dine on high-end cuisine along the hidden roads in that quaint mountain hideaway. They even had the First Lady of Ukraine, Olena Zelensky, provide a pep talk to perpetuate the proxy war between NATO and Russia into WW3. While digesting that soothing lecture that romanticizes war and its motives, I’m sure they’re also excited about Bill Gates’ plan to pump mRNA into their food supply of vegetables, meat, bugs, and booze.

Food, Fuel, and Inflation Crisis All Stem From Globalist Policies… “The global elites left Davos last week after grappling with solutions to the profound crises facing the world. They left as they arrived, unaware that the crises are entirely of their own making. Take energy, where shortages have led to the highest gasoline prices in the U.S. and UK history and to fuel poverty affecting millions of people. If not for the specter of climate change—for decades one of the globalists’ central preoccupations—the world’s energy situation would be radically different.” – Epoch Times, May 2022

There are rumors that Klaus and his globalist friends are under siege and panicking while only half of RSVP’s showed up this year. They might be losing their grip on the 2030 target to transhumanize the human species because eating insects and bathing next to solar panels while dancing with windmills to provide the world’s energy needs is not feasible, and their insane schemes to geoengineer the Earth’s climate is not evolving as planned due to the big ball of fire in the sky. 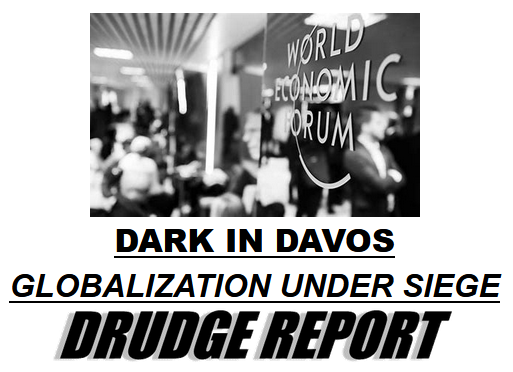 The WEF recently released its Global Risks Report 2023, which notes concerns about the net-zero carbon agenda failing amid a cacophony of doomsday prophecy. The fear vs. savior theme is the only way to initiate a fascist Great Reset when the world never asked for or voted for it, betting that the plebes will believe that the sky is falling and beg for a world government to save them. If the misinformed were told the truth about CO2 and the climate change scam, they would not go along with a ridiculous net-zero agenda that will have you “own nothing and be happy.” 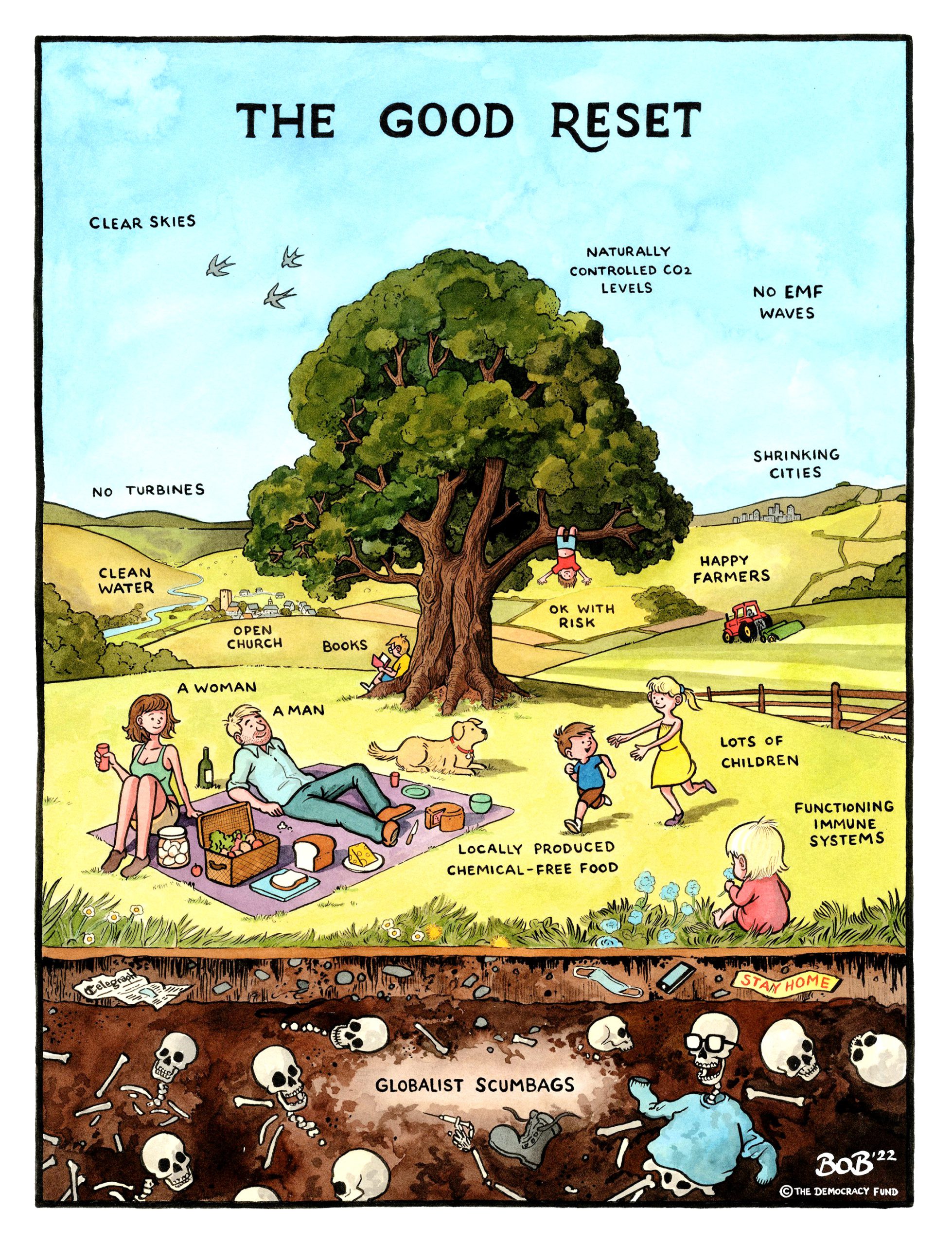 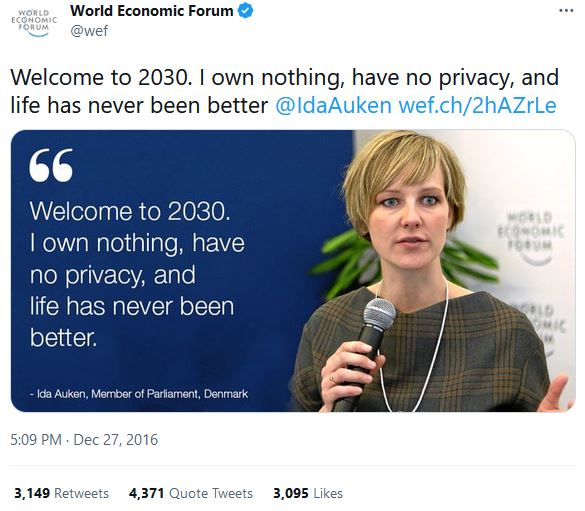 “You Will Own Nothing And Be Happy” Is Just Feudalism 2.0… “The elites hate you. It’s not personal. They just do. Elites hated your ancestors, too. Whether your ancestors were African slaves in the New World (especially in Brazil), or serfs under the British aristocracy, or peasants under the Russian Tsars, or slaves under the Chinese dynasties, elites have extracted time and wealth from your family since before recorded history. Until essentially the end of World War I, elites owned everything.” – Jared Brock, Oct. 2021

You’d Better Watch Out: The Surveillance State Is Making a List, and You’re On It… “You’ll be on this list whether you like it or not. Mass surveillance is the Deep State’s version of a “gift” that keeps on giving…back to the Deep State. Geofencing dragnets. Fusion centers. Smart devices. Behavioral threat assessments. Terror watch lists. Facial recognition. Snitch tip lines. Biometric scanners. Pre-crime. DNA databases. Data mining. Precognitive technology. Contact tracing apps. What these add up to is a world in which, on any given day, the average person is now monitored, surveilled, spied on and tracked in more than 20 different ways by both government and corporate eyes and ears. Big Tech wedded to Big Government has become Big Brother. Every second of every day, the American people are being spied on by a vast network of digital Peeping Toms, electronic eavesdroppers and robotic snoops.” – The Rutherford Institute, Dec. 2022

If you want the latest news on what’s happening in Davos this week, I suggest keeping a tab on Rebel News where they dedicate a webpage to on-the-fly interviews on the street and commentary by journos. I’ll close up shop tonight with a flashback by Russel Brand from last year, and an update to this article with Tucker Carlson’s take on the WEF in Davos this week. 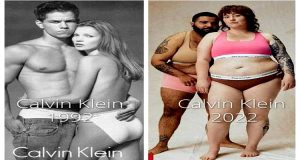