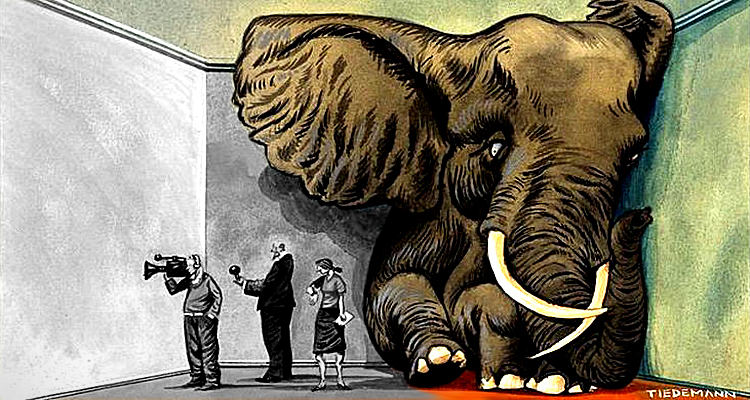 It’s been a few months since my last dispatch on all things pandemic, and squawks from the periphery of U.S. mainstream media are on the verge of forcing D.C. alphabet agencies and its presstitutes to report on the elephant inside their corporate suites that’s growing too large to contain. The significant increase in victims that have succumbed to Sudden Adult Death Syndrome (SADS) and severe disabilities since the mRNA inoculations were rolled out 20 months ago has permeated so many levels of society that legacy media cannot ignore it for much longer. My mom has a proclivity for perusing local obituaries and noticed an extraordinary uptick in the number of pages that her local rag has been dedicating to listings since last summer.

The Sickening Quickening… “Do you still doubt that the federal bureaucracy and the elected government parasitically attached to it seek to harm the people they rule (i.e., us) by any means necessary? They’re still pushing Covid ‘vaccines’ in a futile effort to eliminate the control group of their massive eugenics experiment — that is, the unvaccinated, who are not getting the many vaccine-induced diseases behind the rise of all-causes mortality. But the vaxx scam isn’t working anymore. Too many people have already been hurt, or killed, or seen friends and relatives go down mysteriously and they’re taking a pass on any more shots. Parents have evidently seen enough to not bring their little children in for the life-altering mRNA treatments. The CDC, the FDA, and their cohorts hide their information, lie when pressed, and pretend that they are acting scientifically. But really, at this point, many public health officials must be secretly wondering how they will evade prosecution.” – Howard Kunstler’s Clusterfuck Nation, August, 2022 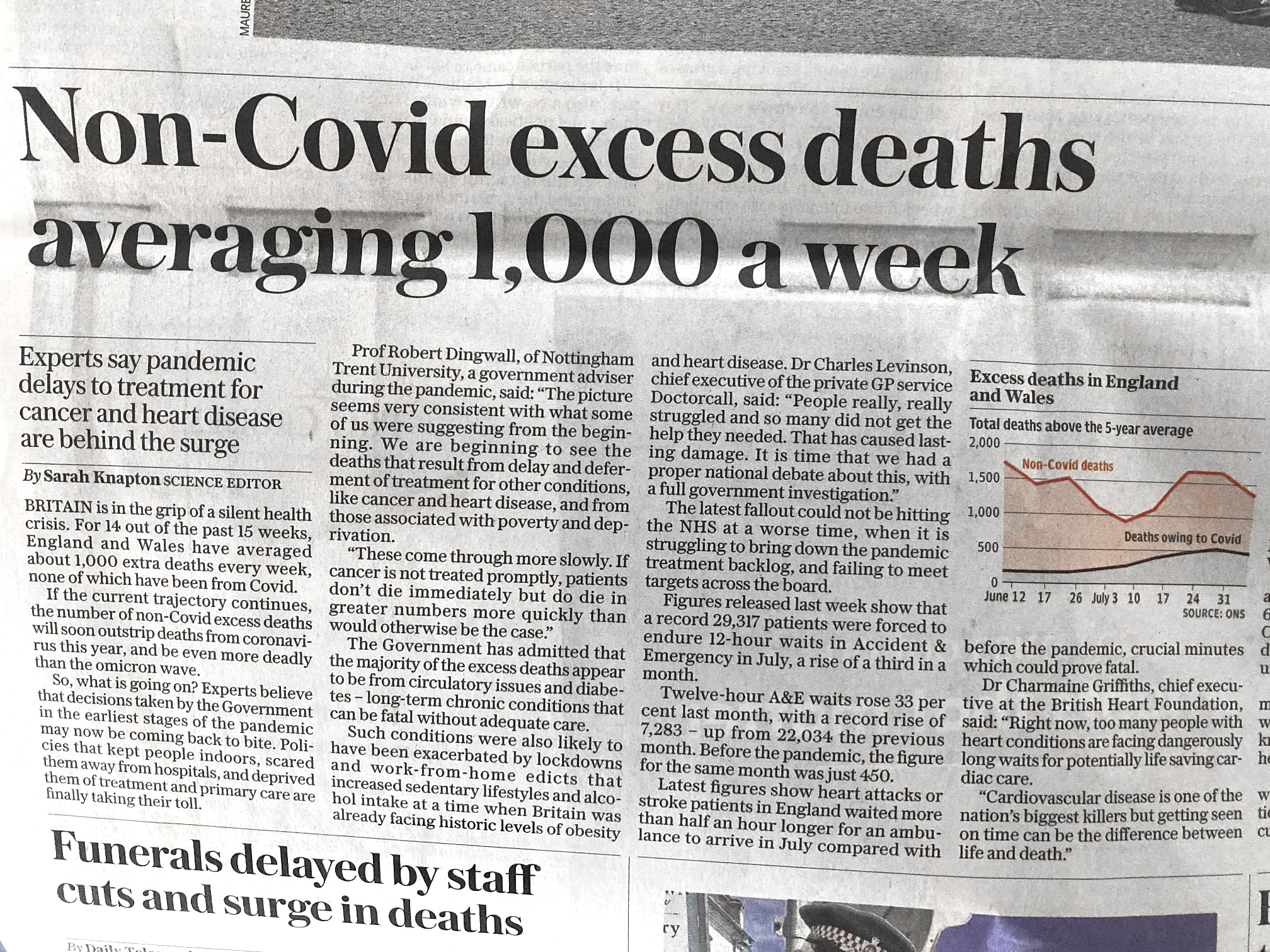 Today, I’m providing a series of video clips and supplementary articles that address the topic at hand. It’s important to recognize the validity of this content and not dismiss information due to any aversion you may have to a specific messenger or media platform. A majority of the videos are sourced from Rumble because it rarely censors material as has become standard practice with YouTube and Google search results.

In January and February of 2022, I published the “Potential Insurance Industry Bust Over Excess Pandemic Deaths” in Part 1 and 2. Here is an excerpt:

“Actuarial data has begun to flow out of additional insurance corporations that confirm the whispers from OneAmerica’s CEO in late Dec. 2021. Hedge funds, large institutions, investment banking alumni, and traders are chatting up a storm behind closed doors about short selling the companies tied to alphabet agencies that oversee U.S. healthcare industries. The financial web of regulatory capture with pharmaceutical giants has been painfully exposed by warp-speed disabilities, disease, and death statistics.” – Feb. 5

Edward Dowd was interviewed last week where he provided fresh insurance industry data from the Society of Actuaries, and confirmed his “democide” thesis that jab mandates and a lack of informed consent are responsible for a 40% increase in indirect COVID excess deaths and disabilities among working-age adults beginning in mid-2021. The actuaries are trending at 20% in 2022. Additional commentary on Dowd’s interview is provided in “Smoking Gun: New Actuarial Report Reaffirms the Trail of Death Caused by Vaccine Mandates” from Vigilant Fox.

The next interview clip is from Warner Mendenhall with whistleblower Brook Jackson and her legal counsel where they discuss the potential for a Pfizer bankruptcy due to a lawsuit that may result in payments to anyone that’s been injected with Pfizer’s mRNA jab. The full version is over an hour in length.

Executive Director of the Vaccine Safety Research Foundation Steve Kirsch appeared on Fox News two weeks ago stating that “this is a thousand times more deadly than the smallpox vaccine and that’s too unsafe for people to use. Hundreds of thousands have been killed and millions injured. You are more likely to be injured or dead from the vaccine than if you were unvaccinated.”

The following video commentary includes Dr. Peter McCullough’s explanation of why athletes of all ages are dying post-vaccination, and One America News reports on professional athletes that mysteriously collapsed on live television due to heart complications such as myocarditis and cardiac arrest. Clots and thrombosis are also indicated in deaths, disabilities, and amputations.

The SADS phenomenon includes TV news reporters, desk anchors, athletes, entertainment personalities, and people from all walks of life that are seemingly healthy and suddenly collapse and/or die on the spot.

The next clip is from AwakenWithJP, a U.S. media personality who put together a slapstick take on the “unknown cause of death” mystery that evades investigative journalism or is falsely attributed to unrelated issues.

The following articles are supplementary and add more color to the current situation.

The Unvaccinated Will Be Vindicated: A 100K Thank You to the Citizen Heroes of Our Time… “Mandates are now becoming a thing of the past, thanks to brave freedom fighters who had the courage to say NO.” – Vigilant Fox, Aug. 16

Lawsuits Coming for Entities That Don’t Change COVID Mandates After CDC Update… ‘“If we see that colleges and universities and public employers are not responding to the new CDC guidance the way that they should be, then we would certainly tee up a new lawsuit,’ says Mark Chenoweth, president and general counsel at the New Civil Liberties Alliance… The response to the updated guidance should be, at a minimum, a lifting of mandates for people who have recovered from COVID-19, he added. Such people have a high level of protection against severe illness and death according to a number of studies. Many studies indicate the protection is higher than the COVID-19 vaccines — including one study funded by the CDC.” – Epoch Times, Aug. 17

Houston, We Have a Problem (Part 1 of 3)… “By the end of 2021 it had become abundantly clear that US citizens were not just dying of Covid-19 to the excess, they were also now dying of something else, and at a rate which was even higher than that of Covid.” – The Ethical Skeptic, Aug. 20

NATURE journal reveals how graphene can be used to assemble radio frequency electronics in biological systems… “As the study explains, graphene was successfully used in experiments to ‘perform practical wireless communication functions, receiving and restoring digital text transmitted on a 4.3-GHz carrier signal.’ Covid jabs clots aren’t made from blood – they appear more like a self-assembled matrix of conductive structures.” – Natural News, Aug. 21 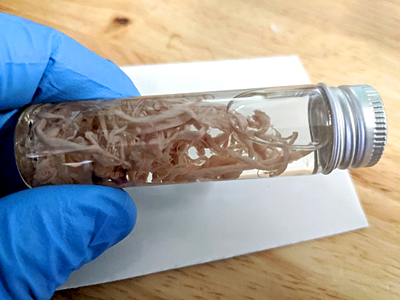 Let’s close shop tonight on a political note. Since the summer of 2020, I’ve called out former president Trump for his sudden shift to vaccine promotion vs. an ardent skeptic before the pandemic. After it became obvious in 2021 that COVID mRNA inoculations were a killer, I called him out for continually encouraging folks to inject his self-proclaimed “Trumpcine.” Times have certainly changed, and he must admit to its failure, the nefarious origins, and save face for himself and the country before the mid-term elections.

Ron DeSantis Goes Off on ‘Lies About mRNA Shots’ – Aug. 20 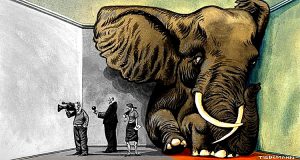