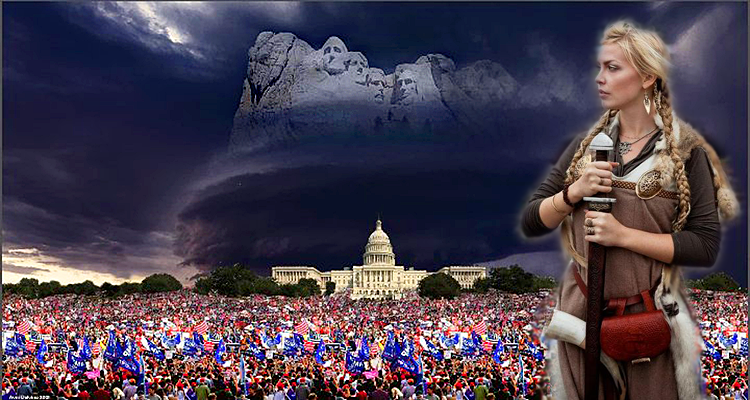 My gut wrenched in disgust on Wednesday as the tiny hairs on the back of my neck stood tall in witness to the digital storm-scape that unfolded in real-time from Capitol Hill. There is zero chance that what I put to ink here today will alter or enhance your view of the world if you are already savvy at untying the twisted knots that the multimedia complex jams into your gut via fiber-optics without objection for subjection. Despite the overwhelming odds of ridicule and desertion I’ve experienced lately with friendships that spanned decades, I will exercise the inalienable right to express my mind from an evidentiary position with discernment.

The U.S. founding fathers must be rolling over in their graves to a brand of “insurrection” music that is being repeatedly played across the mainstream spectrum. The band is filled with agent provocateurs that have played the instruments in tune to a portion of the citizenry that suffers from Stockholm syndrome with a dash of willful blindness. Let’s start with one video clip via CSPAN taken from the early morning hours of Jan. 7, when Congress reconvened to finalize the Electoral College vote after Capitol Hill was secured.

The following are the actual words from the POTUS during the “Save America March” vs. echoes of Joseph Goebbels propaganda that is living vicariously through incestuous racketeering by media conglomerates, irresponsible journalism, pockets of corrupt judiciaries that refuse to examine evidence, a 1984-style tyranny on your doorstep, and political hypocrites that bow to the unveiling of a global governance landscape with assistance from a feckless-establishment Manchurian candidate who recklessly categorized political opponents as Nazis.

“We have come to demand that Congress do the right thing and only count the electors who have been lawfully slated. I know that everyone here will soon be marching over to the Capitol building to peacefully and patriotically make your voices heard. Today we will see whether republicans stand strong for integrity of our elections and whether or not they stand strong for our country.” – POTUS, Jan. 6, 2021

“The most dangerous man to any government is the man who is able to think things out… without regard to the prevailing superstitions and taboos. Almost inevitably he comes to the conclusion that the government he lives under is dishonest, insane, intolerable.” – Henry Louis Mencken, Friends of the Mencken House

Evidence of agent provocateurs that infiltrated the march’s frontline on Capitol Hill and stealthily recorded and encouraged individuals onward through security’s invitation is available for all to see from numerous sources. The POTUS immediately put out a video statement that called for peace and asked march participants on Capitol Hill to go home. Social and mainstream media began to summarily dispose of any available truth that was not deemed appropriate by technocracy for reading or replay before the rush to judgment manifested over the tragic events that transpired.

Does anyone remember when Antifa and BLM attacked police officers, rioted outside federal buildings for weeks, burned city blocks to the ground, and terrorized innocent citizens and neighborhoods as the Speaker of the House labeled law enforcement officers “Stormtroopers” and pundits and politicos endorsed the carnage? When the left hears words like “fighting” emanating from the right side of the aisle, it is usually taken out of context and broadcast as violent intent because they are misguided or purposely misinterpret the language and publicize it without recourse. 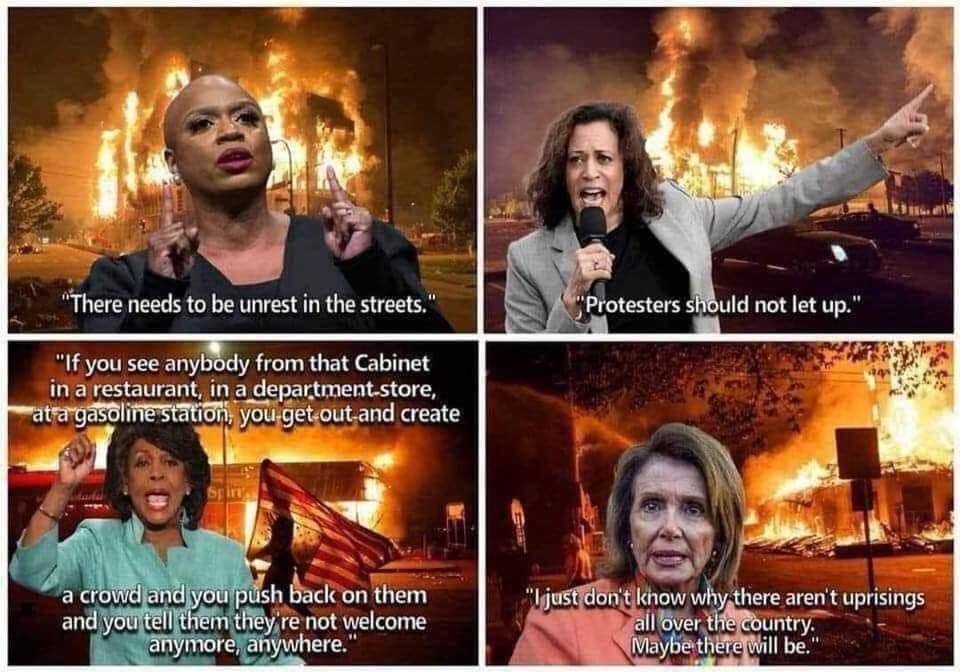 Mainstream media typically portrays supporters of the POTUS as idolators, but that is the furthest from the truth you could possibly be. What they actually do is embrace the principles he believes in and value his word for having fulfilled campaign promises, and then some. There are at least 75 million of them as of the latest 2020 election vote count. Its majority were mentally beaten down, and in some instances, individuals were physically harmed, murdered, or their private property and businesses were destroyed or looted by the extreme left.

The abuse of “Trumpers” was marginalized or outright ignored by the mainstream media, which only enforced their fear of sharing any political point of view outside of like-minded folks. That lasted until the anarchists began rampaging through urban residential streets and suburbs where their own supporters lived. It suddenly became fashionable to draw a weapon or speak out on your lawn against what was taking place. “Not in my neighborhood” is a universal sentiment when protecting your life and assets.

Fog and Noise… “Is there a game on?  Consider: What you’re seeing may not be what you think you’re seeing.” – James Howard Kunstler, Jan. 8

Ever since Donald Trump traveled down that escalator in NYC and announced his campaign for the presidency, conservatives, independents, and libertarians alike have been portrayed as the dregs of society. They are labeled with things like white trash, deplorables, racists, Nazis, and every name from the filthy pages of bigotry you can imagine. They are also censored, fired from employment, cancel-cultured, doxed, and ruthlessly shamed in public for their political point of view.

May I remind everyone that conservative values are not extreme unless small government, low taxes, a nuclear family, the first and second amendment, liberty, freedom, faith, justice, and the belief that America is the greatest country in the world despite its misgivings are values and qualities you hate. They are also kind and generous people that have been subjected to an abusive relationship by nearly every major institution in their country for many years. 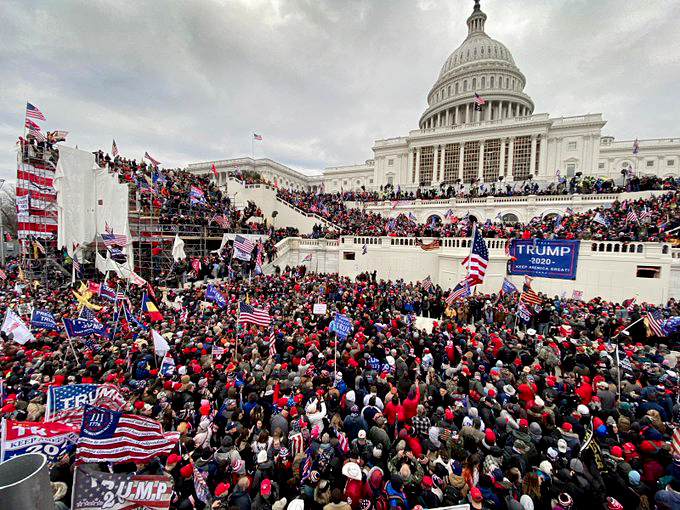 Do you think it is bad now or that so-called deplorables deserve everything they get for holding firm to their core values? Just wait until post-Jan. 20 if the socialist agenda (DSA) brewing on Capitol Hill manifests into full-blown doctoral policy.

“Those who would give up essential Liberty, to purchase a little temporary Safety, deserve neither Liberty nor Safety.” – Benjamin Franklin

Tyrannical regimes have a history of eliminating all opposition with incarceration, reeducation camps, or death to even those that once supported their cause. Those of you that understand history know what is potentially coming. Stalin censored free speech, as did Mao and Hitler. The digital book burning is already underway. Gun registry and confiscation is on the table. That is what dictators and communist revolutionaries do.

History demonstrates that when there is a lot of conflict, it is easy to slide from an orderly society into disorderly anarchy and then autocracy. In the 1930s, Germany, Italy, Japan, and Spain traveled down that path. Former U.N. Ambassador Nikki Haley reacted to the permanent suspension of the POTUS’ personal Twitter account, describing it as an instance of “silencing” of the kind that happens in China. 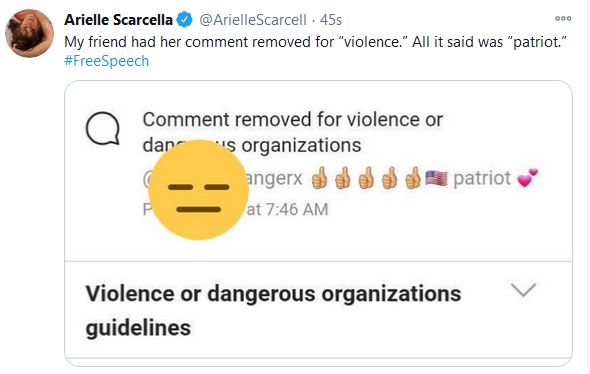 In case you missed them, consider reading my recent article “A Revolution is Afoot and Masquerading as Civil War,” published on Oct. 31, and “The Naked Emperors’ Great Reset,” published on Nov. 18. I cannot stress enough how important it is to get a handle on what is taking place and to prepare financially, mentally, and spiritually. 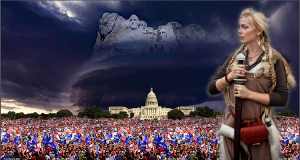