Trump to Win Second Term According to “The Secret”

Back when author Rhonda Byrne released her self-help book, “The Secret” in 2006, her work experienced both praise and skepticism. On the surface, the concept of hidden knowledge unlocking your true potential appeals to virtually everyone. At the same time, it sounds too good to be true. Strangely, though, President Donald Trump just might confirm one of the book’s principle messages.

Before we get there, though, let’s back up a bit. Although “The Secret” is somewhat controversial, I believe its underlying themes have validity. To give you the Cliff’s Notes version, the book discusses at length the law of attraction. Essentially, you attract the life you live and the people around you with your thought patterns.

If, for instance, you’re constantly complaining about your job, guess what? It won’t get any better. Indeed, your work environment may worsen. Or, if you’re constantly worried about something bad happening to you, that very thing might occur.

Admittedly, the evidence to support this notion is largely anecdotal. However, I believe some scientific merit exists. For example, stress is a major hidden killer in our society. Mental and emotional pressures often manifest themselves in physical symptoms. Therefore, the less stress you experience, the more pleasant and fulfilling your life.

And how do you achieve a stress-free life? According to Byrne, by not focusing your thoughts on what irks you but rather, what pleases you. Now, you can see where I’m going with this regarding President Trump and the 2020 election season.

Trump Feeds Off All Energy

When I watch the current Democratic field, I’m seeing nothing but a reality TV show. Of course, this is incredibly ironic with Trump being an actual one prior to becoming President. But that just shows you how much he dominates the entire discourse.

Trump owns the Democrats’ thoughts and emotions, which eventually translates to their behavior.

Rather than mitigating this situation and correcting course, though, the Democrats have doubled down. Again, this is a tactic that Trump deployed expertly in the 2016 race. What Americans need more than ever is someone who understands the issues. Unfortunately, the Democrats have so lost the plot that they’re doing exactly what killed them four years earlier: calling Trump racist and every name in the book.

But just like 2016, this unoriginal tactic won’t work. Like Byrne mentions, the law of attraction works both ways: you attract both positive and negative emotions. I’ll give the liberals that Trump is like an “emotions” vampire. That’s exactly why they can’t give him what he craves: attention. 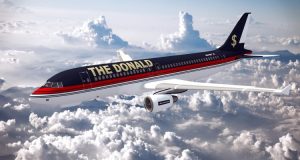