Why I Don’t Trust Big Pharma

In my years analyzing the financial markets, I have come to the conclusion that only one sector lacks rational sense: healthcare, or more specifically, the pharmaceutical industry. In other sectors, investors have a good nose for detecting bullish and bearish cycles. Identifiable trends appear on the price charts, as do support and resistance levels.

Such trends might appear on Big Pharma stocks, at least for a time being. But as soon as an earnings report discloses disappointing results in a clinical trial, shares can fall quickly and sharply. Of course, the flipside is also true should clinical trials positively surprise. But this leaves Big Pharma stocks open to mass insider trading scandals, as scientists and researchers have critical data well in advance of the general public.

It’s remarkably easy for Wall Street powerbrokers to buy critical information before it hits a conference call. Furthermore, publicly-traded Big Pharma firms have a direct correlation with how their stocks move relative to the performance of clinical trials. In other industries, insider trading might have dubious benefits. In healthcare, it’s rather simple: a positive trial leads to higher share prices, and negative trials the opposite direction.

Going along with this corruption is the fact that Big Pharma doesn’t actually cure any diseases; rather, the albatross merely manages them. And no wonder — pharmaceuticals are all about artificially concocting bizarre compounds that may or may not alleviate targeted symptoms. Often times, the side-effects of Big Pharma medication are worse than not doing anything at all.

The healthcare industry’s efficacy — or really, the lack thereof — draws to attention medical marijuana and the broader issue of marijuana legalization. Big Pharma, and the majority of conservative society, are aggressively opposed to “green initiatives.” This dynamic is certainly understandable. From early childhood, we’ve been indoctrinated to “just say no.” 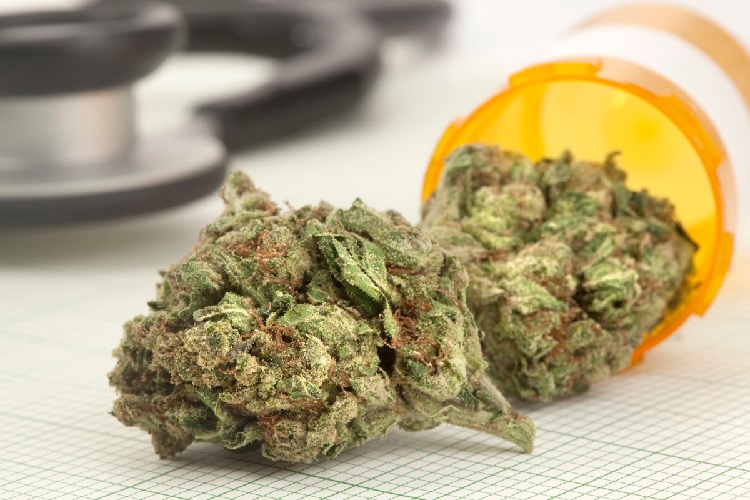 But when it comes to medical marijuana and the ongoing battle for full legalization, one can’t help to inquire if deeper, underlying issues exist. Economically, marijuana is freely available to the world: only moderate botanical skills are required. The most onerous challenge is the legalization battle.

Most importantly, medical marijuana is all natural. That losers and drunkards in society use marijuana for dubious purposes shouldn’t detract from the truth that the cannabis plant contains numerous medicinal benefits. Using this logic, lettuce and tomatoes should be considered “junk food” because they’re often key ingredients in hamburgers.

But the critical reason why Big Pharma suppresses marijuana legalization is control. Again, marijuana can be grown virtually anywhere. Big Pharma medication, on the other hand, are specialized products commanding ridiculously high prices. In other words, the lab-coats are the market makers in a sick game of “human-resource management.”

Few would give up this kind of control, and its subsequent cash flow. Furthermore, the hegemony extends far beyond the economic realm. Big Pharma also commands the collective consciousness.

It amazes me that so many people will strike down medical marijuana legalization, citing ethical and health concerns. Yet these very same anti-cannabis zealots will veritably beg for Big Pharma medications. Who knows what’s really in these drugs? As long as a “doctor” writes the prescription, all potential qualms go out the window.

In my view, it really should be the opposite. If I was in need of medical care, I would want to expend ALL natural options before resorting to strange pharmaceutical concoctions. Marijuana has existed since the beginning of time. Big Pharma just showed up in the past few decades.

Which one do you trust?