Undoubtedly, sharply hit cryptocurrency investors are enjoying the present bitcoin rally. After dropping to dangerous technical levels, several analysts assumed the worst. Frankly, who is to blame them? For run-of-the-mill assets, if they endured what virtual currencies endured, we’d be reading the equivalent of a market obituary.

Thankfully, crypto trading has its own set of rules unique to traditional investments. For starters, virtual currencies operate 24/7, 365 days a year. Anyone with access to the internet can participate in these markets. Second, there are typically no protective devices to give investors a “cooling off” period in times of panic – virtual currencies are as free market as you can get.

With that being the case, you’d expect some logical correlations in crypto trading dynamics. For instance, higher volume or participation in virtual currencies equates to stronger demand, which should generate higher valuations. On the flip side, lower participation should generally result in lower price points.

However, with bitcoin’s recent swing north, we’re not experiencing standard trading behavior. For instance, on April 12th, bitcoin benefitted from a 13.2% move from a day prior. This was the single biggest day-over-day profit for the cryptocurrency. The average gain on up days this year is a rather pedestrian 4.2%. 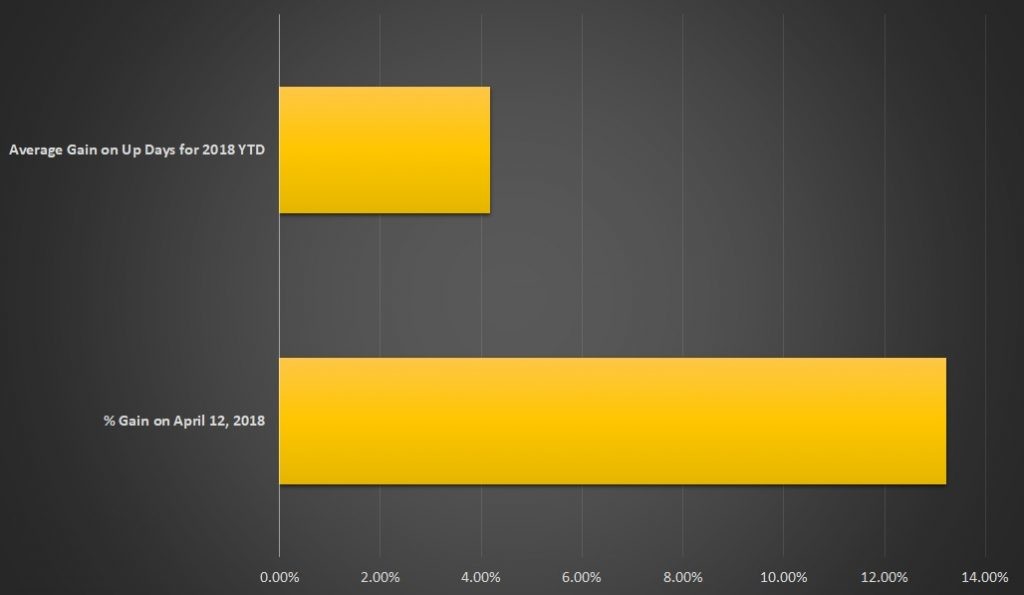 With such a powerful move a few days ago, the assumption is that volume has also surged. After all, this is no ordinary spike up – this is the biggest bullish swing we’ve had for the year so far! Yet surprisingly, volume is rather muted: 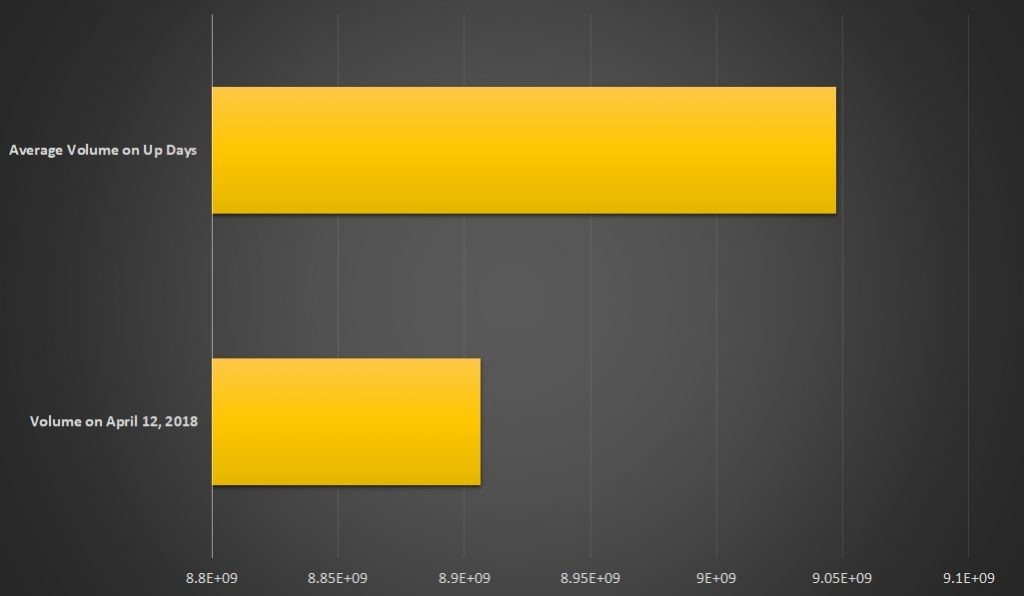 On April 12th, bitcoin saw a transaction volume worth $8.9 billion; not bad, until you consider that the average volume on up days is valued at a little over $9 billion. To put this crypto trading dynamic in perspective, the biggest single-day move was accompanied by sub-average volume!

That just doesn’t make much sense.

This is why I’m suspicious about this current rally in bitcoin and virtual currencies. Do I want to believe that this time, it’s different? Of course I do! However, I’ve seen many head-fakes, both in the cryptocurrency sphere as well as in the traditional markets. While the bullishness could be legitimate, don’t be surprised if it’s not.

Ultimately, we have to remember that with bitcoin becoming a hot commodity in the mainstream, crypto trading is going to be a lot more difficult to gauge. Unfortunately, that means we’ll have to be prepared for more shenanigans than we’re normally accustomed to.