Despite Upbeat Facebook Earnings, FB is a Death Culture

Earnings season is in full swing, and earlier today, we just saw one of the most anticipated reports — Facebook Inc‘s (NASDAQ:FB) first quarter results for the fiscal year 2017. FB shares have been surging ahead of Wednesday’s report, just recently hitting an all-time record for the social media giant.

All of this is fine and dandy. But it still doesn’t take away from the fact that Facebook is funneling social media into a culture of death. First, members of the organization have been caught red-handed imposing political bias in censoring their members’ speech. While that hasn’t yet impacted Facebook earnings, censorship does not bode well with a vast number of people.

But more disturbing is Facebook Live, and it’s continued propagation. Although it was initially designed as a channel for users to engage with their followers in more meaningful ways, it has instead inspired all manners of vile debauchery, particularly from foreign extremists.

The social media network acknowledges the problem, announcing during the Facebook earnings conference that they are “adding 3,000 workers to its payroll in order to monitor the videos that are uploaded at all times in order to ensure its viewers don’t have to watch inappropriate or violent videos that may be scarring,” according to InvestorPlace.

The employment of 3,000 people means absolutely nothing when you consider the entire global community that Facebook Live is attempting to entrench. After all, the murder of an innocent infant girl was broadcast live in Thailand. That few amount of people won’t get your mail delivered, let alone monitor real-time content internationally. 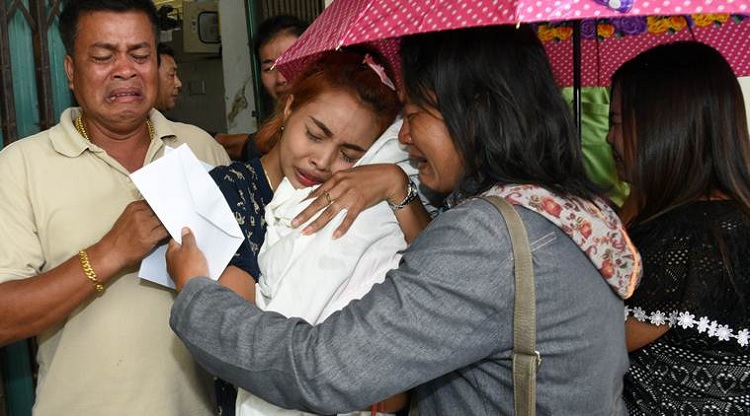 Anyone who has eyes to see and ears to hear will recognize what Facebook is doing — promoting a genocidal death culture. They are desperately eager to censor conservative speech, and shut down any topics that invoke race, religion, or differences among people. Yet when it comes to broadcasting murders and rapes, Zuckerberg and company merely shrug their shoulders and hide behind ambiguous internet jurisdiction laws.

This is particularly why I personally despise the extreme left. Facebook COO Sheryl Sandberg should be outraged at the broadcasted sexual assaults that are channeled through her company’s prime asset. With the same passion and vigor that they stop conservative speech, they should also curb Facebook Live.

After all, Sandberg has traveled to Japan multiple times, urging the Japanese government to allow more women to move into executive positions. That’s noble. However, why is Sandberg turning a blind eye to backwards, Third World nations who wrap their women in garbage bags and treat them like cockroaches? Why does she, via her liberal employer Facebook, allow these backwards, extremist “refugees” to come into civilized countries so that they can rape the very women she is purporting to help?