Thousands of large and small retail operations are shutting down across the United States. Whether it is strip malls, mega malls, specialty outlets, or the hodgepodge of commercial storefronts strung along street-level real estate in cities and suburbia, the trend has been years in the making. The traditional department store model such as Sears, JCPenney, Kmart, Macy’s, etc., big box stores like Lowe’s, Sam’s Club, and Toys R’ Us, and specialty chains like Abercrombie & Fitch, Brookstone, Gap, Mattress Firm, Nine West, The Limited, Victoria’s Secret, etc. are bankrupt or shutting down stores by the thousands. In some instances, they are exiting select brick-and-mortar operations with a shift to an e-commerce model.

A List Of 57 Bankruptcies In The Retail Apocalypse And Why They Failed – CBInsights, Oct. 2018

U.S. stores per capita far outnumber that of any other country, with visits to shopping malls in decline for years, along with a rise in e-commerce and a shift in how consumers spend their money (if they have any to spend without a credit card, and that is a hint). Consumers are spending a larger share of disposable income on restaurants and technology, while splurging less on apparel and accessories. According to research by Cushman & Wakefield, foot traffic in malls declined by 50% in some locations between 2010 and 2013 alone.

When you have an anchor department store such as Macy’s or Sears shut their doors, it often triggers a death spiral of falling foot traffic and sales throughout the commercial space, in turn triggering co-tenancy clauses that allow the termination or renegotiation of leases until another retailer occupies the anchor space. The cycle feeds upon itself with fewer stores, a drop in consumers, lower profits, falling rent roles, and fewer department stores available to fill an anchor space, leading to ghost malls and the apocalypse phenomenon. Gyms, movie theaters, emergency medical offices, or co-working office space ideas as the solutions to ghost malls do not appear to be filling the geographic wasteland of impractical commercial space.

Since online shopping as of 3Q18 is estimated to be only 10% of total retail sales, the head-scratcher is why we have a decline in brick-and-mortar across the board. I doubt it’s because folks are instead opting for a weekly Applebee’s fix, fulfillment of their cult requirements at the local Apple store, or wandering around naked without a need for clothing and accessories (most folks prefer immediate gratification of trying it on and taking it home). Wait for it… DEBT!  Corporate retail gorged on debt and expansion with all the cheap money pumped into the financial system since 2008, which is now coming home to roost along with higher interest rates and tighter lending policies.

America’s ‘Retail Apocalypse’ Is Really Just Beginning… “The root cause is that many of these long-standing chains are overloaded with debt.” – Bloomberg, Nov. 2017

These haunting photos of the retail apocalypse reveal a new normal in America as Sears reportedly prepares for bankruptcy – Business Insider, Oct. 2018

Sick Stores: These Are the Chains That Are Dying Off Fastest… “Sears is bankrupt, Toys R Us is gone in what’s shaping up as the roughest year yet for retailers.” – Moneywise, Nov. 2018

Gap Considers Closing Hundreds of Stores ‘With Urgency’… “Black Friday 2018 could be the last one for hundreds of Gap stores at malls around the country.” – Fortune, Nov. 2018

That brings us to the latest and greatest idea for filling up vacant or nearly empty malls, as well as other viable commercial spaces that require tenancy and foot traffic. Whispers of shoving more people into less space come to mind.

These Photos Of Tiny, Futuristic Japanese Apartments Show How Micro Micro-Apartments Can Be… “Micro-apartments have been experiencing a renaissance of late. They represent a seemingly straightforward antidote to persistent affordable housing shortages in dense growing cities: If the rent-per-square-foot is too damn high, why not lower the number of square feet? In New York City’s headline-grabbing example, apartments from 250 to 370 square feet are being built in the first multi-unit building in Manhattan to use modular construction…. A glimpse into the future of housing in our city.” – Fast Company, Sep. 2013 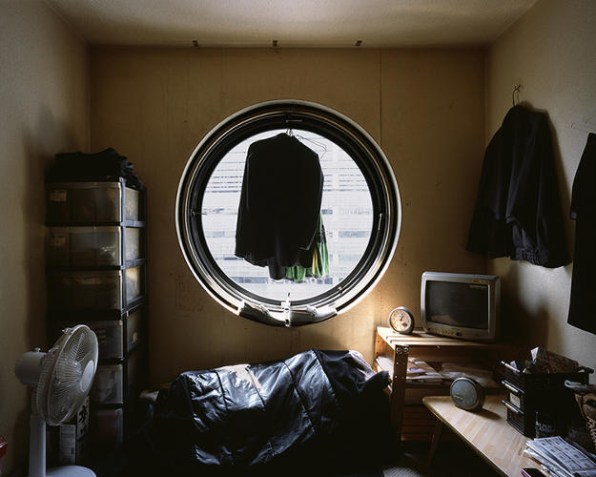 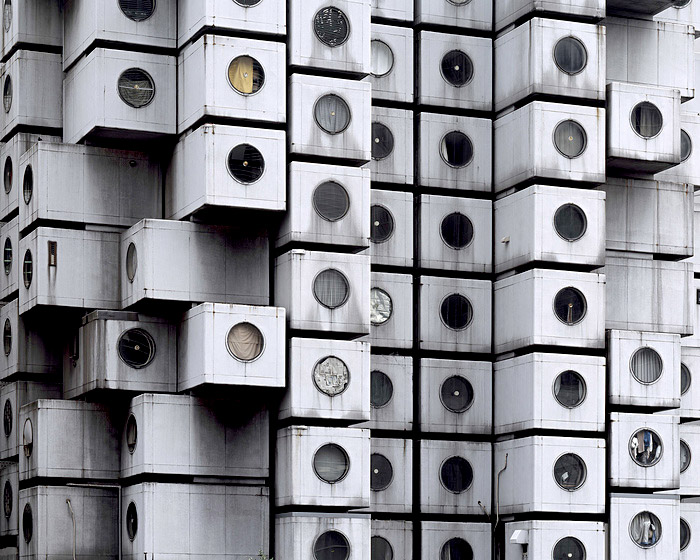 The following 242-square-foot home is selling for a cool half-million in the West Village of Manhattan, and it coined a new housing meme, “wee cottages,” lol… 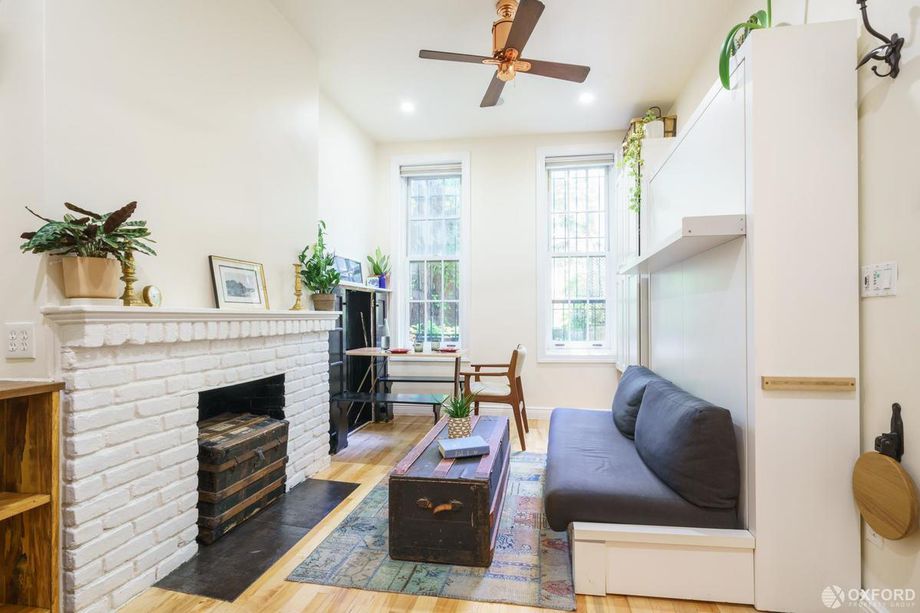 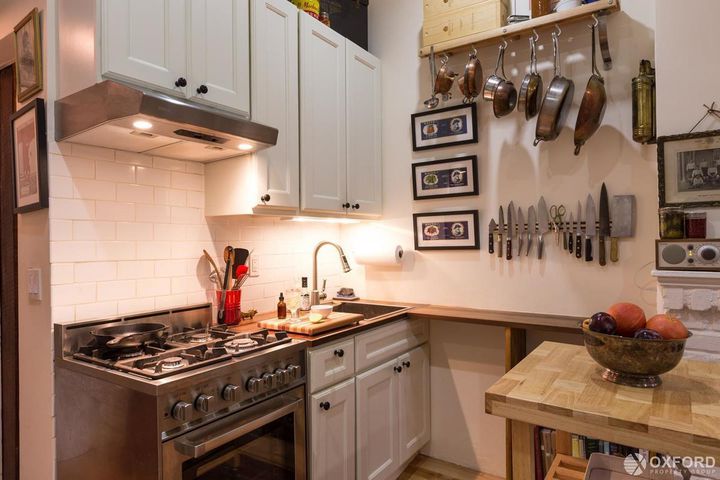 The reality is that most folks in the younger generation cannot afford to buy their own homes due to massive debt burdens, lack of savings, and the affordability issue in a bubblicious housing market that outshines the previous bubble.

Bubblicious Housing – Having the Brains to Walk When It’s Time to Walk Part 2 – TraderStef, Nov. 2018

The Student Loan Debt Implosion Vs. Attending College on the Cheap… “A large portion of the total student loan debt outstanding is unlikely to ever be repaid, as almost 25% are already in a state of delinquency or default. According to a new survey by NeighborWorks America, folks with student loans to pay off are putting off the purchase of a home and worry about it all the time. Student loan debt ballooned 130% since 2008, and millennials are taking the biggest hit. With the U.S. population teetering on the edge of a consumer debt cliff and the inability to afford the purchase of a home, car, or launch small businesses and the level of savings or emergency funds in the toilet, it is fanciful to believe we are not headed for another crisis that will eclipse the Great Financial Crisis.” – TraderStef, Sep. 2018

A company by the name of Vivahouse in the U.K. has come up with a novel solution to fill up empty malls and viable commercial space with… prefabricated shoeboxes with a bed and shared kitchen and bath.

‘Co-living’ in an abandoned mall? This startup is making it happen… “In the race to capture the booming millennial nomad market, we’ve seen all sorts of novel housing ideas, from prefabricated pay-as-you-go units that plop down in cities to high-design social clubs that function like long-stay hotels. Now British co-living platform Vivahouse is angling for a piece of the action… Started by one of WeWork’s early employees, the company says its mission is to create affordable housing stock by building modular prefab rooms that can be rapidly installed inside another building.” – Curbed, Nov. 2018 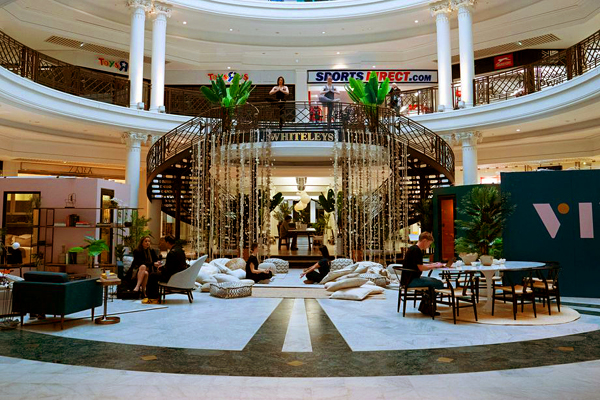 I can see where this is a realistic solution for semi-permanent living out of a suitcase, but issues such as transportation arise when you consider commercial spaces that are outliers from major metropolitan geography and infrastructure. Even when viable, cleanliness, privacy, transients, and safety come to mind, to name a few. Incorporated into an apartment building setting would be an attractive alternative for a niche market.  However, what we have here is a cross between a hostel, motel, hotel, bathhouse, soup kitchen, and a bed in a shoebox with no commitment in a public arena. If anything, it is a go for the employed vagabond that requires an affordable flop without a contract in the center of a large metropolitan city for a few days or weeks.

If this is the future of “affordable housing” in the minds of its founders or designed as a warm-up for communal living in someone’s technocratic socialist utopia dream of the future, all I can say is good luck with that. Not only are your currency and consumer products experiencing shrinkflation, but your privacy and personal space are about to be reduced to a shoebox within a public space that you will pay for.