Why We Desperately Need Immigration Reform

With the ongoing government shutdown claiming yet another day, the focus has shifted from politics to a guttural reality. Unless Washington can figure out a solution, the United States faces a grave and tragically unnecessary economic disaster. However, this urgency hides an ugly truth: we desperately need immigration reform.

And by immigration reform, I’m not just referring to illegal immigration. That we must combat those who intrude into our nation uninvited is a given. I know no homeowner who would allow burglars into their property without at least calling the police. Therefore, we should not be surprised that our government has the right to exercise this very same protection.

No, the real issue is much thornier. Currently, the educational industrial complex and society at large emphasizes that we are a nation of immigrants. Further, we segue into another oft-repeated mantra: diversity is our strength.

But what many folks don’t realize is that diversity is not a moral term. It is neither good nor bad. Instead, it merely describes an event or dynamic. In this case, only productive diversity is our strength.

After all, what good is diversity if we simply fill our demographics with desperately unqualified workers? How many people do we really need to pick up the trash or clean the sidewalk? Without immigration reform, these and many other questions go unanswered.

Last year, the migrant caravan and the subsequent clash between so-called refugees and U.S. Border Patrol came to a violent head. Witnessing the turmoil, the liberal media implored why the migrants couldn’t enter our country.

We can go into multiple explanations, such as the disastrous importation of criminality and corruption. But we also have a far less controversial reason: we simply have no jobs available for Third World immigrants.

For instance, the migrant caravan mostly hails from Honduras. Perhaps shockingly to many, the Honduran average IQ is 81 points. To add context, this is two points lower than war-torn Syria.

While leftists argue that IQ is an antiquated metric, they ignore glaring facts. Based on numerous studies, a strong correlation exists between intelligence and job categories. Workers in intellectually-demanding functions, such as surgeon, have incredibly high IQs. Those in less-demanding work have low IQ. 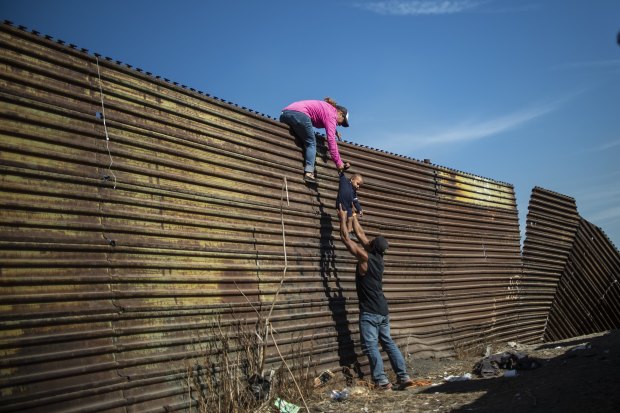 What’s startling, though, is that the lowest work category that we have — cashier and dishwasher — must possess some intelligence. Workers in these two categories on average have an IQ of 87.7 points.

Though I understand the controversial implications, the numbers don’t lie: the average Honduran migrant does not have the skills or capacity to become anything more than a menial worker.

Even more problematic, the U.S. is rapidly moving towards an information and technology-based economy. We simply have no need for a glut of cashiers and dishwashers. In fact, we’ve already seen how automated kiosks have replaced the former category.

This doesn’t excuse Washington for the government shutdown. We need a resolution yesterday. But amid the rancor, let’s not forget that immigration reform is also a top priority.