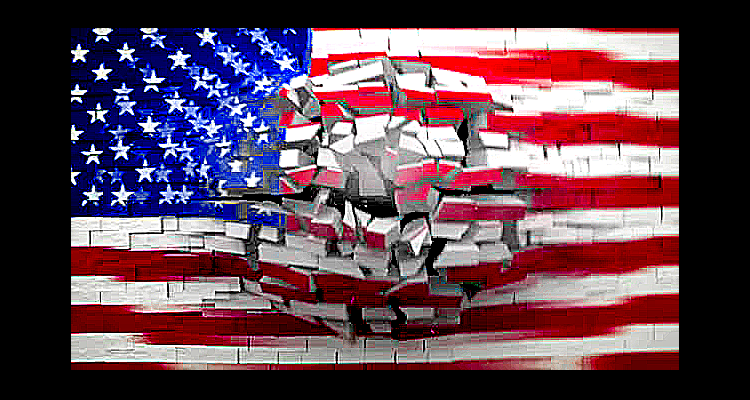 When the United States was recovering from the Great Financial Crisis caused by a derivatives timebomb, the transfer of political power from conservatives to the liberal-progressive left embedded itself in Washington, D.C. with the Obama administration. During that time, numerous states and a handful of counties explored options to secede and create a new state or become part of an adjoining state. That sentiment grew out of frustration over the socialist legislation agenda that included Obamacare, taxation without representation, and legislative dominance by large voting blocs in liberal metropolitan areas that did not represent the principles and values of outlying counties.

Recession, depression, secession… “It appears Texas is about to join states such as Oklahoma, Indiana, and South Dakota in the 10th Amendment craze that is sweeping the nation. These states and others are introducing, and in some cases now passing, Resolutions of Sovereignty. The 10th Amendment to the Constitution is quite simple, and declares: The powers not delegated to the United States by the Constitution, nor prohibited by it to the States, are reserved to the States respectively, or to the people. In populist terms, these declarations are currently expressions of public disgust at Washington’s behavior in the wake of the financial crisis. While this may seem quaint, these declarations are legal platforms for future secession from the Union.” – Financial Times, Apr. 2009

A similar situation is afoot today as the U.S. struggles through machinations of a global pandemic and the contentious transfer of power from Trump’s conservative and constitutional principles to Biden’s Great Reset agenda with a Marxist inspired woke majority on Capitol Hill. Biden’s despotic medical mandates that threaten the employment of American citizens violate federal and constitutional law and are stoking public unrest, along with open borders, reckless military policies, economic malaise, and racist education theory being pushed through public school systems, and these have all delivered a decisive red wave that seated a Republican governor in blue-leaning Virginia.

While searching for video clips that embody the distaste a majority of plebes are feeling, regardless of political affiliation, I found James Carville’s comments on PBS, Pelosi’s incoherent presser on infrastructure legislation, and Kamala’s attempt to connect trees, racism, and environmental justice via NASA to be last week’s winners.

Here is an excerpt from “A Revolution is Afoot and Masquerading as Civil War” published in Oct. 2020:

“Despite obvious similarities to civil war, exclamations for revolution in the U.S. are being heard from various factions, including the Democratic Socialists of America (DSA), whose priorities have infiltrated the progressive left on Capitol Hill and equate to a fundamental change in the character and government of our nation. It is not a joke that we are facing a 100-year communist agenda. For that reason alone, the current incivility reminds me of the ideological and political nature of the American Revolutionary War and not the American Civil War… and patriots converged into one of the revolution’s bloodiest and defining moments where brother fought against brother, neighbor against neighbor, and the peace of the Six Nations Confederacy was broken.”

One year later, the medical and political tyranny we’re living through threatens the cohesiveness of our society and pits neighbor against neighbor, brother against brother, and husband against wife due to mass societal menticide. Several states and counties are once again expressing the desire to secede from political and social divisiveness and bond with those of like mind.

U.S. faces a potential ‘secession crisis’ at home and ‘open conflict’ with China in the coming decade, says author who predicted 2020 unrest… “2020s will bring ‘creative destruction’ that pits boomers against millennials and challenges what it means to be an American.” – MarketWatch, Nov. 7

There are legislative and constitutional hurdles that are difficult to overcome and will blunt the success of secession attempts, but the simple act of communicating a sentiment of revolt sends a powerful message to politicians that must be heard if our nation is to achieve bloodless revolution.

Three rural Maryland counties threatened to secede from Maryland due to numerous disagreements with the progressive-leaning legislature in Annapolis. Their next-door neighbor in West Virginia welcomed the idea of merging with those counties. Two of the five Maryland legislators that traveled to Charleston in September suddenly withdrew their support and ended the attempt for now. The underlying issue appeared to be the Annapolis legislature whose approval was very unlikely.

“There is a strong sense of unrest and unhappiness among people in our rural area of the state and constituents have been asking to secede from Maryland for years” – Garrett and Allegany MD County Rep. Wendell Beitzel

“We’ve got it going on right now in West Virginia, We are knocking it out of the park. Why wouldn’t you want to come? We want everyone to know that we are standing here with open arms. We welcome these counties and would be tickled to death to have them and the great folks of that incredible state.” – West Virginia Gov. Jim Justice

Oregon has its own revolt going on, with 8 of 36 counties organizing a ballot initiative to merge a large chunk of rural eastern and southern Oregon with Idaho.

Harney County voters join others looking to join ‘Greater Idaho’… ‘“Rural Oregon is declaring as loudly as it can that it does not consent to being misgoverned by Oregon’s leadership and chooses to be governed as part of a state that understands rural Oregon’s values and way of making a living,’ said Mike McCarter, a La Pine resident who heads Move Oregon’s Border for a Greater Idaho… These ballot initiatives are non-binding; the point of them, McCarter says, is to force Idaho’s and Oregon’s legislatures to take up the issue, which is highly unlikely. If Idaho and Oregon were to negotiate a border adjustment, the U.S. Congress would have to sign off on it.” – KTVZ, Nov. 2

Colorado’s Weld County is seeking to secede and join Wyoming.

“‘Specifically, for those of us who live in Weld County, we live in a state who is no longer a minister to us for good,’ a pastor at the meeting posted to YouTube said. ‘The state of Colorado is at war with three major economic drivers for Weld County: small businesses, agriculture, and oil and gas.’”

“In my opinion, the major reason that the City Council is more inclined to annex into another county is the philosophical differences that Enumclaw faces being a rural community as compared with the majority of urban and suburban King County… Those differences relate less to tax and political representation and more to moral and ethical standards. And, I would state probably the largest divisive issue recently is in regards to the handling of COVID on issues such as mask mandates and vaccine mandates.” – Enumclaw Council Member Tom Savageau

In Georgia, Buckhead is the whitest and most affluent neighborhood in Atlanta, and it wants to secede and create its own municipality.

“They’re calling it ‘Buckxit.’ The proposal by the affluent Atlanta neighborhood of Buckhead — an epicenter of urban luxury — to break off into a municipality known as Buckhead City. The petition, now before the Georgia legislature, raises squirm-inducing issues of class, race and crime. Buckhead City, with 90,000 residents, would carve off a fifth of Atlanta’s population and be about three-quarters white (Atlanta is 51% Black). The secession ‘would strike at the power of Atlanta’s Black political class,’ per Bloomberg Businessweek. ‘Today, a mostly Black cast of elected officials is in charge of the largest city in the South, which has one of the highest concentrations of Fortune 500 company headquarters in the nation.’” – Axios, Oct. 8

Arizona doesn’t have a secession issue, but State Senator Wendy Rogers, who spearheaded a forensic audit of the 2020 election, has summoned a “New Declaration of Independence” calling for nationwide full forensic audits, decertification where appropriate, and a possible U.S. House session to address the fraudulent election.

Texas has a grassroots “Texit” campaign that is very clear about its objective.

“TEXIT is the term used to refer to Texas exiting the union and becoming an independent, self-governing nation.  TEXIT is not Texas independence. Rather, TEXIT is the process that gets Texas to independence. TEXIT means that Texans determine our own laws and not 2.5 million unelected bureaucrats in Washington. It means that we get a government that begins and ends at the borders of Texas. It means an end to the giant sucking sound of $103-$160 billion dollars per year being siphoned from the pockets of Texas taxpayers. Most importantly, it means that for the first time in our lives we control our own destiny.”

In my “Live Free or Die” state of New Hampshire, a state Legislator submitted legislation to secede from the U.S. and declare independence. That legislation ignited a grassroots NHexit campaign.

“New Hampshire Representative Mike Sylvia officially submitted language to the Office of Legislative Services for a constitutional amendment concurrent resolution (CACR). If the amendment passes the House and Senate with 60% of the vote in each chamber, it would be placed on the ballot in the November 2022 statewide election. If 66% of the voters choose to accept the amendment into the NH Constitution, it would immediately be added to our state’s governing document, and the Live Free or Die State would officially sever all ties with Washington DC, becoming a self-governing nation-state.”

The examples above are not the only states where some form of secession is taking place within its borders, but those serve as an overview. More drastic measures are beginning to surface that opine on outright revolution vs. a peaceful resolution. Let’s pray that our nation does not have to go there.

The Fate of the American Republic Has Been Sealed… “To survive, those conservative states populated with a critical number of Patriots must expeditiously NULLIFY the U.S. Federal Government for good!” – State of the Nation, Nov. 5

We are living in precarious times. Do not ignore what is taking place around the world and within our borders because a sudden and detrimental impact on your investment portfolio is possible at any time. Stay awake and aware. 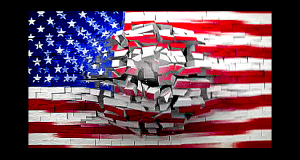