Can America Survive the Next Economic Reset?

It’s sad to say, but most folks aren’t prepared for financial problems. Crush the Street readers tend to be independent thinkers and ahead of the pack, but the masses aren’t predominantly savers, investors, or survivalists – indeed, one has to wonder whether they would survive at all if the you-know-what hit the fan tomorrow.

Time and again, I’ve tried to warn people about the large-scale loss of wealth that will occur when the quantitative-easing, easy-money Ponzi scheme comes crashing down. This message goes out mainly to the middle class, as the wealthy elites and deep-state operatives aren’t just sheltered from the coming storm – they’re the ones who’ll be orchestrating it in the first place.

Case in point: central banks around the world are stockpiling gold, while it’s been estimated that only one to three percent of the American population owns precious metals. Even in 2019, there’s still an aura of secrecy surrounding gold and silver – and of course, the powers that be would like to keep it that way.

Speaking of Americans, it’s frightening to consider how so many citizens remain unaware of the nation’s fall from grace: the United States is unlikely to retain its status for much longer as China and other economic superpowers gain the upper hand. At the tail end of history’s longest and most artificial economic expansion period, America’s slippage into an inevitable recession will be all the more painful and humiliating as a great nation loses its control over global affairs.

With most Americans unprepared on an individual level and the nation as a whole slipping into third-world status, the next recession will undoubtedly see the most suffering that any living person has ever seen, with the possible exception of anyone old enough to have witnessed the ravages of the Great Depression. Yet, at least people were generally civil during the Depression; could the next economic contraction lead to a much more violent outcome?

If anything, the next financial panic in America will resemble the fall of Rome more than the Great Depression: decadent, violent, and bearing a finality that will, unfortunately, end a chapter in the history books while concurrently starting a new one.

It certainly won’t be pretty – that’s for sure. Unity got America through the Great Depression, but unity is a much rarer commodity than gold nowadays in a nation sharply divided by class, ideology, and political affiliation; the timing couldn’t be worse as our citizens fight tooth and nail over each scrap of political capital as an election year looms while the nation falls deeper into debt, deficit, and decay.

That debt is approaching the shameful $23 trillion mark, and when the next financial crisis hits, it will be the final nail in the coffin for the U.S. dollar as a recognized and respected form of money. Unlike many citizens of India who carry some form of gold, Americans depend wholly upon fiat currency and a dollar crash would induce Venezuela-like conditions: store shelves with no food, violence in the streets, and citizens becoming entirely dependent on the state for subsistence. 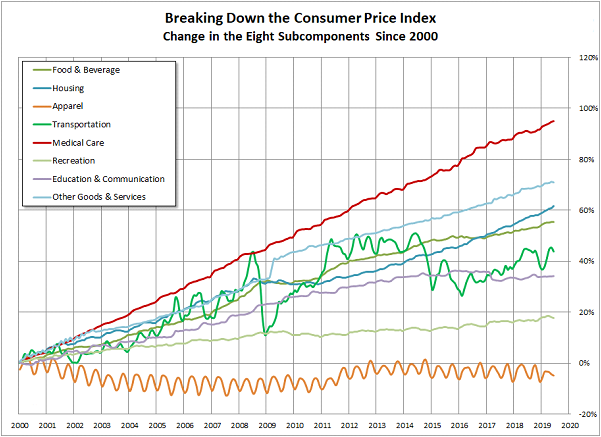 A divided citizenry won’t rush to give aid to struggling countrymen like the Greatest Generation of the 1930s and 1940s once did; it will be every man for himself, with the socialist wet dream of the ultimate welfare state becoming a sickening dystopian reality.

Debit, credit, and other bank cards will become useless plastic just like the dollar will become ineffectual paper. Guns, fuel, and durable foodstuffs will bear premium prices, and employment will become the ultimate luxury as jobs will undoubtedly be few and far between.

Scapegoating will become an art form as both sides of the political divide cast blame and aspersions in copious quantities. Demagogues will capitalize on the political upheaval; divide-and-conquer will be an easy tactic in a nation already rent asunder.

Can this bleak scenario be averted? Profound structural changes to the government are unlikely, but we can at least prepare ourselves on an individual and family-unit level. I recommend getting your house in order in anticipation of drastic changes ahead – early planning and a large dose of sanity will be your best shelter when the eve of destruction draws nigh.