Chasing Zero (Interest Rates, That Is): Is America Next?

During this time of hype and euphoria, it’s hard to find anyone on message boards, chat rooms, or social media willing to take a bearish stance. Everybody seems to believe that the current bull market in large-cap stocks cannot and will not end.

The perma-bulls certainly weren’t wrong to feel that way in 2019, a year in which the S&P 500 gained 29%, its best performance since 2013. January has continued the Santa Claus rally, with the S&P 500 now having gone 75 days without a 1% daily loss. Not coincidentally, that 75-day streak began right when the Federal Reserve started expanding its balance sheet.

If you’re a market watcher like I am, then you’ve seen this melt-up in action on a daily basis. All dips, no matter how small, get bought back up; even while the Iranian missile strikes against U.S. airbases were happening, the stock market averted a deep or sustained sell-off.

Pretty much everyone, market bulls included, agree that ultra-low bond yields are a major factor in the stock-market rally. As a result, President Trump is now flirting with the idea of negative interest rates in the U.S.: “We’re forced to compete with nations that are getting negative rates, something very new. Meaning, they get paid to borrow money, something I could get used to very quickly. Love that.”

Just a few days earlier, the President also touted negative interest rates but admitted the policy’s experimental nature: “Again, you don’t know where the hell it leads, but you borrow money and, when you have to pay it back, they pay you. This is one that I like very much.” The Bank of Japan and the European Central Bank have already implemented negative government bond yields, so the U.S. wouldn’t be the first nation to implement this policy. 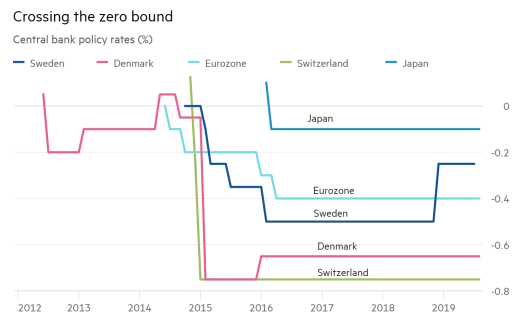 J.P. Morgan Chase CEO Jamie Dimon has recently expressed his “trepidation” over the unknown long-term impact of negative interest rate policy, observing, “It’s kind of one of the great experiments of all time, and we still don’t know what the ultimate outcome is,” and “In history whenever you’ve seen anything like that, it doesn’t necessarily end well.”

And so, as America chases not just zero interest rates but negative ones, informed investors must consider where we’re going from here. Even Dallas Fed President Robert Kaplan concedes that there’s a price to pay: “My own view is it’s having some effect on risk assets… It’s a derivative of QE when we buy bills and we inject more liquidity; it affects risk assets. This is why I say growth in the balance sheet is not free. There is a cost to it.”

While it cannot be denied that a stocks-and-bonds mix wouldn’t have beaten last year’s 29% gain in the S&P 500, it’s going to be awfully difficult to replicate that performance going forward. By just about any metric, the S&P’s valuation is sky-high, meaning that economic conditions would have to be absolutely stellar across the board to justify the current price, not to mention significantly higher prices. 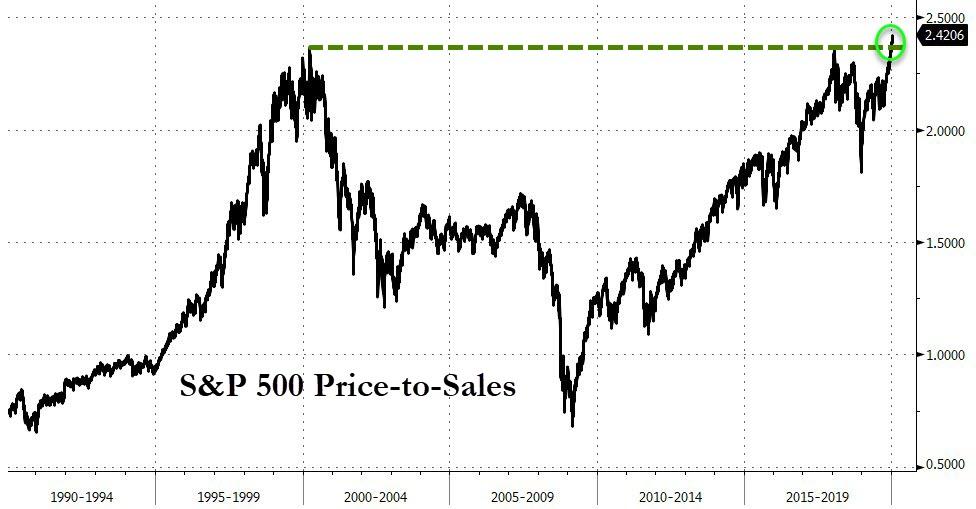 Many bulls will counter this with the Warren Buffett quote from May 6 of last year in which he famously said, “I think stocks are ridiculously cheap.” Few people paid any attention to the rest of his quote, however, in which Buffett said, “… if you believe… that 3% on the 30-year bonds makes sense.”

Buffett continued the quote with a strong suggestion that radical interest-rate policy isn’t sustainable: “I wouldn’t think you can have these things at these levels – long-term rates, interest rates, budget deficits  have that at a stable situation for a long period of time… The convergence of these factors would seem impossible to me.”

When Warren Buffett, Jamie Dimon, and even a Federal Reserve official are skeptical – while hopeful retail traders continue to buy into the Fed-fueled market rally – it’s time to put our enthusiasm on pause and consider whether chasing zero is a worthwhile pursuit, or a reminder of how far American fiscal policy has fallen.