You won’t hear Federal Reserve Chairman Jerome Powell jawboning for gold or silver in your lifetime, but right now America’s central bank is inadvertently ensuring much higher prices for “alternative” assets, including precious metals – and even Bitcoin.

That’s not what the Fed’s trying to do. Their prime directive is to promote government money (i.e., the U.S. dollar), Treasury bonds, and the stock market. But don’t misunderstand: they want high government bond prices, which means low yields for bondholders, and they want the dollar to be popular internationally, which means a cheap dollar (hence the Fed is preparing to let inflation “run hot” and “play catch-up”).

They also have to keep the markets calm even when the Fed itself is the one causing panic, like on the evening of September 15 when the overnight repo lending rate spiked to almost 10%. That event is known as the “repo-calypse,” but they’d prefer that we not talk about it because it’s embarrassing to admit that the government has lost control of the monetary structure.

September 2019 was the first time in a decade that the banking system was so cash-poor that the Federal Reserve felt the need to intervene and provide a series of emergency overnight cash infusions. In fact, the last time they did that was in 2008, right as the economy and markets were about to implode.

We’ve seen this movie before, and it never has a happy ending for the economy or the markets. In 2000 and 2007, the Federal Reserve constricted the money supply. After, they started to turn on the liquidity spigot again (shown in the chart below with the lines bottoming and then curling back up): 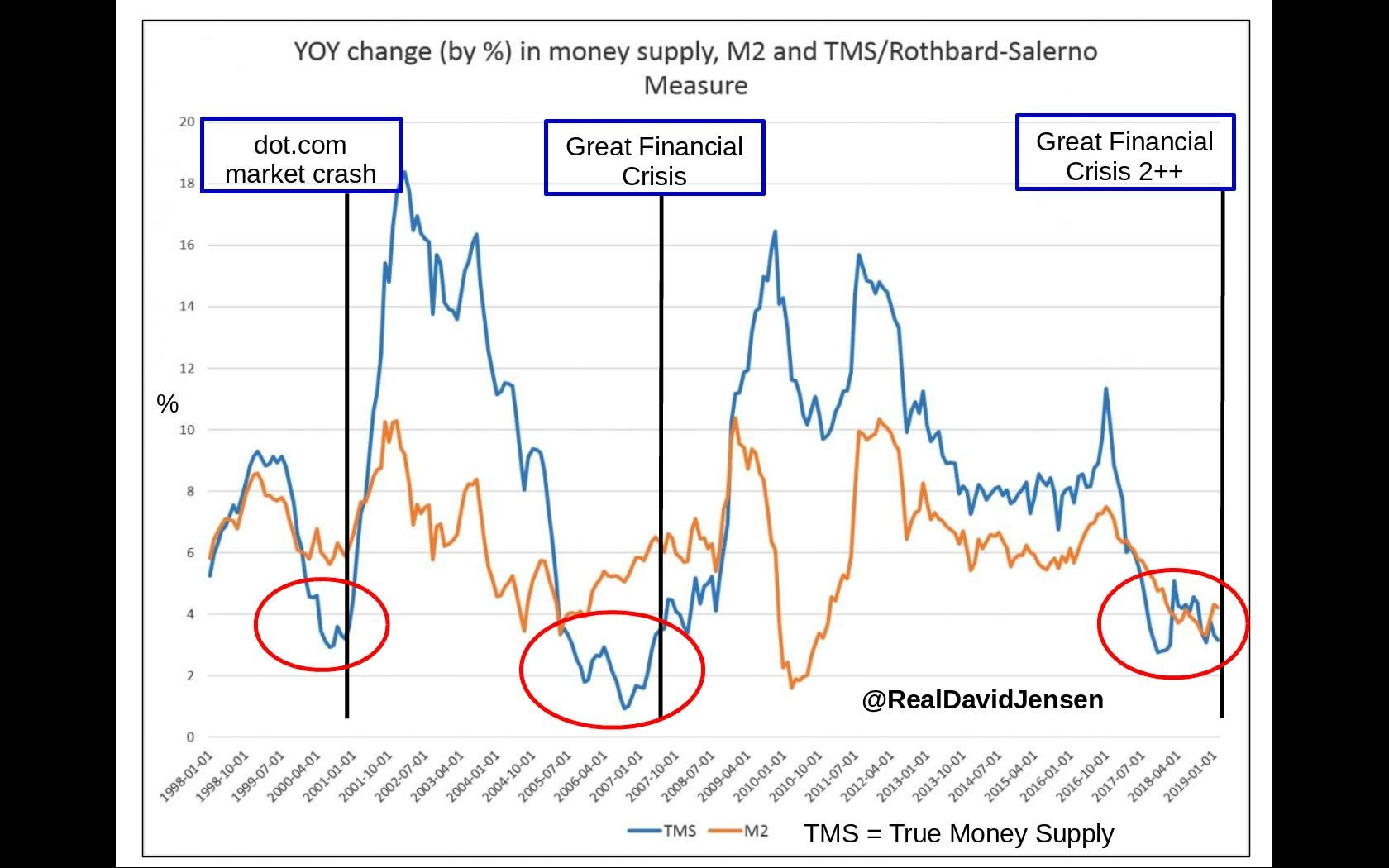 Not long after the lines hit bottom and started to curl back upwards, all hell broke loose and large-cap stocks capitulated. We’re seeing this exact same scenario play out now as the Fed floods the American banking system with cheap and endless money – a policy they’ll continue month after month regardless of the consequences.

For many years, I’ve looked to the commodity markets for an inkling of what’s to come. Compared to other markets, I’ve found that commodities like gold and silver “tell the truth” as to how the economy’s actually doing because they’re not prone to corporate share buybacks and other artificial short-term price inflation tactics. 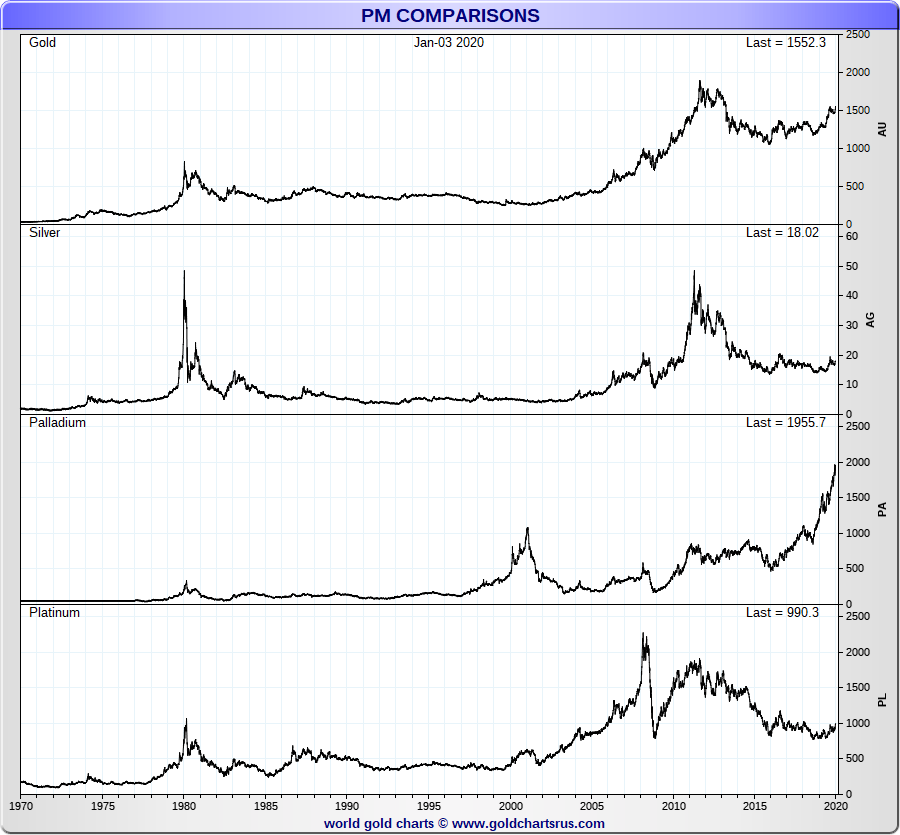 As you can see, the bear market in precious metals is old news (and it could be argued as being fake news) and a supercycle of bullish price action is underway. Technicians might advise taking profits on palladium at this time and shifting into gold, silver, and the underappreciated platinum, all of which are coiling for a massive move upwards.

These are all assets that have historically moved inversely to bond yields and the U.S. dollar – and the Fed has made it crystal clear that those government debt instruments will offer little to those who hold them in the coming years.

Bitcoin traders, incidentally, are also responding to the declining dollar. Like precious metals, Bitcoin is typically priced against the U.S. dollar if you’re trading it in America – and since the dollar saw its short-term peak in September/October of last year, Bitcoin has staged an exhilarating recovery as it prepares to break through the $9,000 resistance point.

Keep in mind that the halvening is only 117 days away, which will be the greatest monetary tightening event the world has ever seen. 86.6% of all Bitcoin has been mined already.

These non-government asset classes are as compelling as they’ve been in quite a while. We can thank the Federal Reserve for making gold, silver, platinum, and Bitcoin great opportunities as we dive deeper into 2020.

They didn’t mean to start the supercycle, but now they won’t be able to stop it.