The sense of frustration and disappointment can be seen in the eyes and heard in the words of Bitcoin investors in 2018. The contrast between this and last year’s price action is striking, as BTC touched $20,000 in December, only to fall to the $6,000’s by February.

For those who got in anywhere near the top, the rest of the year has been marked by a slow, painful bloodletting process in which every small pop is soon followed by a drop of equal or greater magnitude. And in an ultimate test of investors’ patience, BTC got stuck in a tight $6,000-to-$7,000 range from August to November, only to have the rug pulled out: 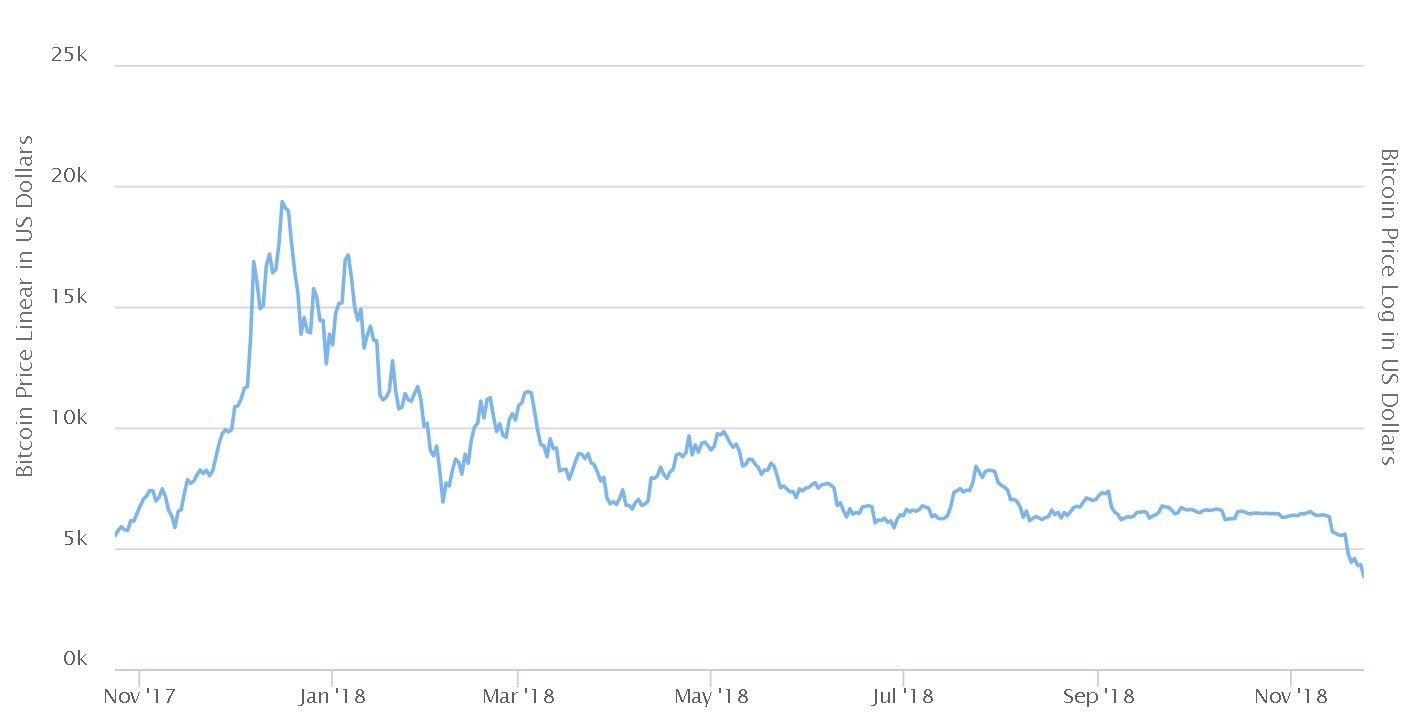 As I write this, Bitcoin is struggling in the high $3,000’s and financial news media sites are rife with words like “nosedive” and “capitulation.” Not that Bitcoin is the only asset class that’s under pressure right now, as oil and tech stocks’ woes are also well covered in the media.

But for folks who recently got into crypto investing – and for many among the growing cohort of millennial investors, buying cryptocurrency is their first experience in the investing game – the current bear market has been especially painful. And unlike oil and Apple, Bitcoin doesn’t provide the assurance of a lengthy, generations-spanning history of crashes and recoveries.

And yet, it does have a history of crashes and recoveries – just on an accelerated timeline. It’s kind of like playing a song on double speed: all the parts of the song are there, but just at a faster pace.

Seasoned crypto investors and analysts have seen Bitcoin stage numerous full recoveries from crashes – at least 11 prior to the current bear market:

Each and every time, BTC rose from the ashes, recovering all losses and eventually notching fresh all-time highs. Even if the current decline exceeds -80%, longtime Bitcoin investors could truthfully say, “Been there, done that.”

For anyone who was into cryptos in early 2014, you’ll know that the Mt. Gox debacle makes the 2018 crash feel like a cakewalk in comparison. A Japanese cryptocurrency exchange that handled over 70% of all Bitcoin transactions at that time, Mt. Gox got hacked and lost around 740,000 BTC (which, back then, amounted to 6% of all existing Bitcoins).

The resulting single-day drop in BTC was breathtaking:

There was less mainstream media coverage of cryptocurrencies at the time, but the major financial news outlets’ talking heads couldn’t resist proclaiming the death of digital assets. We now know that the reports of Bitcoin’s demise were “greatly exaggerated” (to borrow a phrase from Mark Twain), but all crashes of this magnitude feel like the end of the world while they’re unfolding.

Shifting back to the current crypto environment, what we’re seeing now isn’t a Mt. Gox type of situation, but more of a concerted price-suppression effort on the part of governments and central banks. These controlling entities have a vested interest in maintaining the current financial regime in which the U.S. dollar and a few other fiat currencies continue to rule unopposed: while BTC has a hard cap of 21 million Bitcoins, governments can print their fiat money with impunity.

That’s why we’re seeing a continuous verbal assault on cryptos: first came the salvo from Bank Underground, the blog of the Bank of England, which asserted that cryptocurrency has “zero value.” Next came Christine Lagarde, the President of the International Monetary Fund, who stated her belief that the government “should consider the possibility to issue digital currency.”

This was followed up with European Central Bank Executive Board Member Benoît Cœuré’s reiteration of Agustín Carstens’ claim that Bitcoin is “a combination of a bubble, a Ponzi scheme and an environmental disaster,” as well as economist and financial elitist Nouriel Roubini vociferously opining that “central banks should issue their own digital currencies” to “shut out cryptocurrencies.”

This type of pushback is to be expected as cryptocurrency and the blockchain move through the “early adopters” phase of the adoption life cycle that all successful disruptive technologies must undergo: 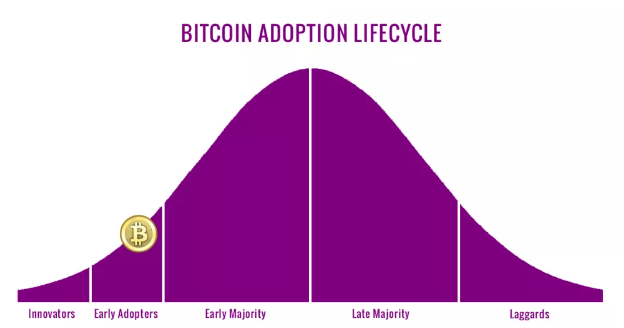 For every revolutionary advancement in history, there has been massive resistance from modern-day Luddites as well as from financial and political elites who would prefer to see the status quo maintained at all costs. I fully expect the mainstream media to parrot the crypto death knell rung by the central bankers and their cronies: it’s the path of least resistance, even if it holds no logical or evidentiary weight.

So, where do we do from here? If you’re a HODLer, you can revisit the history of Bitcoin crashes and take solace in the fact that BTC crash number 12 isn’t necessarily any worse than the previous 11, but only more widely publicized.

I believe the crypto space is far from reaching full saturation.

Consider venture capital investor Tim Draper, who stands by his prediction that BTC will get to $250,000 by 2022 and that the total cryptocurrency market capitalization will hit $80 trillion in the next 15 years.

I would be hesitant to take sides with the financial elitists and gloat that the U.S. dollar still has a trace of value left in it as they trash crypto while it’s down. It’s hard to buy the dips, but if you can stomach it, purchasing Bitcoin 80% off of its high could pay off big as the buildout of the sector charges on. We’ll be monitoring the big moves and how we can position ourselves to profit from these fast-moving trends.