I wouldn’t normally consider the Federal Reserve Bank of New York a beacon of truth, but I’m having no trouble believing them when they tell us that our debt is on the rise once again. Specifically, they’ve announced that total U.S. household debt increased by $219 billion (1.6%) to $13.51 trillion in the third quarter of 2018 – the 17th consecutive quarter with an increase.

I guess this means it’s “official” that our citizens are buried under individual mounds of personal debt, in addition to the humongous national debt that our government has amassed. The New York Fed also stated that the aggregate household debt is now $837 billion higher than the previous peak of $12.68 trillion in the third quarter of 2008 (i.e., a decade ago). 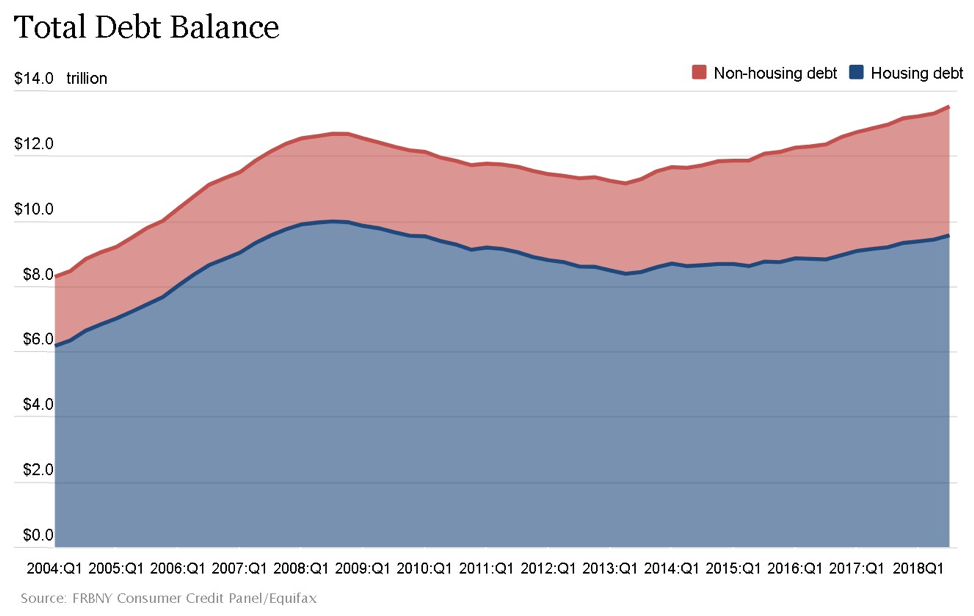 Looking at the chart above, we can see how it took nothing less than a full-on recession to reduce the household debt load… and only temporarily, as we’ve come right back up to the same level once again. You’ll notice that the majority of the debt is housing debt, but we can break down the non-housing debt into its component parts: 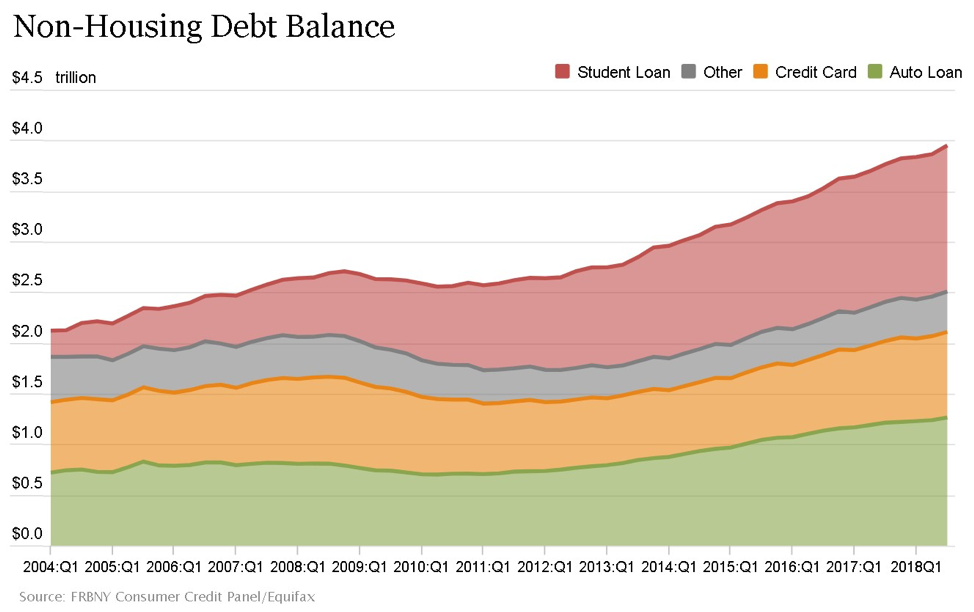 Sure, we’ve got the usual suspects: credit card debt, unpaid auto loans… but notice how sizable the student loan portion is, and how it has been expanding over time. Millennials will be hit hard very soon when interest accrues on those student loans, and the U.S. government doesn’t forgive student loan debt like it did in previous generations.

Not that baby boomers have it any easier when it comes to debt repayment. In fact, the New York Fed Consumer Credit Panel once found that the debt held by borrowers between the ages of 50 and 80 had increased by roughly 60% over a period of 12 years. To account for this, the New York Fed posits that “the credit boom preceding the Great Recession built higher consumer debt levels” for baby boomers.

No matter how you slice it, Americans in every age segment will, sooner or later, the price for our debt loads: 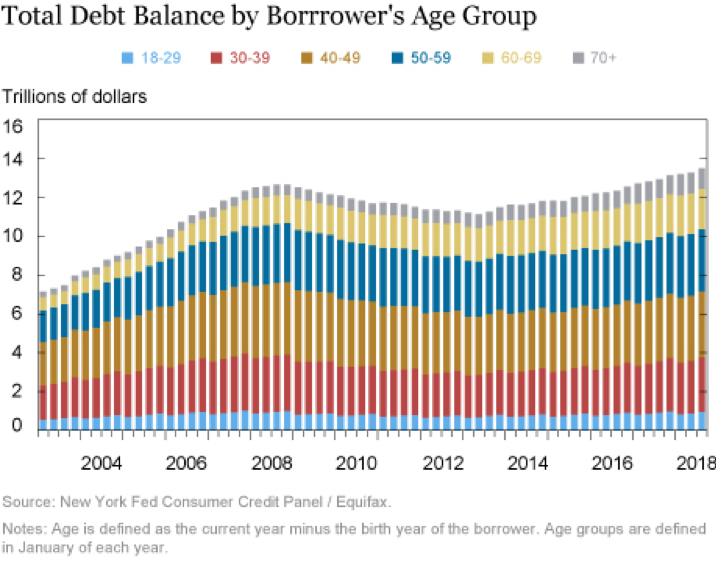 The New York Fed also found that not only are Americans saddled with increasing debt, but they’ve had their debt for a long time. The rate of 90-days-or-greater delinquency for credit card balances has been rising for the last year, they found, while the 90-days-or-greater delinquency rate for auto loan balances has been gradually trending upwards since 2012. 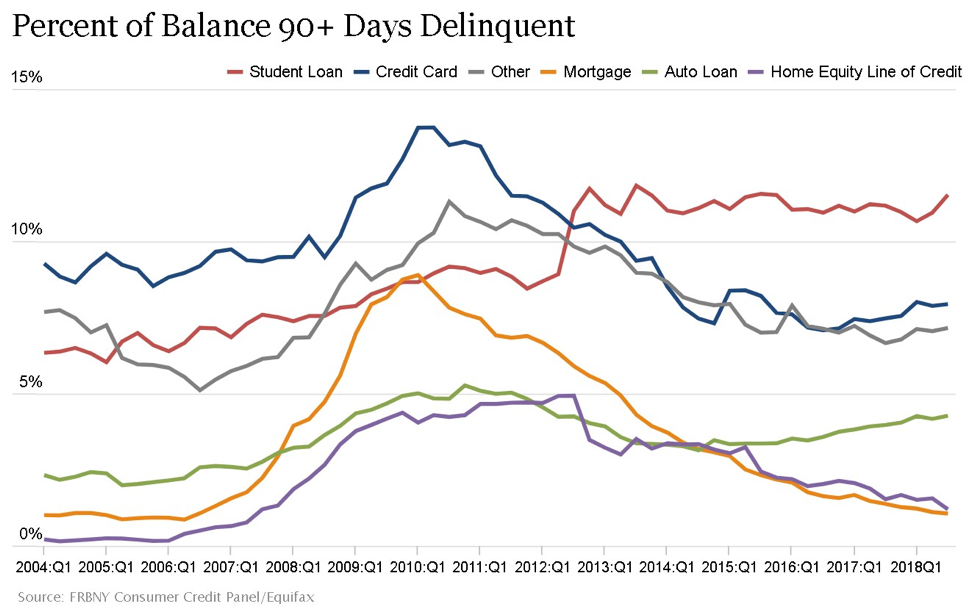 Moreover, the aggregate 90-days-or-greater delinquency rates increased in the third quarter of 2018; as of the end of September, 4.7% of outstanding debt was in some stage of delinquency – an uptick from 4.5% in the second quarter of this year, and the highest rate in 7 years.

These are the numbers given to us by the government; Heaven only knows what the actual numbers are. One thing, though, can be counted on: whether the American citizenry will be able to dig itself out of the crippling weight of personal debt is a question that will haunt the nation for years, if not decades to come.