If the American people ever allow private banks to control the issue of their currency, first by inflation, then by deflation, the banks and corporations that will grow up around them will deprive the people of all property until their children wake up homeless on the continent their Fathers conquered. – Thomas Jefferson

Ever since the U.S. Senate passed a $700 billion bailout bill in October of 2008, granting big banks carte blanche to overspend and overleverage while Main Street languished, I’ve lost all faith in our government to actually govern in any meaningful way. And my ire isn’t directed towards either party in particular, as the bailout bill was, if you recall, a fully bipartisan effort. 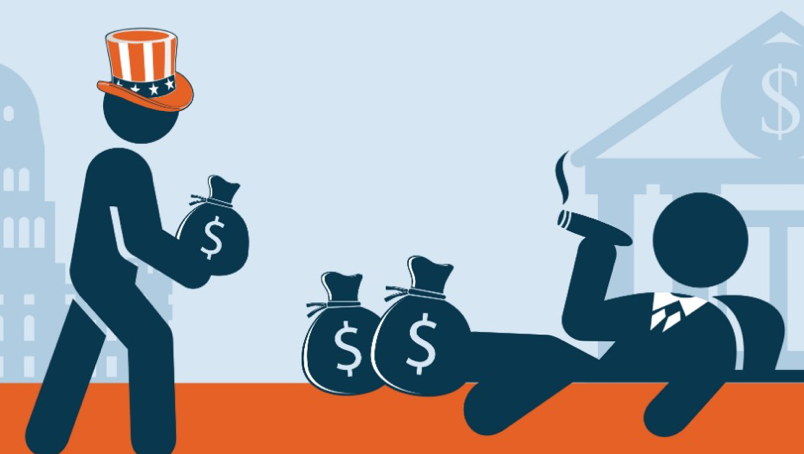 For another blast from the past, we can talk about TARP, the misnamed Troubled Asset Relief Program. This was the government’s response to the subprime mortgage crisis, and it consisted of our taxpayer-funded U.S. Treasury buying $700 billion worth of toxic – or “troubled,” to use the government’s euphemism – assets.

Again, TARP had taxpayers cleaning up the mess left by grossly mismanaged big banks. But of course these banks were “too big to fail” in the eyes of our elected officials, and if that meant raising the debt ceiling to $11.315 trillion, so be it – and that’s exactly what happened.

I believe that banking institutions are more dangerous to our liberties than standing armies. – Thomas Jefferson

Who benefited from TARP? Humongous companies like American International Group, also known as AIG, to whom the government committed $182 billion; other multi-billion-dollar beneficiaries of the program include such banking behemoths as Bank of America/Merrill Lynch, Citigroup, Goldman Sachs, J.P. Morgan, Morgan Stanley, and Wells Fargo.

Rather than force corporations to behave responsibly or face the consequences, the government has become party to the malfeasance as an enabler and abettor. If you’re looking for more recent examples of this collusion, believe me, there’s no shortage.

We can start with the Federal Reserve’s decision this year to give passing grades to Goldman Sachs and Morgan Stanley on their annual stress test, despite results showing the two Wall Street firms should have failed. This is 2018’s version of “too big to fail,” prompting two U.S. senators to write to Fed Chairman Jerome Powell that the passing grades “are effectively a gift to the banks… including executives well-compensated in company stock.” 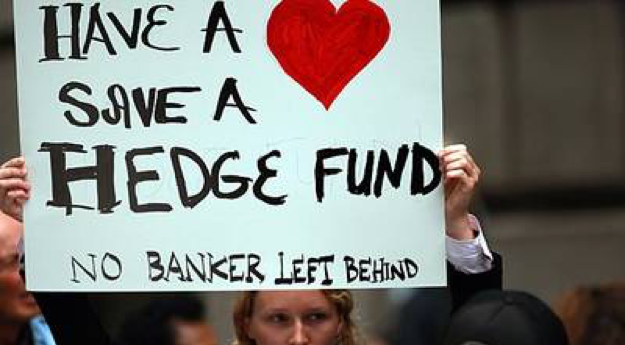 Or, we can cite this year’s attempt by the Fed to gut the Volcker Rule, which prohibits banks them from making speculative (i.e., excessively risky) investments with their customers’ money.  Under the Fed’s proposed revision to this rule, banks would establish their own risk limits.  Because the big banks have proven themselves entirely trustworthy and careful with people’s money, right?

The issuing power should be taken from the banks and restored to the people, to whom it properly belongs. – Thomas Jefferson

Our Founding Fathers equally distrusted banks and the government, and unfortunately the Federal Reserve is both of those things. Given the Fed’s shenanigans, one can only imagine that Jefferson, Hamilton, Madison, and company are rolling in their graves. And as citizens, as long as we allow it to continue, the federal government will gladly play the ignominious part of the Great Enabler.