Prepare for Epic Moves in Gold 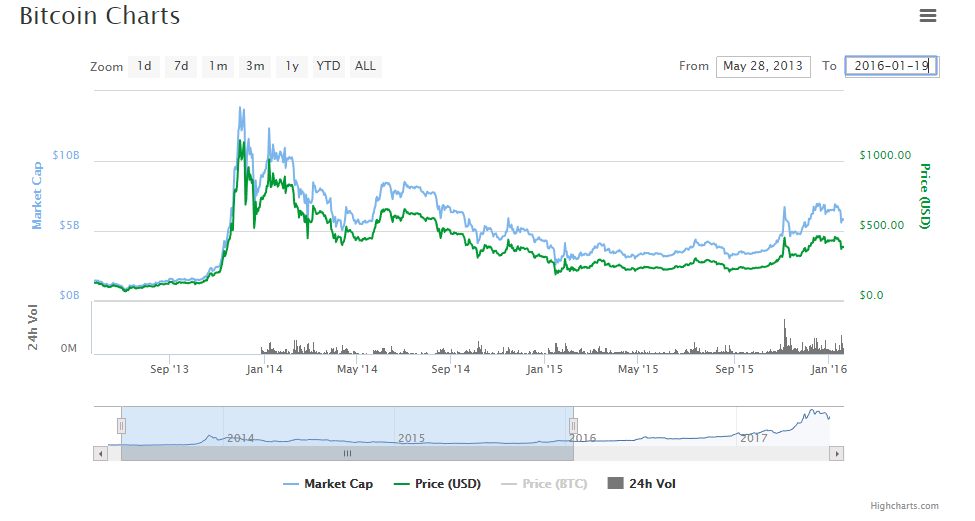 Over the last month, I’ve spoken with multimillionaires, entrepreneurs, and crypto experts, and everyone agrees that the 2015 lesson learned from Bitcoin was incredibly invaluable.

An Investment Opportunity of a Lifetime Was Seen

In 2015, there was fear, blood in the streets, and a lack of investor interest. The only real use that was happening was from people simply using it for its underlying purpose, which is to transact, store, and transfer wealth.

I’ve been pounding the table with interview after interview recommending people look into the crypto space because of the monetary revolution on the horizon, and here we are 2,000% later.

2015, the year Bitcoin largely traded in the $200 range, represented so much. It was a year of investor fear and prolific uncertainty. It was here that those looking at Bitcoin were wondering if the floor would completely fall out from under it and head towards zilch.

Despite its price, in 2015, the Bitcoin infrastructure was continuing to build out, and this was seen with a steady increase in the volume of daily transactions. At the beginning of 2015, average daily transactions were around 100,000. By the end of the year, that number was double, at 200,000 per day.

It was only when Bitcoin hit $1,000 that people started to acknowledge it, and even if they did, they called it a bubble and didn’t truly participate in the major gains that were there to be had. But the travesty is that it took Bitcoin going to $1,000 — a 500% return from $200 — for people to start to acknowledge it and ultimately watch it fly right before their eyes.

We can beat ourselves over the head for this time and time again or we can learn from this and be prepared for when the next big investment opportunity is presenting itself.

Understandably, you don’t want to be in a situation where you have to panic into an investment out of the sheer fear of missing out. You are much better off being positioned ahead of time and able to sit back and watch the fireworks take place. Many people did this, and some were even buying Bitcoin at $3,000.

I know this for a fact because if you look at the chart, when Bitcoin peaked at $3,000, that just so happened to be the time when transaction volume peaked as well. Euphoria set in the market.

Although I’m still very bullish on Bitcoin, nothing beat accumulating your Bitcoin in the triple-digit range and sitting back while Bitcoin is doing its thing, rather than finally deciding to buy in with Bitcoin now in its correction stage and some people down on their investments instead of up.

Having said that, at their current prices, gold and silver are in a moment of potentially exploding higher. You don’t want to sit on the sidelines now and worry about if the floor is going to fall out from under it because it’s highly unlikely, in my opinion. It’s time to accumulate and have a strong hand. This simply means to hold on, because prices are destined to go higher.

Unfortunately, it probably won’t be until gold goes past its $1,900 high that investors start to actually pay attention to it. And you know as well as I do that people will justify not buying then because they will want a pullback, which may not come at these prices. When Bitcoin retested its previous all-time high, it went on to nearly three times that valuation before seeing a meaningful pullback, and we are in a spot here where we may never see $1,200 Bitcoin ever again.

This could very well be the case when the engines start to rev up on gold.

Last week, the Fed raised the white flag on further rate hikes and said there won’t be any for the foreseeable future. This could be indicative of something bigger to come.

Andy Hoffman, popular precious metals analyst, has just come out and said that he has not been as bullish and confident about something brewing in precious metals as he is right now in 15 total years of following the markets. Something big is coming, and to avoid having to panic buy gold and silver at higher prices, I suggest you buy now so you can fully appreciate the explosive price rises.

I suggest you all get strapped in for the ride…

As a side note, I will be at the Sprott Natural Resource Symposium Investment Conference next week in Vancouver, and I look forward to being in the mix of the greatest minds in the resource space as we enter what could be a very fortunate turn of events.

Will keep you posted…