3 MILLION TO GO! 18 Million BTC Have Been Mined; Months Before Mining Rewards Halving

The Bitcoin network continues to run with zero downtime. This week marked a milestone event with the 18 millionth BTC being mined, meaning that just under 15% of the total supply of Bitcoin remain mineable.

It has taken just over ten years to mine the 18m BTC – the remaining 3m will be fully mined in approximately the year 2140 based on the hash rate and miners. 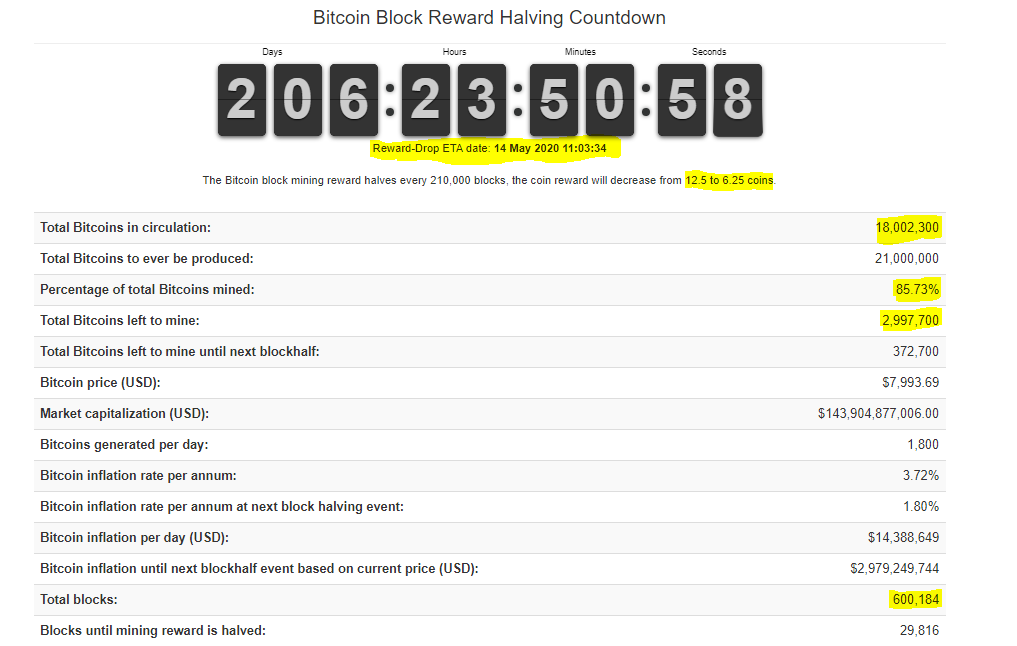 Another key milestone achieved is that the total amount of blocks created has passed 600,000. Each block takes an average of ten minutes to be generated, and this is one of the fundamentals that gives Bitcoin its hard money properties.

At the time of writing, 600,184 blocks have been generated and validated on the Bitcoin blockchain. Litecoin has over 1.7 million generated blocks on its network (which take an average of 2.5 mins to generate, compared to BTC’s average time of 10 mins).

Bitcoin is Getting Scarcer; Bitcoin 2020!

The introduction of newly-created Bitcoin has gradually slowed down over the years and will continue to do so until 2140. The less Bitcoin there are left to mine, the greater the scarcity. This is because of what is typically called the “block reward halving event.”

To put things into perspective, the Bitcoin blockchain undergoes a halving event once every 210,000 blocks. When each block is produced, miners receive a reward of 12.5 newly-created BTC.

After the halving event, this will drop by 50% to 6.25 BTC per block, increasing scarcity. This occurs roughly once every four years but can vary based on the hash rate and miners participating on the network. The next halving event is estimated to occur in early May 2020.

Block reward halving events have happened twice before and will continue to do so until 2140 as long as the Bitcoin system runs as expected:

(Note that future event dates could change based on hash rate)

This also affects the annual inflation rate of Bitcoin, which dramatically falls with each halving event.

Another reason why many view the mining reward halving as a significant event is the impact it has on the long-term and upward trend of the price of Bitcoin, which appears to be a series of cup and handle formations. 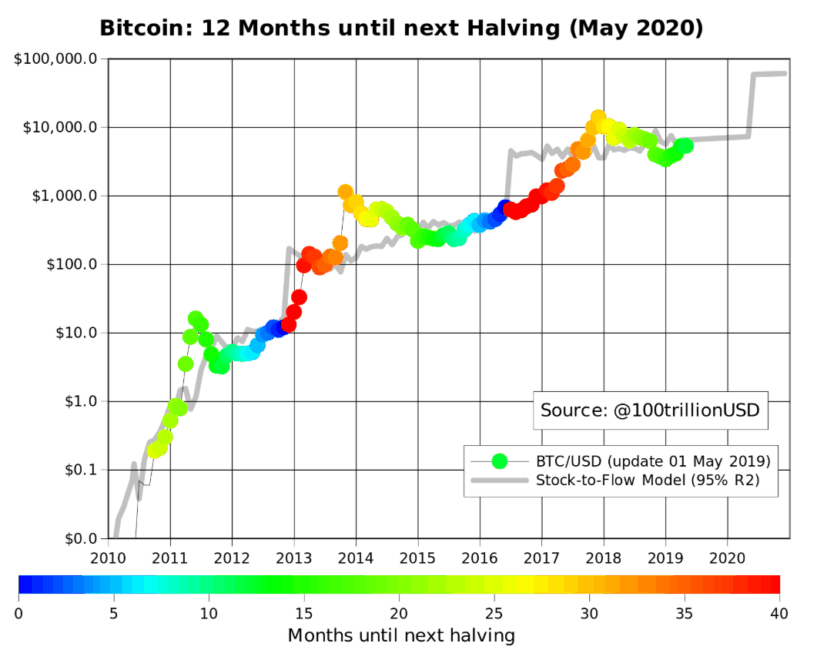 During the bear market of 2018, also known as “crypto winter,” analysts often looked at this trend to help decipher what stage within the downtrend cryptocurrencies were in at the time.

Pressure from increasing demand and greater scarcity not only pushes Bitcoin’s price but also has a direct correlation with altcoins. In turn, the block reward halving brings excitement for investors as a bullish sign.

Miners typically sell their newly-mined cryptocurrency to cover operation costs, so less coins generated, in theory, would mean miners HAVE to sell at higher prices in order to stay profitable and incentivized to mine on their respective blockchain.

With that being said, Litecoin’s block rewards halved during August 2019 and the next event is due in 2023. This triggered a price rally but was then followed by a heavy sell-off and reduction in hashing power on the Litecoin blockchain.

With the bulk of Bitcoin’s supply in circulation (including the millions of lost BTC), all eyes now look to May 2020 and the months following. This latest reward halving may be the most anticipated one yet! 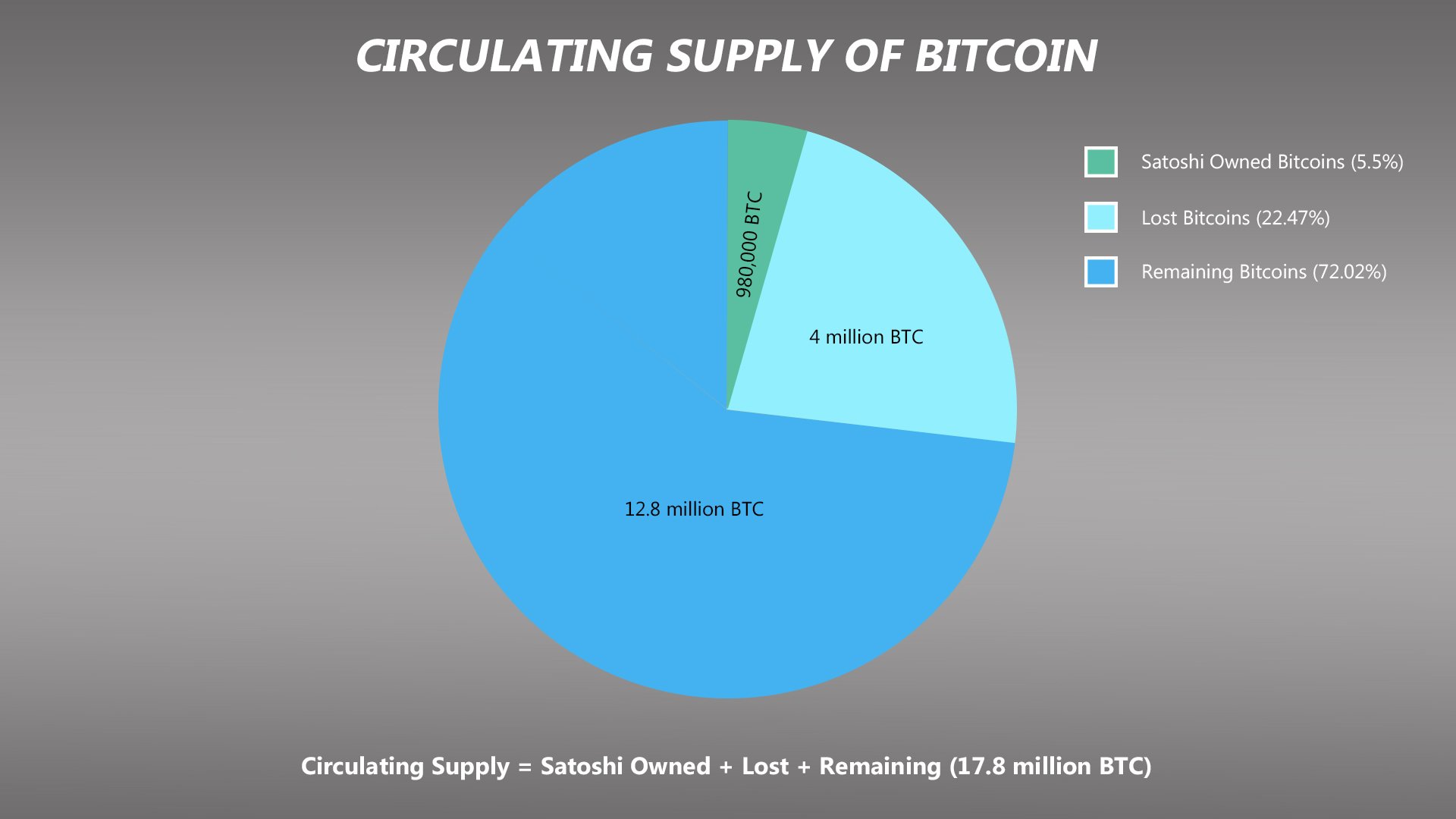 3 MILLION TO GO! 18 Million BTC Have Been Mined Months Before Mining Rewards Halving 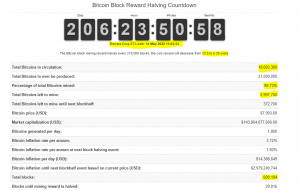 3 MILLION TO GO! 18 Million BTC Have Been Mined; Months Before Mining Rewards Halving