ALTCOINS POP and DROP! Who Pulls the Strings Behind Altcoin Season?

End of the Altcoin Wipeout?

Bitcoin has been running the show for the past months, with a price surge leaving most altcoins in stagnation!

It’s not a surprise that experts and analysts have been left baffled when Bitcoin quadrupled after its strong rebound at $3,200 and altcoins barely reacted and remain massively below all-time highs set in 2017.

As hope for altcoin season was almost completely gone, they broke out, with ETH, LTC, and other leading coins, such as Stellar, Tron, and Tezos moving up to 20% in some cases.

The irony this time is that it was Bitcoin’s turn to move sideways. In fact, Bitcoin barely moved, raising eyebrows and triggering talk of an altcoin bull run once more.

What Triggered the Alts? Here’s Some Ideas…

As I mentioned in the recent altcoin wipeout post, the majority of small-cap cryptocurrencies face huge liquidity and volume problems. The smaller digital assets and tokens listed on smaller exchanges are extremely prone to manipulation. Last year, a report highlighted that record levels of Ethereum were being purchased as investors sold ICO tokens that had low volume and lack of liquidity.

Manipulation in the cryptocurrency markets is a truth many have had to swallow. $10,000 Bitcoin has not caught the attention of the masses in 2019 like it did in 2017, and Google searches for Bitcoin are low despite attempts to manipulate the search trends.

If it is not retail investors pouring in, this could suggest that institutional money is having an impact on the crypto markets. Another catalyst could be that capital already within the market is being redistributed.

Simply put, the largest holders of digital assets (known as whales) could be recycling old money to temporarily move altcoins by sloshing capital around. Stablecoins could also play their role as an easy access haven outside of BTC and altcoin volatility.

Massive Opportunities if Altcoins Can Sustain a Fiery Bull Market!

With Bakkt’s Bitcoin futures platform launching next week and the price of BTC moving sideways in an area some traders are dubbing a “no-trade zone,” the market cautiously awaits the outcome.

Despite fortunes being won and lost in 2017, the alts have been rinsed since the start of 2018, with sentiment fully crushed as Bitcoin broke out at the start of 2019. This week’s unexpected rally reminds us all of the risky yet profitable opportunities this contrarian asset can provide. 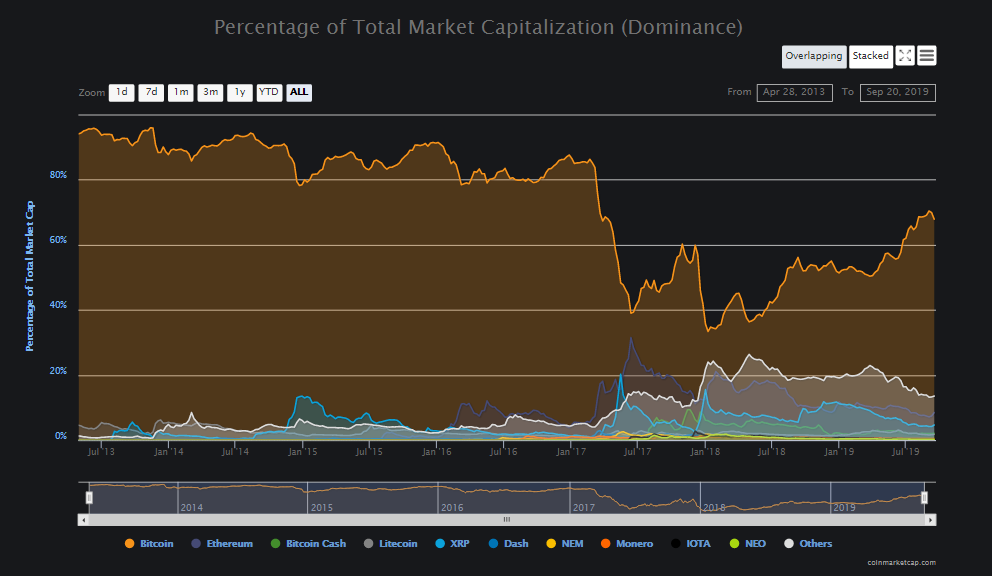 The dormancy of Bitcoin could fall into the favor of altcoins because Bitcoin usually prevents altcoins from moving independently and this “quiet” period for it could allow altcoins to gain. If they can retain their value and gain greater volume and liquidity, the next major altcoin season could be sustained and exceed what we witnessed in 2017 as the blockchain sector exponentially matures.