Artificial Intelligence is Here to Stay: How Will it Define Humanity?

Pandora’s Box is Open and Can’t be Closed!

At the start of the year, I wrote and theorized about blockchain tech and artificial intelligence being more intertwined than many previously believed, and projects like SingularityNET and DeepBrain Chain are enabling blockchain tech and A.I. to merge faster than ever.

Many will argue that A.I. does not truly exist and is an imitation of human behavior and intelligence, while others warn about the potential dangers of a computer outperforming a human’s mental capacity.

These are valid arguments and carry merit, but it has not stopped the advancement of artificial intelligence, complex mathematical algorithms, and their potential to disrupt millions of jobs in the decades to come.

Artificial intelligence is already being used. Whether fake or not, there are self-learning programs working as antivirus, data analysts, and even governing machines.

Fast data crunching algorithms can predict and evaluate a person’s future behavior patterns, similar to how website advertisements always know what to show just at the right time! 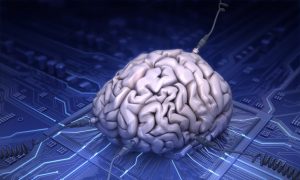 As artificial intelligence advances and takes a more personal role in our lives, a deeper understanding could be needed.

Should a Sentient Machine Have Rights? Sophia Does!

Singularity is a theory based on artificial super intelligence (ASI) surpassing human intelligence and radically changing civilization as we know it. Analysts believe this can and WILL happen within the next two decades.

The realm of artificial intelligence is complex and advancing faster than most other technological sectors, and simply looping all forms of A.I. in one category would be vague.

·         ANI – This is A.I. that specializes in one field, such as playing chess or analyzing traffic pollution. Any other task outside of its specialty would render it obsolete.

·         AGI – At this point, A.I. has reached or surpassed the intelligence of a human. It can adapt, plan, and solve problems, learning by itself.

·         ASI – By now, the A.I. possesses more intelligence than humanity combined, with its potential being limitless by our comprehension.

·         Emotional intelligence – It remains to be seen whether or not machines can truly understand and feel emotions. It is more likely in the short-term that A.I. will learn how to mimic our behavior patterns and facial expressions in order to communicate with people more effectively. 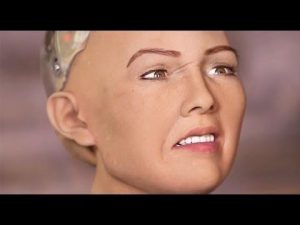 Most of the online services we enjoy (such as Siri, Google, and games) are ANI-based, developed to perform specific tasks.

Another question humanity may need to ask itself is what defines a life.

Human rights are birth rights for any man, woman, and child, but if a machine achieves the level of AGI or ASI and demands the same rights of any human, what does that make its users, creators, or even the business that purchased its complex algorithms to fulfill a task…?

Of course, this is theorizing, but this is already happening right now! Hanson Robotics’ (also behind SingularityNET) very own Sophia robot was granted citizenship in Saudi Arabia.

It also seems this difficult topic has been thought of before, as far back as the early nineties in an episode of Star Trek.

Brent Spiner’s Commander Data (a highly advanced android) is on trial to prove that he is sentient and entitled to the same rights and privileges as any human.

The blockchain is another technology that is destined to change the digital realm alongside A.I.

As reported on in a previous article, SingularityNET, developed by Hanson Robotics, the company responsible for creating the popular Sophia robot, aims at building a digital ecosystem for artificial intelligence to exchange information.

“SingularityNET should be understood as a structure and dynamic, that can be implemented with various different cryptocurrencies and distributed ledgers, rather than simply as an Ethereum app.

Another emerging project, DeepBrain Chain, has announced a partnership with SingularityNET, combining both of the digital marketplaces built.

DeepBrain Chain’s cryptocurrency (DBC) currently runs on the NEO blockchain and utilizes millions of nodes across the world, enabling data transactions to be exchanged by providers and helping to save A.I.-based businesses up to 70% in costs.

Disclaimer: This is not investment advice. Please do critical research before purchasing cryptocurrencies. The information in this article is for educational purposes, as there are no guarantees of anything.