Bitcoin Flash Pump to $5,000, Whats The Trigger? Is Altcoin Season BACK ON?

April Fools’ Day is one of the scariest days of the year for crypto enthusiasts, but today’s unexpected price surge is the real deal! 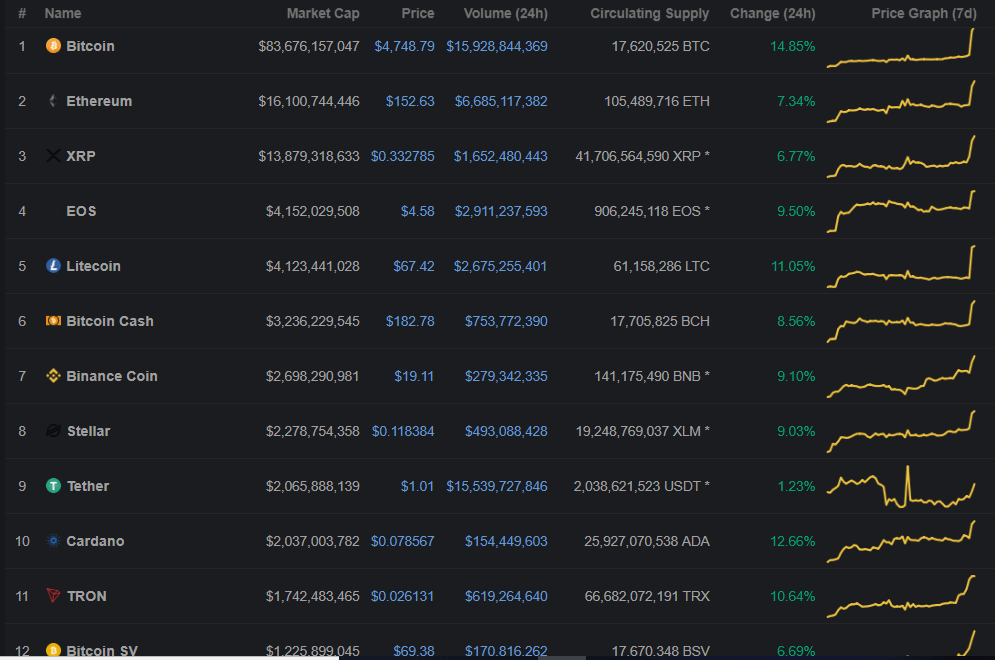 Interestingly, if we compare altcoins against Bitcoin, it’s a different story, with the majority of cryptocurrencies down in the last 24 hours and some experiencing losses of over 10%. 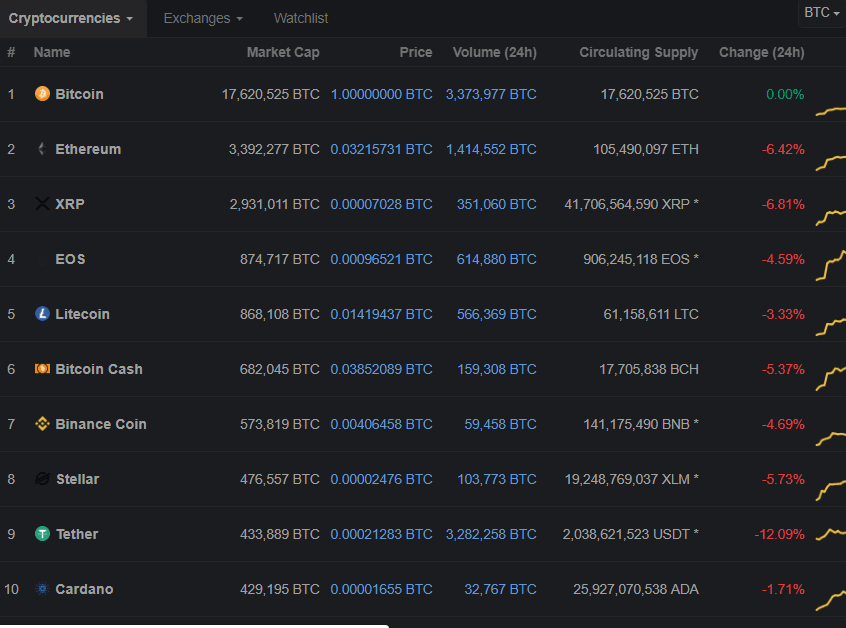 However this can change and altcoins can gain momentum against BTC without warning in the space of hours. 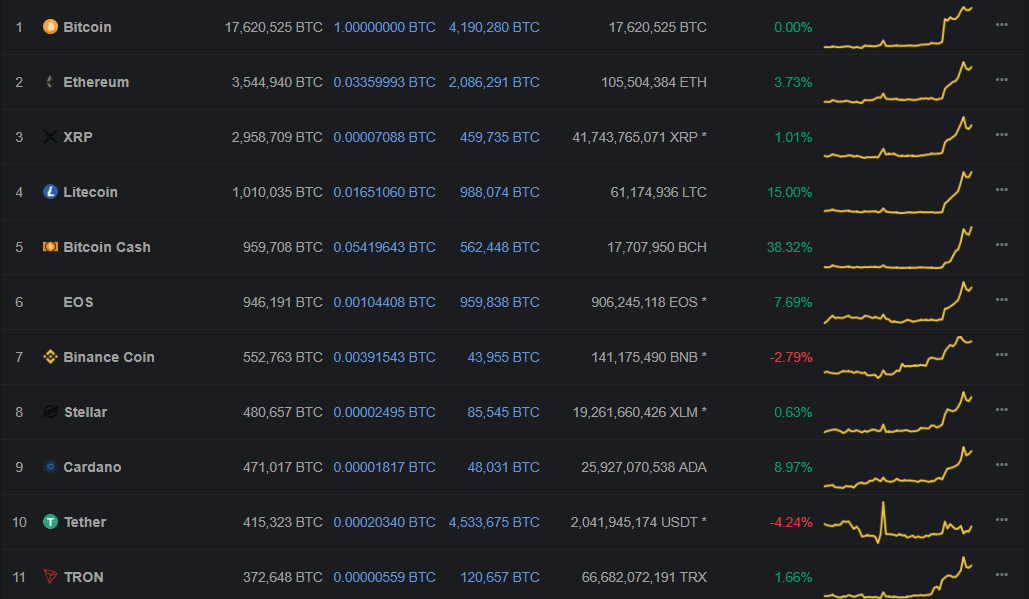 Despite the vibrant activity on crypto-Twitter, no official cause for the overnight rally has been identified. The most likely explanation could simply be a combination of different events contributing to the price at the right time.

Rumours of the Bitcoin ETF are still doing rounds on social media but many suspect this to be the result of an April fools prank! As stated above, April fool’s day is one of the scariest in the crypto community!

Many trying to short BTC were hit hard by the unexpected price rally, according to the Bitmex liquidation bot on Twitter! 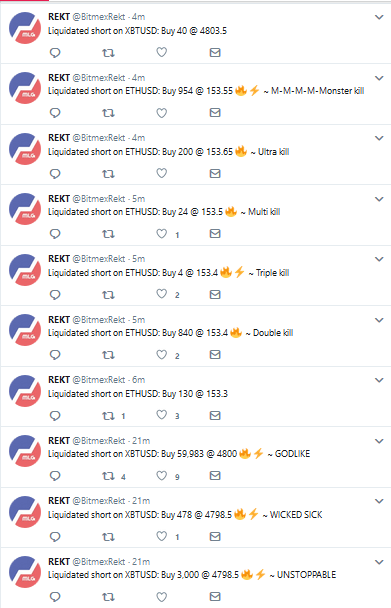 Technical analysis suggestions done on BTC/USD in the recent days have pointed to a key resistance level, and with the news of institutional capital entering the sector, market sentiment could be turning bullish again. 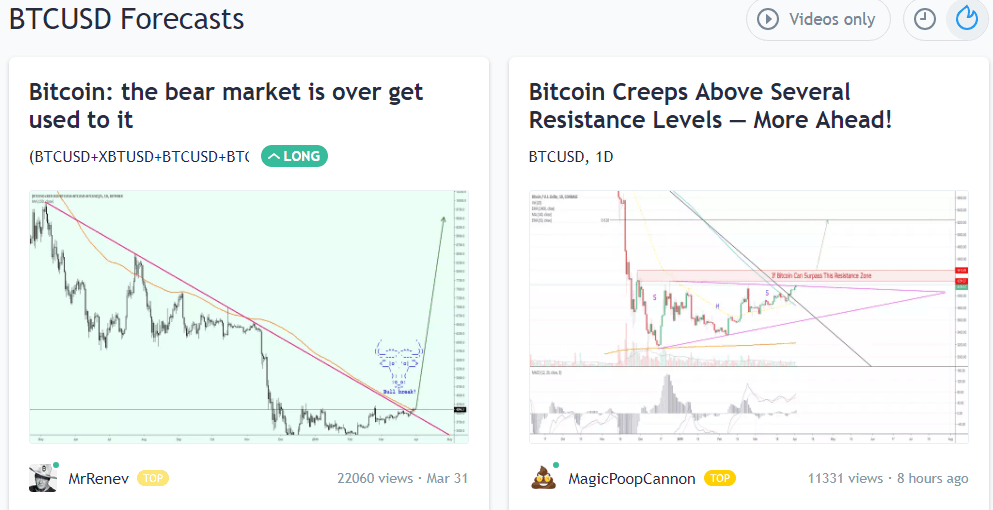 THE BIG QUESTION: Is it Altcoin Season?

Last April, we looked into the prospect of altcoin season, a term many traders and investors in the crypto community use to describe an uptrend in price and market dominance amongst altcoins against BTC and USD.

Altcoins have historically experienced an uptrend at the start of a new year. As a consequence, Bitcoin loses its share of the total cryptocurrency market cap but doesn’t necessarily lose in price or its own market cap.

A simple way to describe it is that the growth of altcoins extends the market cap of the cryptocurrency ecosystem, while Bitcoin still grows respectively. 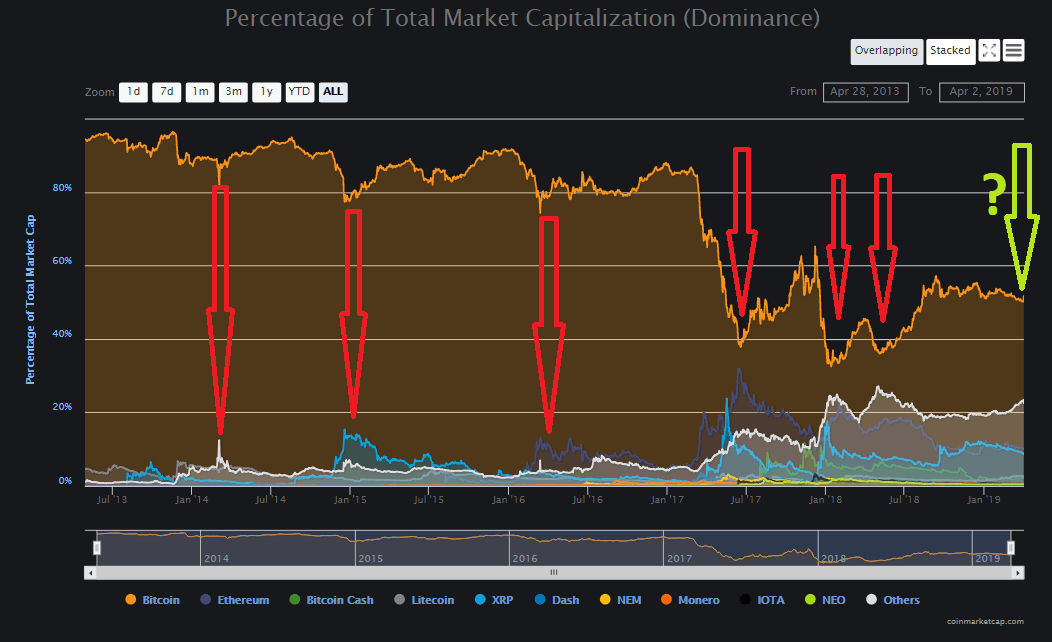 The majority of “other” cryptocurrencies (white trendline) are now leading, with a less volatile but upward trend in dominance.

Sharp rises like today’s are harder to sustain without critical volume and pressure from sellers taking profit. The week ahead will give us a better idea of whether $5,000 will be breached again. If Bitcoin can break through $5,000 and hold, it could be possible to look once again at $6,000.

Bitcoin Flash Pump to $5,000, Whats The Trigger Is Altcoin Season BACK ON