Bitcoin Silver? Yet Another Hard Fork, or are We Being Trolled?

Bitcoin Silver? Yet Another Hard Fork, or are We Being Trolled?

With the recent Bitcoin Cash and Bitcoin Gold hard forks and the upcoming SegWit2x fork, anyone holding Bitcoin has likely had their cryptocurrency collection expanded over the past few weeks, but as I asked in previous articles, are hard forks now becoming a way for people to create new coins, rather than being a method to enhance the software and expand on innovation?

Here are the prices of the three most talked about offshoots of Bitcoin at the time of writing (prices may change). 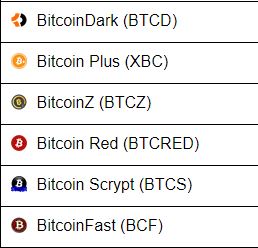 In total honesty, the last relevant, meaningful forks on the Bitcoin network were probably Bitcoin Cash and the activation of SegWit. There was a justifiable reason as to why it was needed: either users wanted bigger blocks or off-chain scaling. The market got what it demanded, and the two alternative solutions to Bitcoin’s development can progress onwards.

Bitcoin Cash was safe and of no risk to anyone holding Bitcoin. There was no behind-the-scenes pre-mine, development was on schedule, and it looks like Bitcoin Cash is here to stay, despite what critics say.

But this is a free market, and we are entitled to our own beliefs. If a team of developers wants to implement their own solution to Bitcoin, they can. The question is how many of these will genuinely survive for the long-term.

Bitcoin Silver Next, or Fake News?

Whether or not this will actually happen is still yet to be confirmed. You can read the full announcement about Bitcoin Silver here. According to the post, it will be using the GPU-friendly Equihash algorithm, making it similar to Bitcoin Gold and Zcash, and mining difficulty will be adjusted on every block. 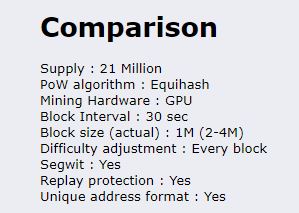 There is currently no white paper, no information on wallets, and no exchanges have made any statements towards this, though this could change as the weeks progress.

Do Not Submit Your Private Keys to an Unverified Wallet or Website for any Coin!

It is very important to remember not to submit your private wallet information to any website or wallet that is not trusted and verified. Doing so could enable bad actors to have total access and control to your funds at any given time.

The safest example of how to receive these new cryptocurrencies is what happened with Bitcoin Cash. With SegWit2x coming up, there could be further disruption, so safety and caution are always recommended.

To see the Bitcoin Silver announcement and read the comments on its thread, click here https://bitcointalk.org/index.php?topic=2311582.0