While Bitcoin’s dominance was dropping steadily as new altcoins and existing cryptocurrencies gained traction, the latest drop in crypto prices have shown a resurgence of Bitcoin’s dominance. Down into the 30% range at one point, it’s now back above 50% again and growing. This is a very telling figure that helps better understand what’s going on behind the scenes.

What is the Bitcoin Dominance Percentage Representing?

Essentially, its dominance is based on its market cap divided by the market caps of all cryptocurrencies combined. As of this writing, for example, Bitcoin is at $110bn, whereas the total of all is just $225bn. Back when it was 30%, if Bitcoin was at $30bn, the total would have been $100bn. So essentially, what this is telling us is that more people are dropping altcoins and moving back into Bitcoin itself – which is also shown by the various charts showing a ton of red due to massive sell-offs. 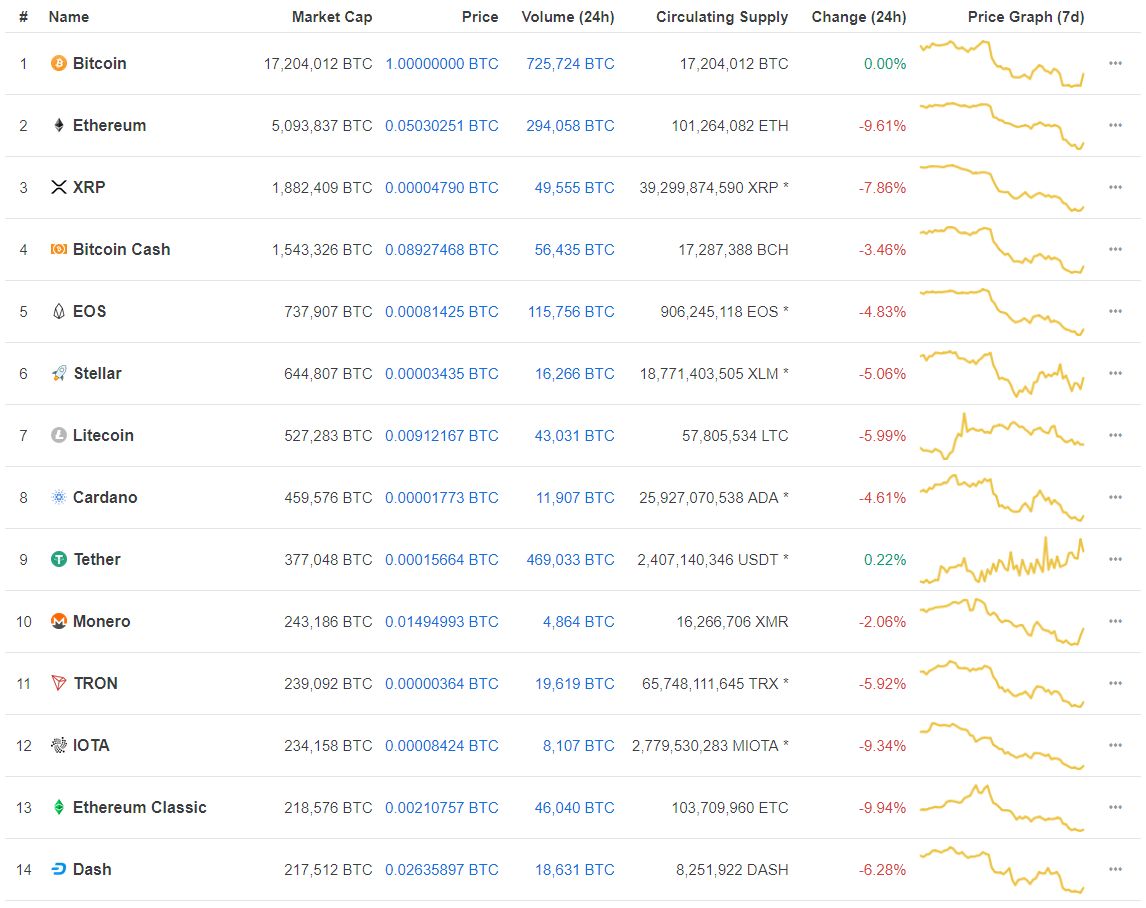 Why is This Happening?

It’s actually something that’s been coming for a while now. The simple fact is that there are just too many cryptocurrencies out there on the market (well over 1,800 as of yet). The vast majority of them have no use or value, so they are used purely as speculation. And since you must enter one of the main coins (such as Bitcoin, Ethereum, or Litecoin) to get into the smaller altcoins, it further detracts from their usability. The crypto “hype” is largely over for now, leading many to start re-evaluating what they were doing in the first place. Far too many people were throwing their money into random coins in the hopes that they would increase in value significantly, instead just posting massive losses. If anything, this current phase can be looked at as a sort of “contracting” one, where the market is finally condensing into the coins that have shown they have utility, backing, and have been around long enough to gain trust within the markets.

What to Expect Going Forward?

While this isn’t a definite, the hope is that with the SEC now cracking down on ICOs and various government institutions taking a role in cutting back on the number of scams within the crypto space, the number of altcoins will start to subside. There were far too many (and still are) that do not even have development teams behind them, where the goal is just to obtain as much money as possible before allowing the project to die. As they raised funds, they were calculated into the market cap of all cryptos, dropping Bitcoin’s dominance as they did. So as things continue to work themselves out over the near and medium future, we should see its dominance hit a fairly steady point – at least until amazing new projects (legitimate ones) start to take over. In the meantime, do not take what is happening as a sign that crypto is dying. At the end of the day, this is just part of the cycle it needs to go through.