According to a recent survey conducted by Edison Research, Facebook has lost an estimated 15 million users in the U.S.A. since 2017, with a further estimate of 65 million people using Facebook today, down from over 80 million in 2017 (ages 12-34).

The recent breaches in users’ data, privacy, and ultimately their trust are the likely catalysts for the slump in active users over the last two years, however, social media users are flocking to newer platforms, such as Instagram, which is also owned by Facebook! 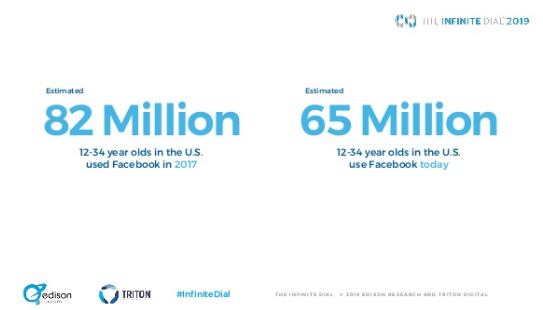 Can Blockchain Save Facebook From Becoming the Next Myspace?

Since the string of controversy, Facebook has attempted to repair damaged relations with its user base. CEO Mark Zuckerberg has even discussed integrating blockchain technology and cryptocurrencies into Facebook and its sibling platforms, such as WhatsApp.

Analysts have estimated that a cryptocurrency developed by Facebook could be worth billions and create an entirely new revenue stream for the social media giant. Estimates state that around $19 billion in additional revenue could be achieved!

Blockchain can give users a greater level of anonymity. Facebook is actively expanding its blockchain development team, and this could be the key for the next step in Zuckerberg’s grand plan to revitalize the online presence of the company.

Privacy for users is another area of business Zuckerberg wants to improve, with plans to bring encrypted messaging services and make Facebook more privacy-focused.

“I believe the future of communication will increasingly shift to private, encrypted services where people can be confident what they say to each other stays secure and their messages and content won’t stick around forever. This is the future I hope we will help bring about.“ – Mark Zuckerberg, Facebook CEO 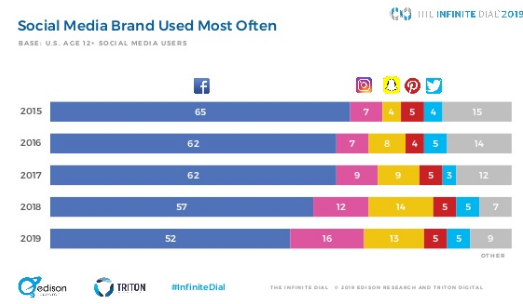 Despite turbulent years as of late, Facebook remains the giant in social media and a leader in advertising. With the number of monthly active users up, experiencing an increase in older users, and the majority of young users leaving to its sister platform Instagram, Facebook is certainly not going anywhere and could only benefit from a savvy revamp!