Could Your Favorite Altcoin be CRIPPLED by a 51% Attack?

Over 200,000 ETC Double-Spent! Many Proof-of-Work Cryptocurrencies are Sitting Ducks!

We’re barely into the new year and confidence in the security of many cryptocurrencies is deeply shaken.

Earlier this week, Ethereum Classic (ETC) suffered a merciless 51% attack, allowing the attackers to violate ETC’s immutability by reorganizing blocks on the network and effectively double-spending over 200,000 ETC, worth roughly $1 million at the time of the attack according to Coinbase.

The attack, which happened Jan 5th, 2019, prompted major exchanges to halt trading of the ETC token and comes one month after Ethereum Classic’s main development team shut down due to lack of funds.

“We observed repeated deep reorganizations of the Ethereum Classic blockchain, most of which contained double spends. The total value of the double spends that we have observed thus far is 219,500 ETC (~$1.1M).” – Coinbase Statement

A 51% attack can take place when a miner has over 50% of the total hash rate/processing power of the respective blockchain; once this is achieved, the attacker can overpower honest miners, decide which transactions can be confirmed, and as we witnessed with Ethereum Classic, they can reorganize the blocks containing honest transactions.

Evenly distributed and high amounts of hashing power with incentivized miners are crucial for cryptocurrencies such as Ethereum Classic, Bitcoin, and other similar coins.

Cryptocurrencies that use the Proof-of-Work algorithm rely on the hashing/processing power of miners to process and confirm transactions and data on their blockchains.

It’s a delicate balance, as the network needs a sufficient number of miners to prevent a backlog, but the mining power must be evenly distributed to avoid a singular, dominant miner being able to take control.

Dash Could be Next! Bitcoin Gold, Verge, and Vertcoin are All Previous Victims, and There are Many More Potential Victims…

Unfortunately, this isn’t the first time we’ve covered 51% attacks. Last year, Bitcoin Gold, Verge, and Vertcoin experienced attacks, and to add pressure to the ongoing situation, the cost of attacking these blockchains that have millions and billions in capital is extremely LOW-COST! 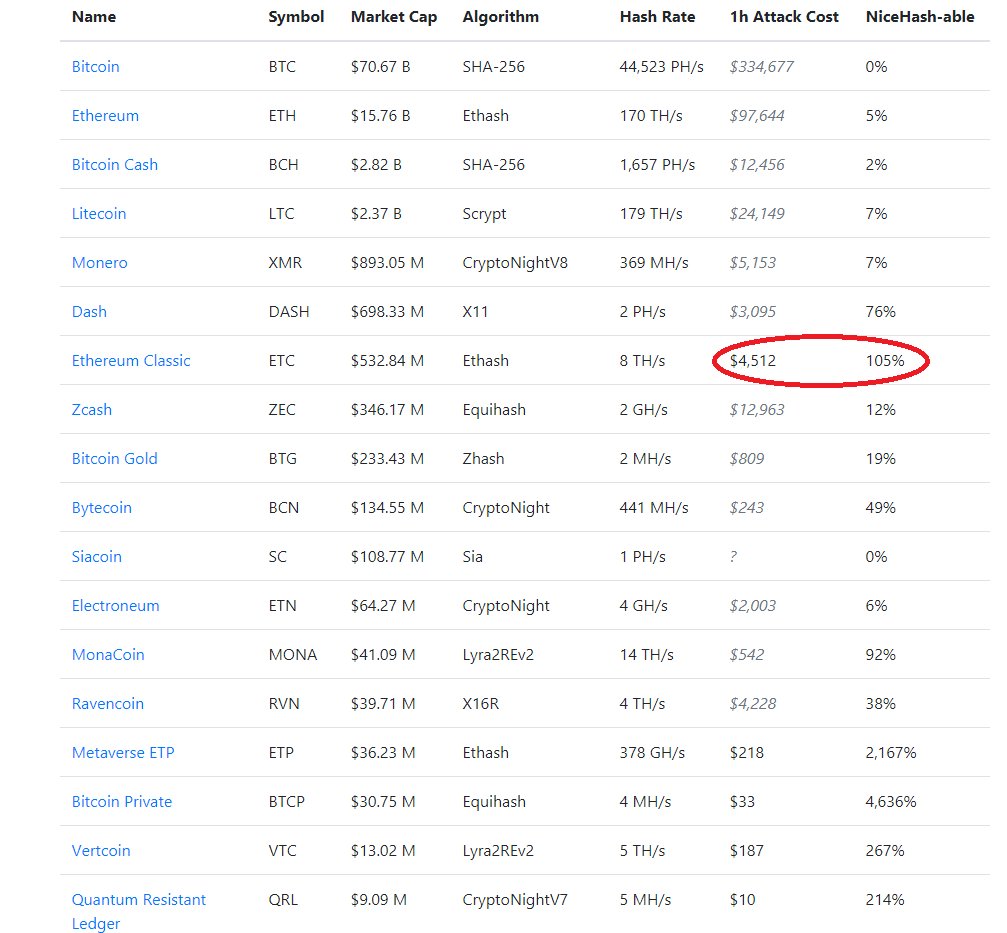 Nowadays, a troublesome attacker does not need to own the mining hardware; they can simply rent the hash power through cloud mining platform NiceHash and slaughter many popular altcoins. For example, to attack Dash it would cost just over $3,000 per hour to own the majority of its hash rate…

Back in 2016, smaller blockchains were faced with attacks and being held ransom. In theory, this could again happen with small cryptocurrencies in 2019. 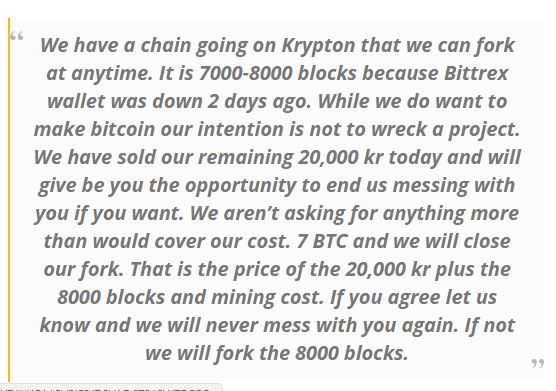 This is Why Bitcoin is the Safer Digital Asset

Attacking Bitcoin with a 51% attack and double-spending the coins is unlikely at the moment. It isn’t impossible, but it would cost over $300 thousand per hour to attack and would have zero effect. In the space of four hours, an attacker would have theoretically spent over $1 million, with nothing to show for it.

As with any form of technology, and especially something of such value as Bitcoin, security is critical. So far, Bitcoin remains the most immutable and mathematically secure digital asset of its kind. How  smaller Proof-of-Work altcoins will survive these uncertain times still remains unknown.

Without a secure network, it’s hard to imagine how these weaker protocols will retain their capital in the long run and gain the trust of users in the future to transfer value or innovate on top of its platform. 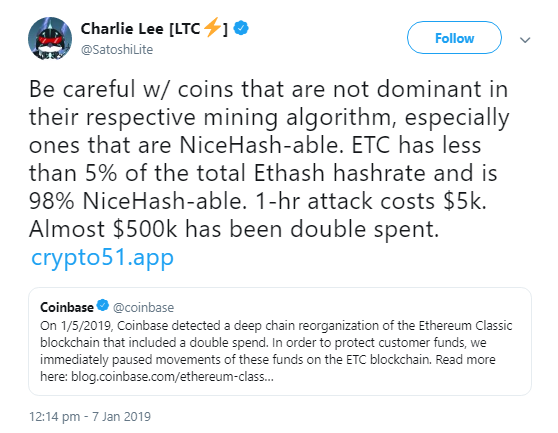